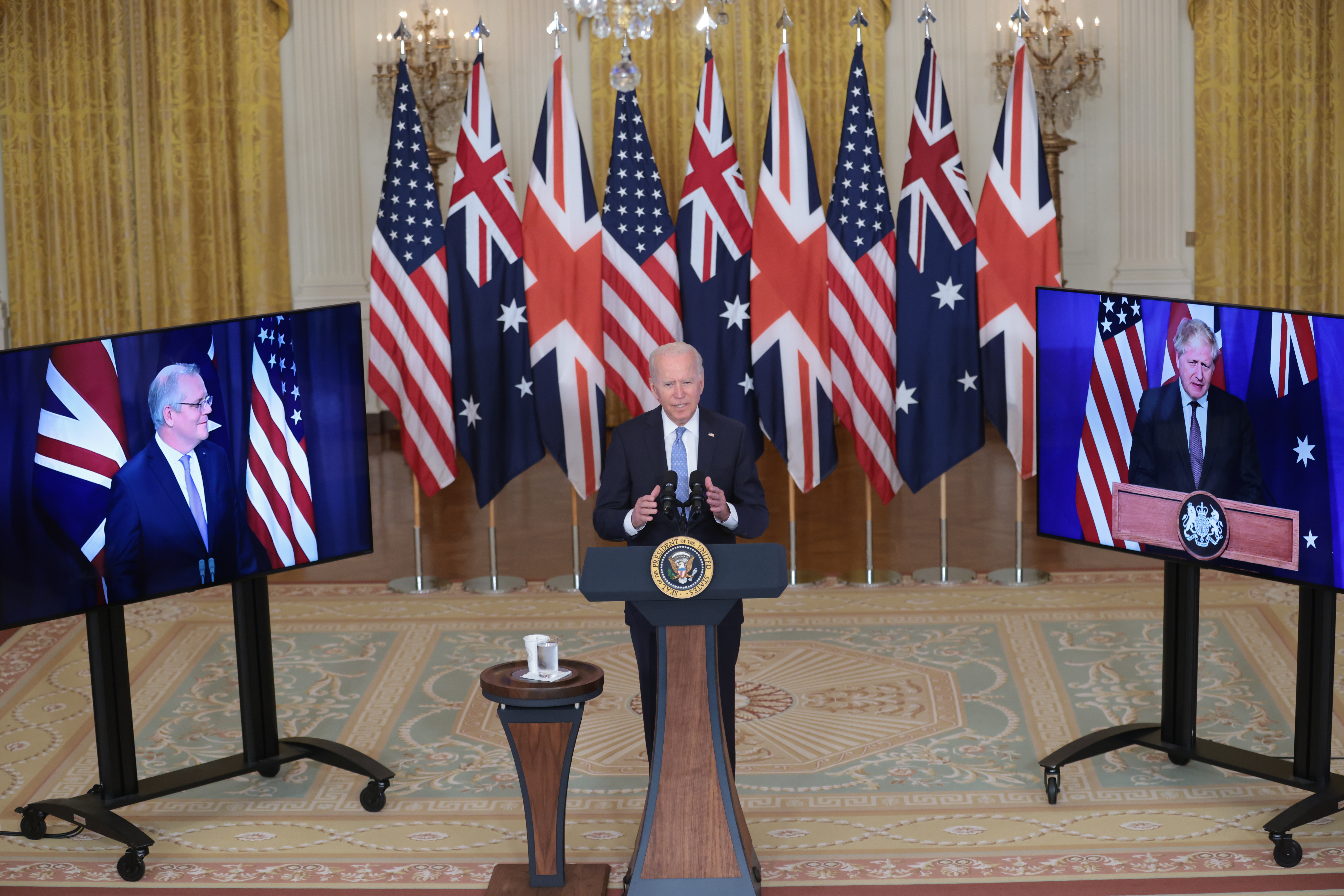 Last Thursday’s announcement of Australia’s plans to pursue nuclear-powered submarines and the launch of AUKUS — a new security grouping between Australia, the United Kingdom, and the United States aimed at promoting information and technology sharing as well as greater defense industry cooperation — will be serious considerations for Canberra’s neighbors and key strategic partners, particularly Indonesia. Despite the periodic disruptions, Australia-Indonesia ties have continued to deepen. Both sets of foreign and defense ministers met in Jakarta on September 9 for the seventh “2+2” meeting, upgrading existing bilateral agreements, announcing new initiatives, and pledging to uphold regional order. In light of this seemingly positive trajectory, how are these developments being viewed in Jakarta?

Starting with the submarines, one of Jakarta’s major concerns will be the impact on the region’s military balance. Not only will Australian nuclear-powered submarines be able to undertake long-endurance, high-speed, stealth operations, but they could be equipped with upgraded missile systems. The Indonesian government issued a statement on Friday saying that it was viewing the submarine decision “cautiously” and was “deeply concerned over the continuing arms race and power projection in the region.”

To be clear, the long-range operations that Australia is likely to pursue won’t be in the seas directly to its north. And while strategic trust and communication have improved in recent years, suspicions arising from Australia’s involvement in East Timor’s independence ballot and revelations of Australian spying remain. These open the door for hawkish figures in Jakarta to call for more muscular military capabilities in light of a potentially threatening southern neighbor. As Evan Laksmana flagged on Twitter, questions will be asked about whether Australia will take its new subs further down the nuclear road, going quickly from nuclear-propelled to nuclear-armed.

Also of concern to Indonesia is how Australia’s enhanced ability to conduct long-range operations, particularly alongside the U.S. and other Indo-Pacific partners, will factor into Beijing’s strategic calculus. The Indonesian government’s statement reiterated Foreign Minister Retno Marsudi’s declaration after the recent 2+2 joint press conference that both Australia and Indonesia were committed to be a part of an “effort to maintain peace and stability in the region.”

Canberra’s decision to power up its maritime capability, in addition to the assets of other allies and partners, increases the costs for China to engage in conflict. However, this could equally provoke China into developing more sophisticated anti-submarine options and expanding its operating areas, both of which would generate anxiety not just in Jakarta but in other Southeast Asian capitals.

Raising the costs for major Indo-Pacific powers of going to war is in Indonesia’s interests, but not if that means China has greater maritime capabilities which threaten Indonesia or are used in grey-zone operations. Strengthening the Indonesian archipelago against maritime incursions has been a particular concern for President Joko Widodo’s administration, with Chinese fishing fleets accompanied by coast guard and other vessels flagrantly operating in Indonesia’s exclusive economic zone.

The threat of the Chinese navy has remained over the horizon. Jakarta has watched Beijing use not just white but grey hulls against the Philippines and Vietnam. While Indonesia has been slowly modernizing its military, particularly its navy and air force, the government would prefer to focus on internal matters like post-COVID-19 economic recovery and infrastructure upgrades.

Looking more broadly at the launch of AUKUS, from Indonesia’s vantage point it is a sign of greater Australian alignment not just with the U.S.’s strategic interests but with its identity. AUKUS is a pact described by the White House as binding Australia “decisively…to the United States and Great Britain for generations.” This coalition, as John Blaxland wrote, “puts more eggs in that basket,” sending an even clearer signal that Canberra is investing in a strategic destiny tied to Washington.

The optics of AUKUS contrast with Canberra’s desire to expand its regional outreach. The government’s 2020 defense strategic update clearly states an intent to deepen Australia’s alliance with the U.S.. But it also says Australia will “prioritise [its] engagement and defence relationships with partners whose active roles in the region will be vital to regional security and stability, including Japan, India and Indonesia.” Australia’s increasing appetite for greater Association of Southeast Asian Nations (ASEAN) engagement as well as for trilateral groupings with India and Indonesia and with India and France (possibly awkward under a cooling-off period) suggested a posture leaning towards regional enmeshment and away from American dependence.

Despite concerns in Jakarta about appearing to contain China, the Quad’s inclusion of Japan and India render it a more credible grouping of Indo-Pacific states with, crucially, both Western and Asian representation. In some ways, AUKUS could become a necessary complement to regional strategic bonds like the Quad and the U.S.’s bilateral alliances.

If optics matter, history does too. Certainly the U.K. has interests in the Indo-Pacific and is playing a more active role, particularly in the South China Sea. However, AUKUS feels like a throwback to the colonial era, when Great Britain held strong interests in the region via its colonies in South and Southeast Asia. There are benefits in keeping the U.K. engaged in the Indo-Pacific beyond the Five Power Defence Arrangements, yet from an Indonesian point of view, AUKUS risks entrenching even further a Western-dominated narrative about regional order, sidelining Asian states, especially Indonesia.

Since U.S. President Joe Biden took office, Indonesia hasn’t received any official visits by high-level American officials, despite Vice President Kamala Harris traveling to Singapore and Vietnam in August and Defense Secretary Lloyd Austin visiting Singapore, Vietnam, and the Philippines in July. While Deputy Secretary of State Wendy Sherman dropped by Indonesia, Cambodia, and Thailand in May and June, the Jakarta Post’s editorial team expressed disappointment in the “two successive snubs.” An unsocialized announcement that potentially heightens a sense of military competition in the region is certainly not going to ease these concerns of dismissive exclusion. In this Western-led vision of the Indo-Pacific, AUKUS unequivocally signals which relationships really matter for Australia.

While it’s early days for AUKUS, the pact will bring a number of key technological benefits for Australia — in cyber capabilities, artificial intelligence, and quantum computing, among others. And there is comfort in that.

However, it’s worth remembering that what helps some in Canberra sleep better may keep others in the region up at night.