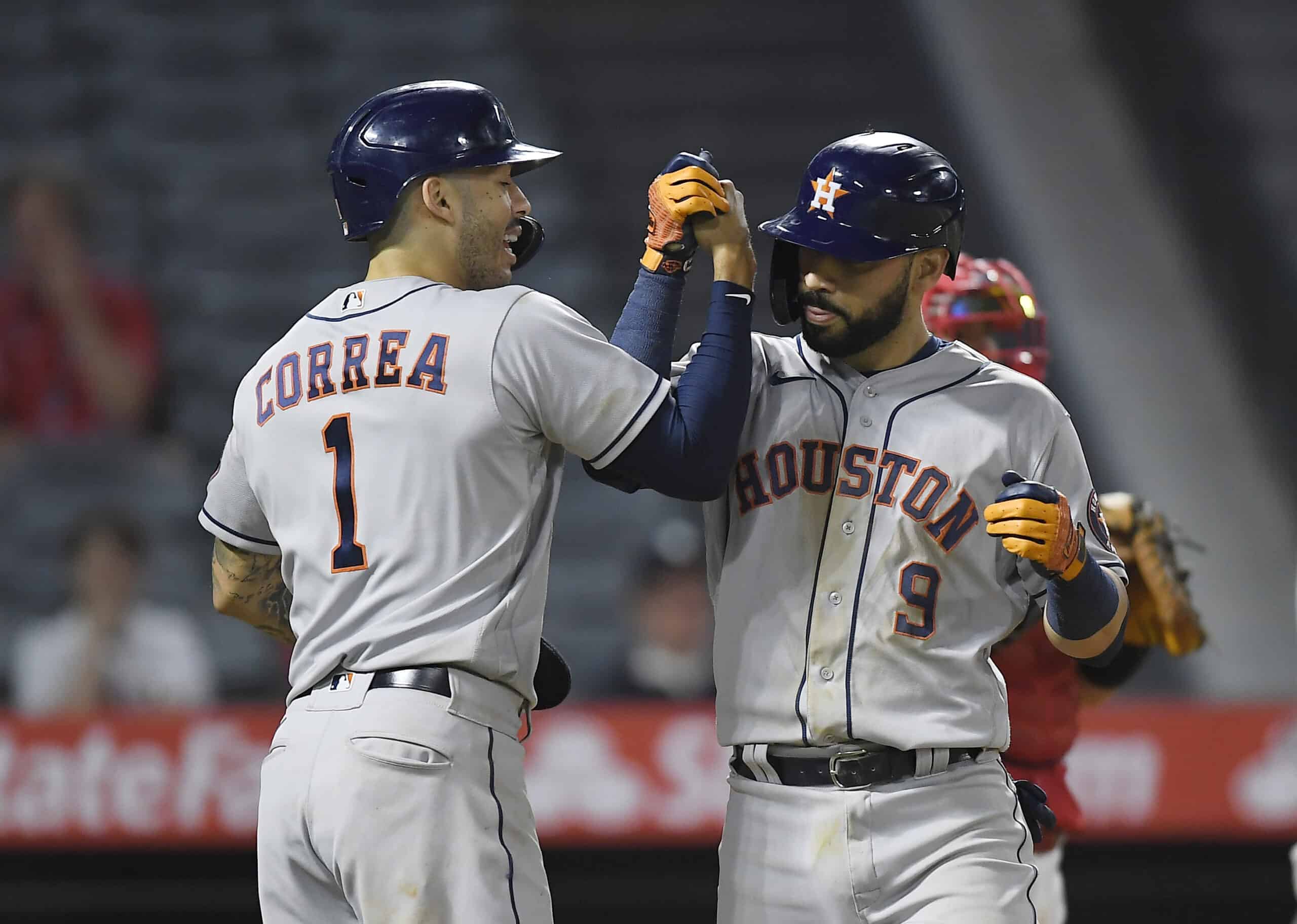 The Houston Astros are well on their way to their fifth consecutive playoff appearance.

Houston has essentially already won the AL West division, but the club still has a lot to play for over the final couple of weeks of the regular season.

Before the regular season ends, there will likely be a lot of shuffling in the American League as it pertains to seeding.

The Astros currently hold the No. 2 seed in the AL, but that could change.

The team could realistically finish anywhere from No. 1 to No. 3.

Houston’s target, obviously, should be to capture the top seed, which is currently held by the Tampa Bay Rays.

How realistic is that goal?

The Astros Are Still Within Striking Distance, And They’ll Meet The Rays For A 3-Game Set Next Week

At the moment, the Astros trail the Rays by 3.5 games for the AL’s top spot.

Although it’s getting a little late in the season to reference strength of schedule metrics, it’s worth noting that Tampa Bay has the third-toughest remaining schedule in MLB compared to the eighth-toughest for Houston.

That should give the Astros a bit of an edge the rest of the way.

Moreover, if the Astros find a way to stay within an arm’s length of the Rays over the next week or so, then that will set up a very intriguing three-game series between the two teams starting next Tuesday.

A sweep would do wonders for Houston’s chances at snagging the No. 1 seed.

That series is surely going to get some national attention given its implications.

Fans certainly have the three-game set circled on their calendars.

Even Though The Astros’ Focus Should Be On The No. 1 Seed, The Team Also Needs To Be Protective Of Its Current Spot

Yes, the Astros’ goal should be to grab the No. 1 spot.

But also, the club needs to make sure the Chicago White Sox don’t emerge from the shadows and steal Houston’s No. 2 seed.

The Astros only lead the White Sox by a half-game, and if Houston gets too comfortable, the team could find itself in the No. 3 slot when all is said and done.

To state the obvious, there is a big difference between having the No. 2 and No. 3 seed.

The No. 2 seed gets home-field advantage in the division round of the postseason, while the No. 3 seed does not.

Given the fact that these will be the first playoffs with fans back in the stands, it’s probably a safe bet that the atmospheres are going to be electric.

That will make home-field advantage even more important than it typically is.

The Astros likely know this, and they just need to take care of business from here on out.

Right now, Houston just needs to take things one day at a time.

The team currently has the luxury of playing the Los Angeles Angels in a four-game set.

The Astros already won the first game of the series in convincing fashion on Monday.

If Houston were to find a way to sweep the series, the club would be in great shape heading into the penultimate weekend of the regular season.