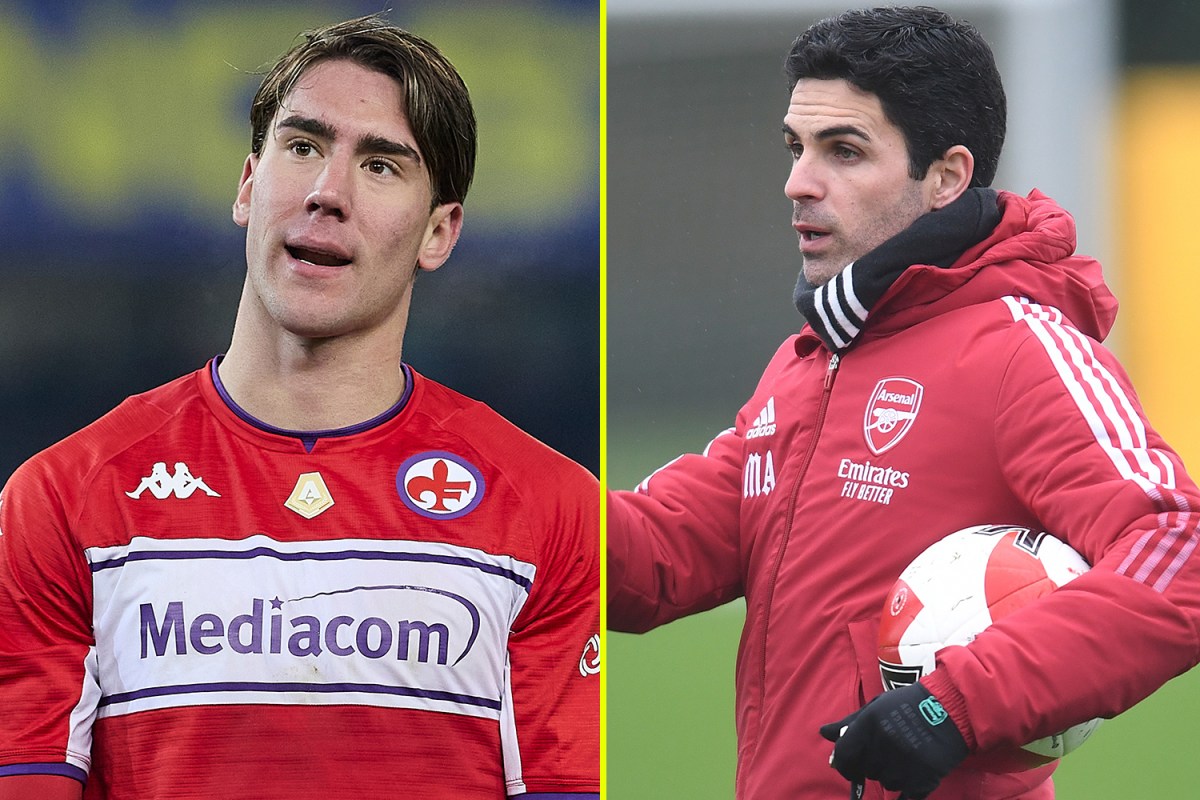 When asked about the 21-year-old during his pre-match press conference ahead of the Carabao Cup clash with Liverpool this Thursday, he refused to comment on the rumours linking the Fiorentina forward with the club.

However, he did state that the Gunners are capable of attracting the best players in the world – even without European football.

As well as Arsenal, Vlahovic, who has scored 16 goals in Serie A this season, has been linked with Manchester City, Juventus, and Real Madrid.

But Arteta insists his side can compete with those European heavyweights in the transfer market.

“I don’t know,” he said, when asked if it’s realistic to pull off a big-money signing without European football.

“Anytime I have spoken to any player, they were so willing to come, I haven’t faced any other situation and that’s one of our biggest powers, our capacity to get the attention of people to come and join our club, it’s something that is a big advantage for us.”

On a player that has been rumoured with a move away from the club, Eddie Nketiah, Arteta has confirmed that the striker won’t be leaving this January.

The striker has been heavily linked with a switch to Crystal Palace, but the Gunners boss has categorically confirmed that he will be remaining in north London.

Arteta said: “The situation is that Eddie is our player and Eddie is going to stay here with us.

He added: “He’s our player and he’s under contract, so he will stay with us.”

BETTING OFFER OF THE DAY