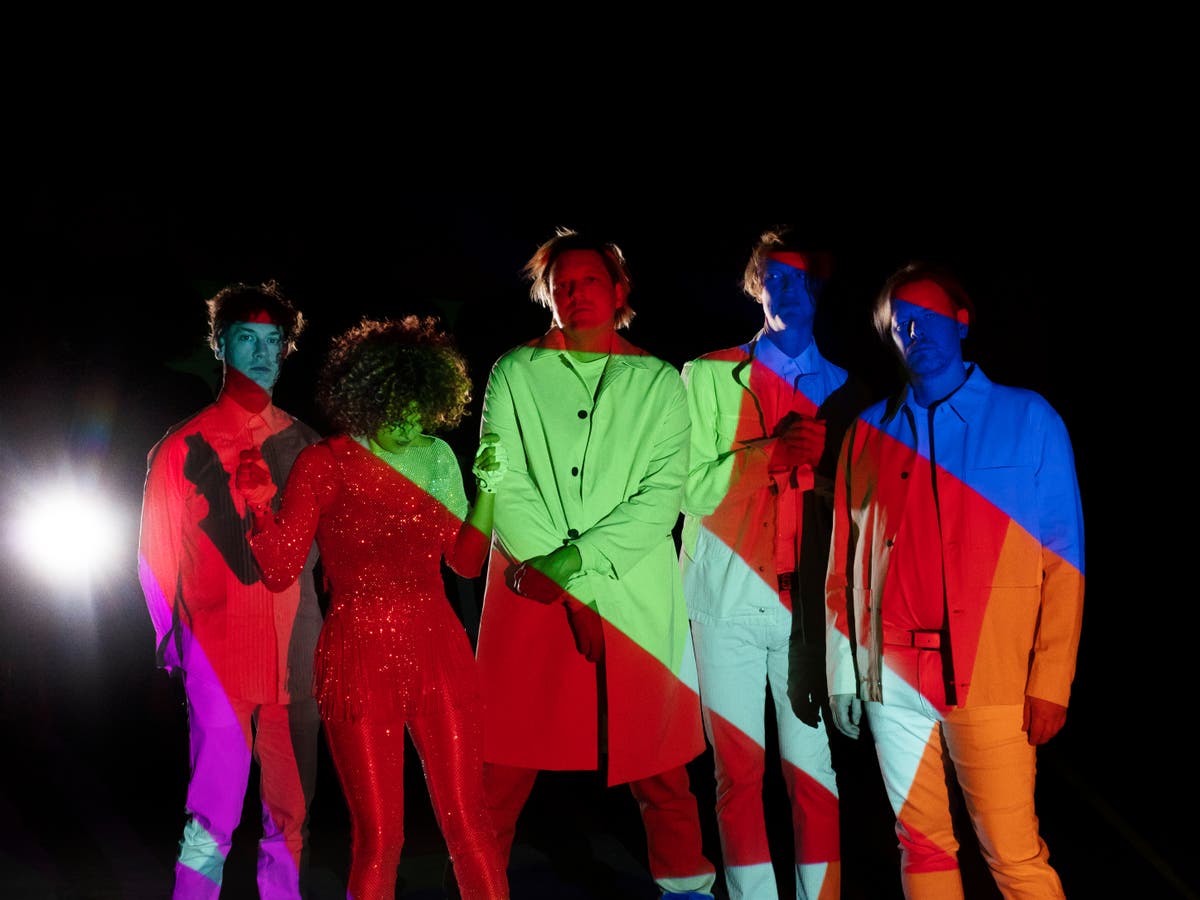 At a triumphant gig to rejoice the reopening of London venue music Koko final week, Arcade Fire concluded their set with the inflation of eight large tube males. There’s no higher metaphor for the best way the Canadian indie rockers’ sixth album makes you are feeling. Rebooting the euphoria of their 2004 debut, Funeral, WE is an enormous previous blast of an album. One destined to raise the spirit, inflate the soul and get followers dancing giddily by means of the carnage of 2022.

Interviewed in The Guardian final week, frontman Win Butler defined that that is an album of two halves. The primary explores the jittery isolation of recent life. The second resolves that stress by hymning the hard-won pleasure of unconditional love. Butler stated he’d been impressed partly by idea albums similar to Pink Floyd’s Darkish Facet of the Moon, which give songs area to stretch, swell and breathe. Writing throughout lockdown together with his spouse and bandmate, Régine Chassagne, he created a sequence of seven moods and melodies that every one have the pliability to evolve in compelling methods.

WE opens with the thready pulse and panicked breaths of “Age of Anxiety I”. The title is a quote from Lawrence Ferlinghetti’s slim, unpunctuated 1958 poem “I am Waiting”, during which the beat poet yearns for an finish to battle, nationalism and environmental destruction when a “rebirth of wonder” will reform America. Arcade Fire’s imagery can’t maintain a candle to Ferlinghetti’s. However there’s a directness in Butler’s lament for a world during which we “fight the fever with TV and the pills do nothing for me”. The music builds momentum throughout five-and-a-half minutes as Butler realises, “I gotta get this spirit out of me.” The insomniac stress opens out of a 2am window and goes hovering into area on large chunky synth chords. “Age of Anxiety II (Rabbit Hole)” takes the intergalactic existentialism additional, as technophobic Butler and Chassagne name and reply over an exhilarating beat of crashing steel. Flying saucer woosh-effects nod to the danceable bittersweetness of Comfortable Cell’s “Tainted Love”.

The environment shifts with a brilliantly trippy Bowie-indebted, floppy floral shirt of a nine-minute ballad known as “End of the Empire I-IV”. It’s a music of 4 phases that begins with the bed room fundamentals of acoustic guitar and piano, then billows into an arena-sized singalong – full with swaggering electrical guitar and sax solos – earlier than returning to a thunderous piano. I genuinely LOLed as Butler kissed off the state of issues with: “I unsubscribe. F*** Season Five.”

“The Lightning I, II” echoes the melody of West Facet Story’s “Somewhere” and transforms it into one thing virtually Killers-esque, as our heroes dream that there’s a spot for them past Twenty first-century society. Butler’s chorus, “sometimes you win/ sometimes you lose”, isn’t Sondheim. However he offers it coronary heart. And “Unconditional I (Lookout Kid)” is a pure, tendon-twanging delight, decked out in sweeping strings and handclaps designed to welcome crowds to pageant fields. You may virtually odor the beer-soaked grass and really feel your mates’ arms round your shoulders as Butler sings: “Lookout kid, trust your soul/ It ain’t hard to rock’n’roll!/ You know how to move your hips/ And you know God is cool with it…” Chassagne’s sugar-light vocals float like sundown clouds delivering fairly vows over the bongos and slithery synths of “Unconditional II (Race and Religion)” as Peter Gabriel bestows his proggy-cool blessing by way of some beautiful backing vocals. Then it’s lighters aloft and mascara smudged to the slow-fade of the title music, which turns into its personal encore after a false ending: “When everything ends/ Can WE do it again?”

Arcade Fire actually have carried out it once more. Lengthy might they proceed to make flappy-happy tube males of us all.