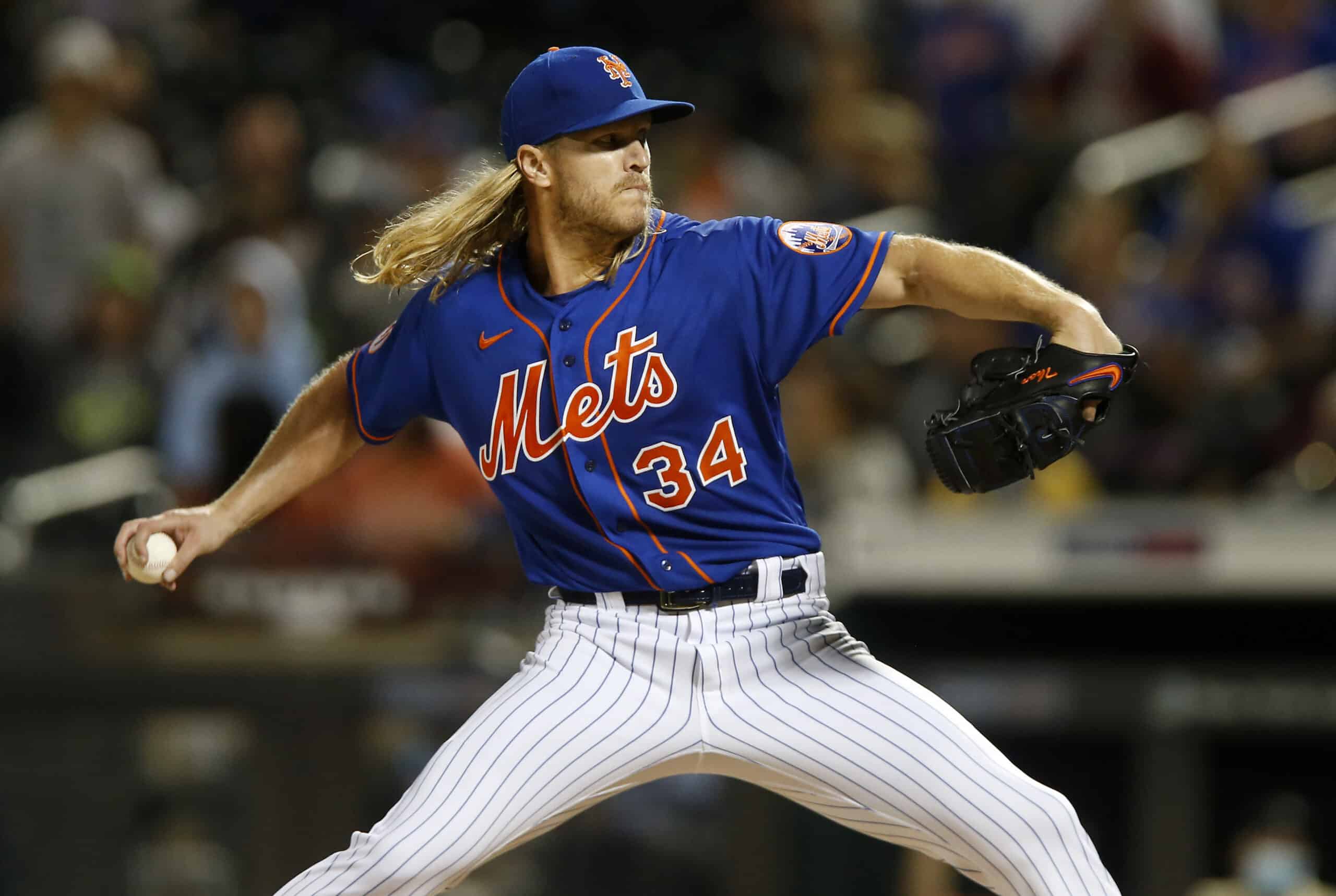 The Los Angeles Angels made a big splash on Tuesday by signing free-agent pitcher Noah Syndergaard to a contract.

The team decided to take a risk and give the righty a $21 million deal, apparently outbidding the New York Mets in the process.

The Angels bolster their staff with the highest-upside arm on the market — and pay a heavy price, plus a second-rounder.

To some folks, this is a stunning development, but it certainly makes the Angels a more interesting team on paper.

L.A. keeps saying it’s serious about building a contending team, and this is undeniably a step in the right direction.

The Angels still have a lot of work to do this offseason, but they’re already going to be worth keeping an eye on in 2022.

What Are The Angels Getting In Syndergaard?

Syndergaard is a bit of a wild card.

The flamethrower had Tommy John surgery early last year, so we didn’t see him at all in the 2020 campaign.

We got a quick glimpse of him at the end of the 2021 season, but it was only a two-inning sample size.

The last time we saw Syndergaard for real was in 2019.

However, he has a fantastic track record.

That’s what Syndergaard is capable of.

That said, no one really knows what to expect from him going forward.

Undergoing Tommy John surgery is obviously a huge deal, and he’s likely going to have to find himself on the mound again.

No one is expecting him to be an ace in 2022, but if he can pitch like a middle-of-the-rotation starter, it’ll go a long way for the Angels in their quest for a playoff bid.

Not many people expected Syndergaard to leave New York this offseason.

The one-time All-Star had spent his entire big-league career with the Mets before becoming a free agent and ultimately with the Angels on Tuesday.

During the 2021 season, he made it very clear that he didn’t want to leave the Mets.

“I can’t imagine leaving New York or leaving the Mets”

Noah Syndergaard talks about his motivation to return to the Mets this season with free agency around the corner pic.twitter.com/DeNfL8Uppo

“I can’t imagine leaving New York or leaving the Mets,” he said. “I love the culture that New York has to offer, the grit and tenacity, and the hard work of all the citizens and fans.”

New York extended a qualifying offer to Syndergaard, but it wasn’t enough to keep him around.

It’s definitely a tough day for any Mets fans who love Syndergaard, and there are likely many folks in New York who fit that description.

There’s always a chance he could reunite with the organization next offseason, as the deal he just signed with the Angels is only one year in length, but that might be wishful thinking.

For now, at least, the Syndergaard era is over in New York.