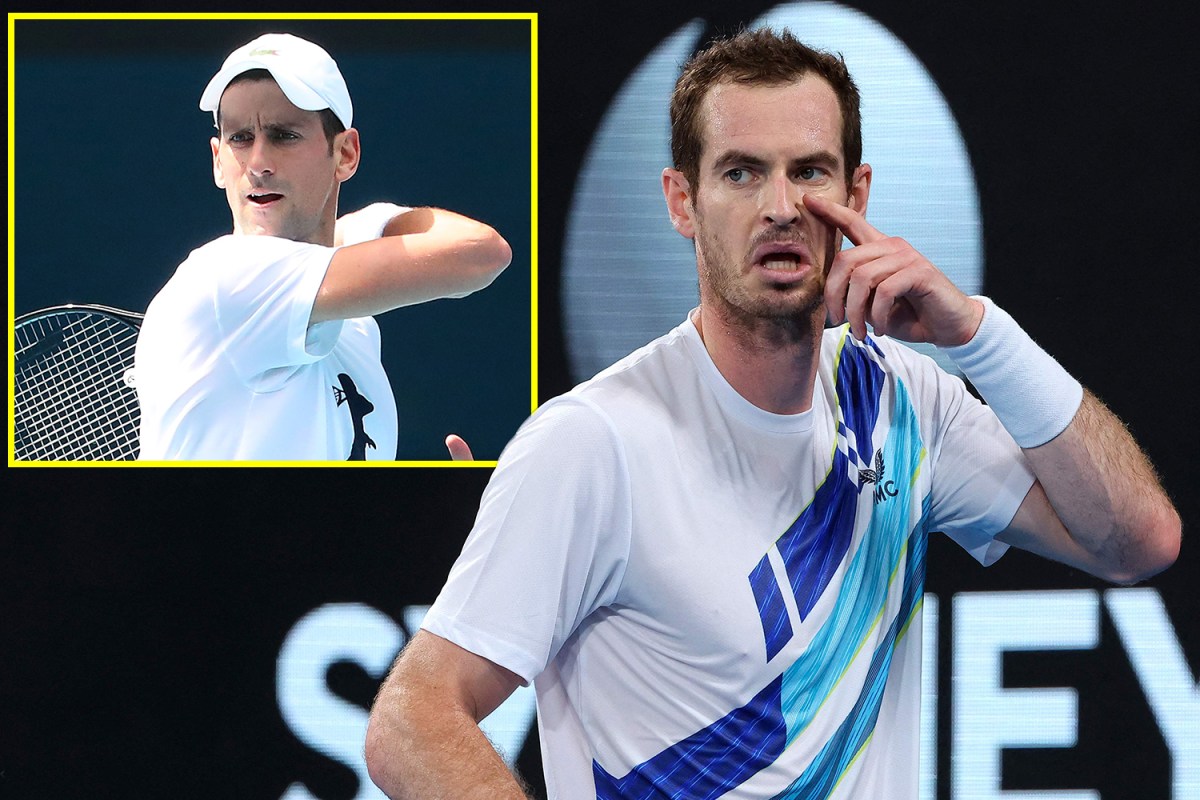 Andy Murray admitted he was glad to see Novak Djokovic out of detention, but feels the world number one still has questions to answer.

Djokovic won his court battle on Monday and had the decision to cancel his visa overturned.

The 34-year-old headed straight for the practice courts, but there are still doubts about whether he will play the Australian Open, with a number of potential obstacles in his way.

Immigration Minister Alex Hawke is still considering whether to cancel Djokovic’s visa despite his court victory on Monday, which enabled the 34-year-old to leave his quarantine hotel and resume training in Melbourne

Australian media reported that officials are concerned about Djokovic’s claim on his entry form that he had not travelled in the 14 days prior to his arrival in Australia on January 6.

Social media posts have appeared to make clear that Djokovic attended events in Belgrade and Marbella during the period in question. Djokovic has reportedly claimed that Tennis Australia filled in the form on his behalf.

In addition, there remain separate questions over Djokovic’s confirmed positive test on December 16 and his subsequent meeting with children at a public event in Belgrade the next day, which would have broken Serbia’s own 14-day quarantine rules following a positive test.

Murray, who has lost four Australian Open finals to Djokovic, was asked for his thoughts on the situation.

“It’s positive that he’s not in detention any more,” Murray told the BBC.

“There are still a few questions that need to be answered around the isolation, which I’m sure we’ll hear from him in the next few days.

“He won in court, which is good. It looks like he’s going to be able to play and compete in the Australian Open – we do want the best players there, but there are still a few questions to be answered.

“Until that happens, it is tough to give a definitive opinion on everything.”