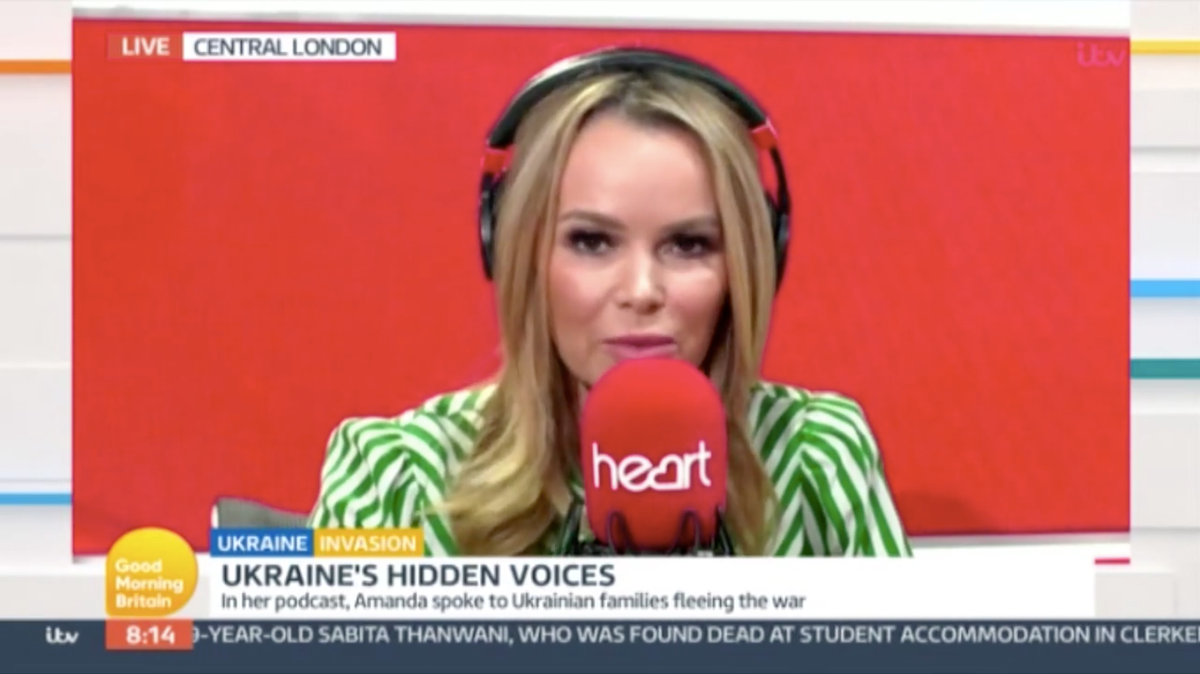 Amanda Holden has lashed out at House Secretary Priti Patel over the UK authorities’s response to the Ukrainian refugee disaster.

The radio and TV presenter has simply returned from Medyka, Poland, the place she was interviewing fleeing households coming into the nation from war-torn Ukraine for her new podcast, Ukraine’s Hidden Voices.

Holden described the method of coming into the UK as a refugee as “utterly ridiculous” whereas showing on ITV’s Good Morning Britain on Tuesday 22 March.

“There was a Union Jack flag there and I spoke to the amazing volunteers from a charity who are trying to deal with it,” she mentioned.

“But 35 pages of paperwork of which the first five questions are asking the refugees what their financial situation is, what their mortgage situation is, when they literally have a bag on their laps with all their possessions in.”

Holden went on criticise the house secretary immediately, caveating that she was “not political, but it’s made me really cross”.

“Priti Patel’s winning, we’re not going to be getting many people coming into our country, despite the fact 150,000 people have volunteered to open up their homes.”

Following Holden’s interview, GMB presenter Martin Lewis learn out an announcement from the UK Authorities which mentioned: “We are moving as quickly as possible to ensure those fleeing horrific persecution in Ukraine can find safety in the UK and our Homes for Ukraine scheme now allows those without family connections to come here.”