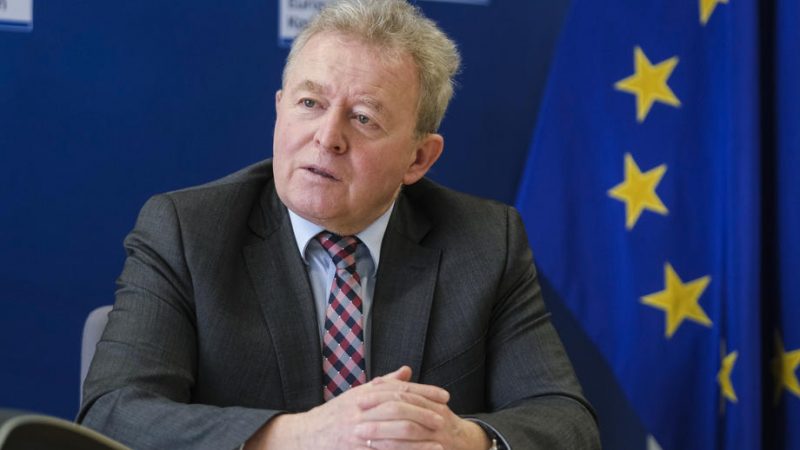 The plans are one of the main novelties of the Common Agricultural Policy (CAP) reform.

Through these plans, EU countries will each individually outline how they intend to meet the nine EU-wide objectives of the reformed CAP while responding to the needs of farmers and rural communities.

Legally, member states had until 31 December 2021 to submit their draft plans for approval by the European Commission.

However, a third of member states failed to reach this deadline.

While one of these laggards, Lithuania, has since submitted its plan, the remaining eight member states, including Belgium, Bulgaria, the Czech Republic, Germany, Latvia, Luxembourg, Romania, and Slovakia, have yet to place their plans on the table.

An EU official told EURACTIV that the Commission decided to offer some flexibility, leaving the operational system for submitting the plans open.

In a bid to speed up the process, Commissioner Wojciechowski has since sent a letter to the delayed member states, he confirmed during a meeting of the European Parliament’s agricultural committee on Monday (10 January).

He added that it is crucial that the Commission receives the rest of the plans as quickly as possible as it is “very important to have all the plans at the same time”.

This is to ensure that the Commission is then able to assess them all “with the same criteria, with fair criteria to avoid the double standards,” he warned.

Once member states have successfully submitted their plans, the Commission has earmarked a three month period to draft, adopt, and send the observation letters to member states.

According to an EU official, there will also be a ‘stop-the-clock’ period for revising CAP plans by member states in collaboration with the Commission.

This means that the six months countdown is paused, and there is no time limit set for that period.

This explains the “difficulty in predicting when the plans will be approved,” the official said.

However, they added that the “aim is to approve all CAP plans by the end of 2022 so that implementation can start at the beginning of 2023”.

One of the hold-ups in the submission of the CAP plans was that a key vote on the secondary legislation of the CAP reform was pushed back by the Parliament from December to January.

Specifically, the approval of these acts, including one on interventions in the NSPs and another on rules on paying agencies and other bodies, is a crucial step to give the member states a fully-fledged legal framework for preparing their NSPs.

With deadlines looming large for the next steps of the CAP reform, the European Commission had initially pushed for what is known as an “early non-objection” vote on two cornerstone pieces of CAP-related secondary legislation, the so-called ‘delegated acts’.

However, the Parliament rejected this because more time was needed for proper scrutiny.

The two acts were finally approved on Monday (10 January) by MEPs in the European Parliament’s agricultural committee (AGRI), who raised no objections. The acts are now set to be approved at the plenary session in Strasbourg next week.