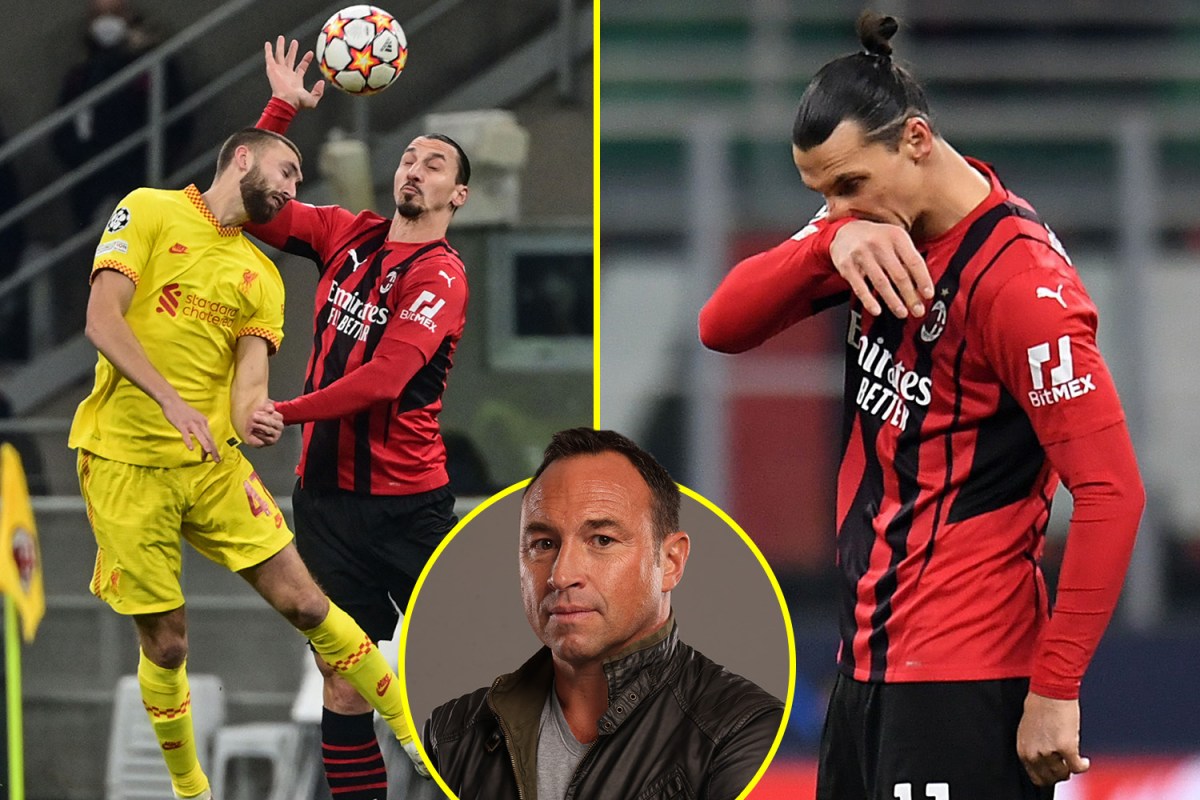 Jason Cundy was left stunned by AC Milan for their performance against Liverpool, calling it a ‘disgrace’ and saying the quality of the Champions League has ‘completely disintegrated’.

The Reds made it six wins from a possible six in a group billed by many as the ‘Group of Death’ also featuring Porto and AC Milan.

Yet it proved to be routine for the 2019 European champions as they sauntered through with maximum points after coming from behind to win 2-1 in the San Siro.

Although Man City may have lost to RB Leipzig on the night, they had already won the group after an equally dominant campaign and Chelsea and Manchester United will also be in the next ground.

Cundy was left dumbfounded by the disparity in quality between the Rossoneri and Jurgen Klopp’s men, with the German fielding a slightly weakened side before the visit of Steven Gerrard and Aston Villa to Anfield.

In an astonishing rant on the Sports Bar in the immediate aftermath of the game, the former Blues midfielder questioned how bad the result could have been had the Reds fielded a full strength XI.

He asked co-host Jamie O’Hara: “Mate, how bad are AC Milan? How bad is the rest of Europe?

“I’m looking across Europe right, there is no one other than Bayern Munich and maybe PSG because they have Messi and Mbappe and Neymar up top.

“But looking across at what I have seen tonight, Zlatan is older than me! Liverpool were superb and they have been this campaign, but you can’t gauge anything from that.

“The look like the best team in Europe that we have ever seen. That’s their second squad, imagine what they’re going to be like when they put out the big ‘eads.

“AC Milan tonight were a disgrace, I couldn’t believe what I am watching there.”

Despite O’Hara’s protestations that Real Madrid remained a super power at this level, Cundy instead referenced back to the competition last season when Chelsea blitzed past them en route to the trophy.

The final, contested in Portugal, was between two English sides as City competed in their first ever Champions League final.

And Cundy simply cannot fathom a scenario where at least one English side reaches the final this time around.

“Forget saying ‘they’ve gone to the San Siro’,” he added. “This is not the AC Milan that we have seen with George Weah in there, Ruud Gullit in there, Shevchenko in there.

“Chelsea smashed Juve 4-0, Man City smashed PSG, Liverpool have romped the group. This competition, right now, is just English teams. It is going to be the best of the English teams and Bayern Munich, that is what we are looking at here.

“In the Champions League, the quality has completely disintegrated. The Premier League is by far, and it’s not even close, I cannot believe what you and I have just watched.

“Liverpool were just, in every position, superior by tenfold. Nat Phillips looked like Maldini at the back!

“What are we watching, what is going on here?”