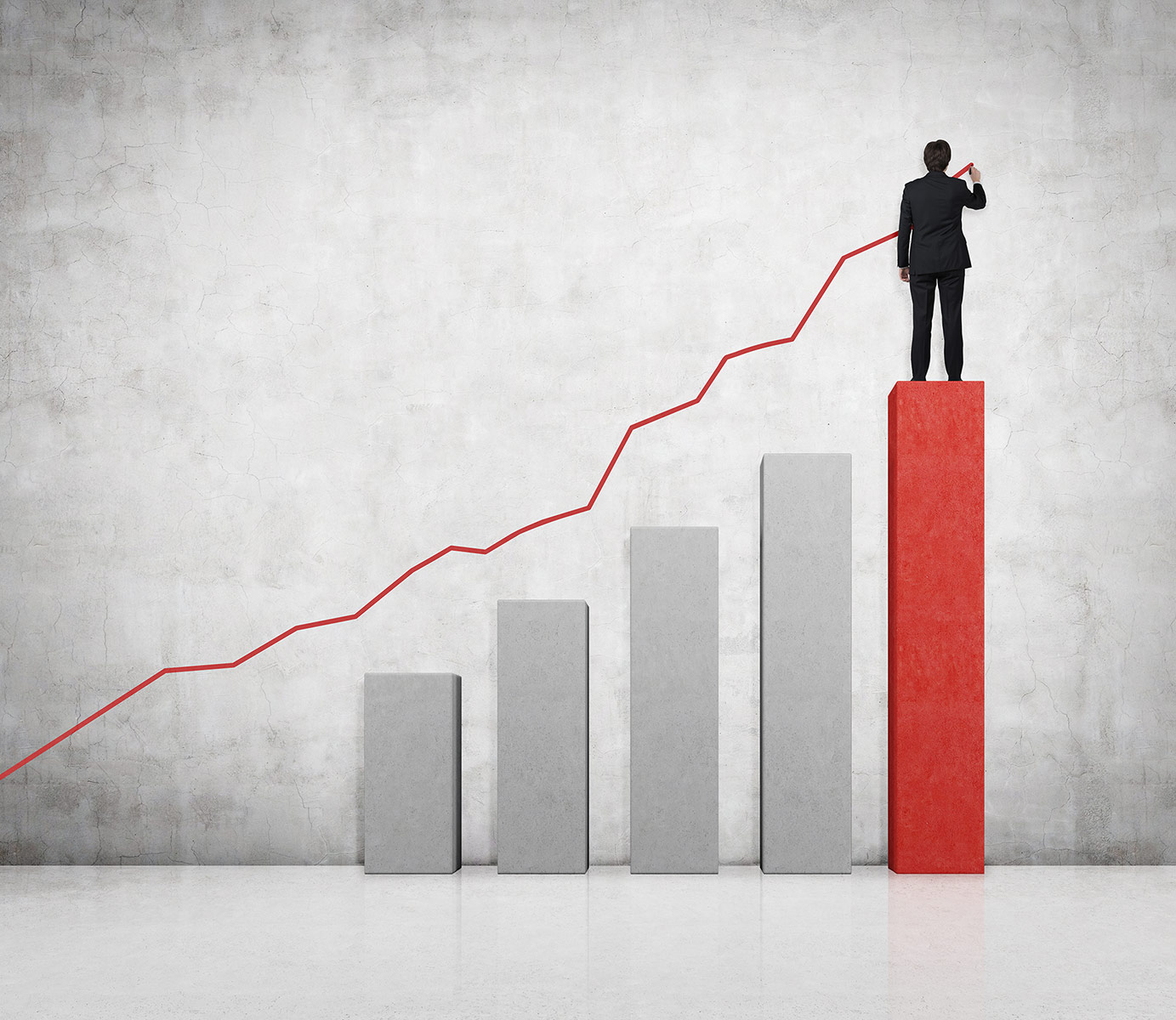 Some 40 years ago, the Club of Rome published a study with what at the time was a relatively provocative title, “The Limits to Growth.” The book appeared at a time of rising environmental consciousness and growing uneasiness with respect to the state of the planet. Throughout the advanced industrialized capitalist West, citizens got involved in a range of movements that expressed anxiety over nuclear power, concern about the depletion of natural resources, and alarm over the deterioration of the natural environment. Out of these movements emerged a new party family, the Greens, promoting themselves as a fundamental alternative to the established parties, beyond left and right.

Uncertain Times in a World Without American Hegemony

The central message of “The Limits to Growth,” the result of the work of an international team of researchers at the Massachusetts Institute of Technology, is that “The earth’s interlocking resources — the global system of nature in which we all live — probably cannot support present rates of economic and population growth much beyond the year 2100, if that long, even with advanced technology.”

Fast forward four decades, and nothing has fundamentally changed. Quite the contrary: The dramatic rise of China over the past 30 years is to a large extent owed to spectacular growth rates. According to Professor Richard Holden at the University of New South Wales, from the early 1980s to today, “China’s annual GDP has grown from US$361 billion to US$14,720 billion. That’s a nearly 41-fold increase, or a rate of 13.2% a year. Over the same period the US economy grew from US$5.96 trillion to $20.94 trillion, a growth rate of 4.3%.”

One of the most important consequences of economic growth has been a substantial reduction in the number of poor. In fact, comparative studies on inequality by Branko Milanovic and others show a significant decline in global and between-country inequality. This is to a large extent the result of the rise of China.

As the authors of a recently published study note, the decline in global inequality “is mainly due to fast economic growth in China, which has progressively approached the global mean in income. This has narrowed inequalities between countries by significantly improving the living conditions of hundreds of millions of people.”

At the same time, however, poverty persists in many parts of the developing world. And if Jason Hickel, the noted author of “The Divide: A Brief Guide to Global Inequality and its Solutions,” is right, this is unlikely to fundamentally change in the near future. Hickel’s assessment is rather disheartening. Taking living on $1.25 a day as an “aspirational target,” he concludes that it would take a century to eradicate poverty at current rates.

At a “more realistic — but still very low — $5 a day,” it would take “an epochal 207 years to eradicate it.” If this is not depressing enough, Hickel notes that reaching the $5 target would mean that “global GDP would have to increase 175 times.” So much for the limits to growth.

Hickel’s argument is all about inequality and the fundamental unfairness and injustice inherent in the international system. Nowhere is this most evident today than when it comes to climate change and global warming. In a 2020 study, Hickel analyzes a wealth of data to quantify national “contributions” to cumulative CO2 emissions “in excess of the planetary boundary” defined as 350 ppm; last year, emissions stood at over 412 ppm.

The findings are striking. As of 2015, the global north was responsible for 92% of emissions. China certainly has a point when it insists on the principle of “common but differentiated responsibilities and respective responsibilities” enshrined in the UN Convention on Climate Change.

Hickel’s approach is grounded in the principle of “equal per capita access to the atmospheric commons.” This is one of the main principles behind the notion of climate justice. Climate justice concerns both the question of responsibility for climate change and its impact on different, particularly underprivileged and vulnerable populations, such as the poor, the elderly and women. As UN Secretary General Antonio Guterres has noted, “as is always the case, the poor and vulnerable are the first to suffer and the worst hit.”

This brings us back to The Limits of Growth. Its central idea is the recognition that the assumption of the limitless potential for economic growth, which informs both market liberalism and Marxist materialism, is a highly dangerous chimera that needs to be abandoned. Unfortunately, this idea never gained much traction — and that is putting it mildly. Instead, growth continues to be propagated as a panacea, nowadays in sustainability garbs.

Richard Holden’s article on the slowing down of China’s growth rate makes the point, noting the importance of the Chinese market for the country down under: “The more China’s per capita GDP grows, the greater its demand not just for iron ore and coal but also wine, lobsters, beef, education and overseas holidays.”

In a similar vein, a recent Bloomberg article focusing on the repercussions of China’s falling birthrate stated: “To ensure economic growth doesn’t slow in line with the population drag, Beijing will need to undertake a challenging shift in its growth model, rapidly increasing spending on pensions and health care while maintaining a high-level of corporate and state investment in order to upgrade its vast industrial sector.” In this way, China would be able “to propel global demand for commodities in the coming decades, while its gray consumers become a vast market for multinationals, with a huge pool of pension savings targeted by global finance companies.”

This is what it means to be caught in what Dean Curran, from the University of Calgary, calls the “treadmill of production” — a state where the “constant search for economic growth leads to advanced economies being stuck on a ‘treadmill,’ where their well-being is not improved by economic growth, yet the impacts of this pursuit of growth causes massive, unsustainable environmental damages.” It follows the same logic that has informed the message propagated by advanced northern capitalist countries for decades, and which, these days, makes China an attractive model for a growing number of developing countries.

Yet, as Hickel notes, today, China is on the brink of surpassing its “fair share” boundary and is well on its way to becoming a net contributor to climate breakdown.

There is widespread agreement — at least among ecologically-minded scientists — that economic growth is among the major causes of global emissions and, consequently, climate change. In fact, in its 2014 report, the Intergovernmental Panel on Climate Change stated as much when it noted that between 2000 and 2010, the contribution of economic growth to CO2 emission had “risen sharply.” A scientific study from the same year put it rather laconically: “higher growth rates yield higher emissions.”

A Message No One Wants to Hear

This is, of course, a message nobody wants to hear if for no other reason than that it calls into question the whole development paradigm and, with it, the UN’s Sustainable Development Goals, which, as Aisha and Partha Dasgupta have provocatively put it, are “in all likelihood unsustainable.”

The focus of the Gupta study is population growth, a second factor few are prepared to raise these days. And for good reasons. As Greenpeace has rightly charged, more often than not, what drives “overpopulation narratives” is nothing more than thinly disguised racism: “Most population control arguments focus on developing countries with negligible environmental impacts, rather than affluent white countries — which upholds white supremacy.”

While true, this argument fails to take into account the dynamics set in motion by the success of the Chinese model and its attraction in developing countries. This model, however, is unsustainable. A recent study by Swiss Re, the world’s second-largest reinsurance company based in Zurich, makes the point. Business as usual, meaning no significant actions taken to drastically curb emissions, would mean that by the mid-century, China’s GDP would fall by a quarter, the US and Europe would see a 10% decline and global output would drop by 18% as a result of climate change.

Growth and development are to a large extent dependent on energy. Energy, in turn, comes to a large extent from fossil fuels, such as natural gas, oil and particularly coal. In China alone, since the beginning of the new millennium, coal production increased three-fold, reaching around 4 billion tons. In fact, this year, coal production is expected to reach a historic high, and it’s unlikely to reverse in the immediate future, resulting in a further increase in the country’s contribution to global warming.

In fact, between 1988 and 2015, emissions from the Chinese coal sector accounted for more than 14% of global industrial greenhouse gas emissions. India, another developing country relying on coal for energy, accounted for less than 2% percent. No wonder India insisted at the recent COP26 summit in Glasgow on watering down the language on coal, changing from “phasing out” to “phasing down.”

Catching up requires growth; growth, in turn, adds to emissions. The case of African development provides a drastic illustration of the resulting dilemma. Projections are that by 2050, the population of sub-Saharan Africa will have doubled. According to the United Nations Department of Economic and Social Affairs, the dramatic increase in the size of the working-age population in the region creates “an opportunity for accelerated economic growth thanks to a favourable population age distribution. To benefit from this ‘demographic dividend’, governments should invest in education and health, especially for young people, and create conditions conducive to sustained economic growth.”

On the basis of the projection of population growth in sub-Saharan Africa by 2100 — a 3-billion increase — the Dasgupta study illustrates what it would entail raising incomes there to the current global average income of 15,000 international dollars: “an increase in the region’s annual output from 3.5 to 60 trillion dollars.”

Garrett Hardin’s 1968 article on the “tragedy of the commons,” or the conflict between the individual and the collective, is among the most cited in the social sciences. Hardin wrote that “it is clear that we will greatly increase human misery if we do not, during the immediate future, assume that the world available to the terrestrial human population is finite.” The immediate future is now. The lesson, however, has still not sunk in. Or, perhaps, it has — and it’s just too painful to digest.