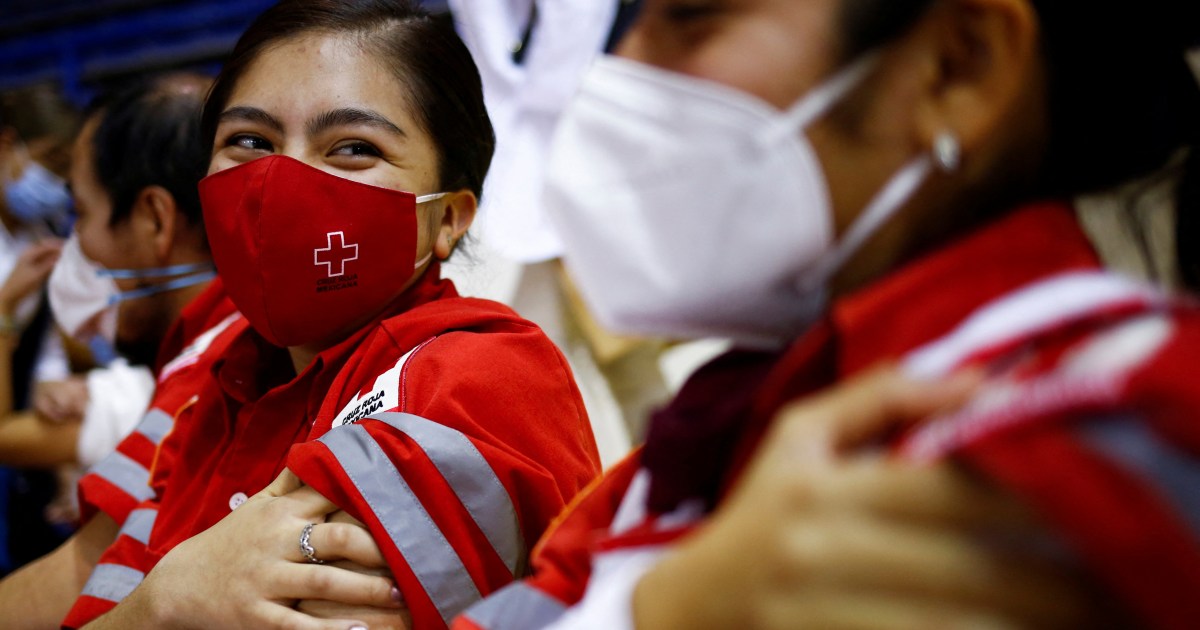 Amid a series of setbacks to global development in 2021—pandemics and lockdowns, hunger and conflict, debt crises and inflation—there were also some positive development victories, which offer some reason to be more optimistic in 2022 and beyond.

To start, the astonishing science of vaccine development presents promising prospects for victory over the COVID-19 pandemic in 2022. A significant ramp-up in vaccine availability for developing countries is underway. COVAX is reported to have delivered around 300 million doses in December alone, bringing its annual total to 910 million. That’s a shortfall compared to the initial January 2021 target to deliver 2.3 billion doses to low-income countries, but above the midpoint of the lowered range that was revised midyear after greater demand for boosters in advanced countries and reduced supply and shipping disruptions made the initial target unfeasible. COVAX should be able to regularize its supply in 2022. Its current target is to achieve 70 percent immunization coverage across low-income countries by mid-2022.

Coupled with the seemingly milder health effects of the omicron variant and the advancement in oral antiviral pills, there is every hope that the pandemic will morph into an endemic phase in 2022. Of course, there are huge uncertainties with this prognosis, but the limited evidence is encouraging.

There’s also a deeper institutional reason for optimism on global public health. The deficiencies of the current system have been identified, and there is global political leadership to understand better what needs to be done to protect us from the next pandemic. A high-level panel issued a very practical Global Deal for our Pandemic Age, and, while the recommendations (especially the call for coordinated finance) have yet to be taken up, it represents an initial serious effort to restore one pillar of multilateralism. At a minimum, the standing of the World Health Organization (WHO) seems to have improved.

With so much focus on the pandemic, the progress in the fight against malaria went largely unrecognized. But it was significant. The WHO declared China malaria free on June 30, 2021. This was a major achievement for a country that once suffered from 30 million new cases a year. Initial success depended on the scientific discovery of artemisinin-based combination therapies (ACTs), coupled with effective delivery techniques (long-lasting, insecticide-treated bed nets). But complete eradication required a different strategy of identifying, monitoring, and responding to malaria outbreaks everywhere in the country. Malaria continues to be a scourge in Africa—some 240 million cases and 627,000 deaths in 2020 according to WHO. What is exciting is that there is now a scaling up of the community-based testing and response approaches developed in China to other countries, along with continued progress on the science front. A vaccine suitable for use by children was approved by WHO just a few months ago, in October 2021.

Entering 2022, then, the prospects for improved financial, scientific, and institutional backing for public health—while not sufficient—are grounds for optimism.

2. The huge expansion of awareness of the sustainable development goals (SDGs) and the growing commitment from society to advance the goals is a major below-the-radar story.

The chart below (taken from my joint work with Simon Evenett and Sam Fankhauser) shows the explosion in the number of English-language mentions of the SDGs.

Of course, words do not by themselves change results on the ground, but the upswell in awareness of the SDGs is palpable and significant. Awareness builds change, and change builds greater awareness and learning. A positive cycle is established.

One specific action that was put in place in April 2021 was the European Commission’s proposal for a corporate sustainable reporting directive. This directive extends nonfinancial environmental, social, and governance (ESG) reporting requirements to all large companies, harmonizes standards, and requires audited information and machine-searchable publication. It strives to put in place an information system that will create incentives for large companies to move toward sustainable and inclusive impact.

Better data will improve the allocative efficiency of sustainable finance. In 2021, new issues of sustainable bonds roughly doubled compared to 2000, surpassing $1 trillion. Much of this is related to green finance; the Glasgow Financial Alliance for Net Zero (GFANZ), a group of investors managing $130 trillion in assets, promised to support global decarbonization.

It is early days, but sustainable and green finance are entering the mainstream with the prospects of more growth, standardization, and attention to avoiding greenwashing in 2022. The reallocation of global capital—several disappointments on climate finance notwithstanding (such as the failure of advanced countries to deliver the promised $100 billion in annual, additional climate finance)—coupled with growing corporate attention to sustainability is very positive for global development in 2022.

Consider that two-thirds of new cars sold in Norway in 2021 were electric. According to the International Energy Agency (IEA), over half of the global increase in electricity supply in 2021 came from renewables. Electricity, in turn, was the fastest growing component of energy supply. The forecasts are even more optimistic. The IEA projects that 95 percent of incremental power capacity through 2026 will be from renewables, despite higher prices of materials used in wind and solar photovoltaic installations. This is not fast enough to get to net zero by 2050 but does represent a significant advance in the first step of the green transition—making all new investments as green as possible.

There is now evidence to support the idea that when technology and economics provide the right conditions, countries can overperform on their climate pledges by a large margin. As one example, India pledged, in 2015, to generate 40 percent of its electricity in 2030 using nonfossil fuels. It reached that target last year, nine years ahead of schedule. Its new target is to quintuple its renewables capacity by 2030—a 20 percent compound annual rate. Breakthroughs in storage (cheaper batteries) and product innovations (think solar roofs) add to the practicality of incorporating more sustainable technologies to drive structural change.

Technological advance remains in the forefront of the green transition but is now moving to specific areas—the potential to use green hydrogen to generate the high temperatures required by steel and cement, for example. Airline and maritime bunker fuels are other examples.

4. The outlook for world population trends is becoming more favorable.

The U.N. has been steadily reducing its medium-fertility-variant forecast of global population in its annual report on world population prospects. It now estimates that the global population will be 10.9 billion in 2100—a compound growth of just 0.4 percent per year—and even this could be a high estimate.

One side effect of the COVID-19 pandemic is that, except for a few Scandinavian countries, fertility rates appear to have fallen. In India, which released the major National Family Health Survey, 2019-2021 in November 2021, the total fertility rate is already much closer to the U.N.’s low variant than its medium variant. This may sound like technical nitpicking, but the impact is huge. For India, the difference in its population in 2100 in the low-fertility variant compared to the medium-fertility variant is more than a half billion people! For the world, the difference in these two variants is 3.5 billion people.

In March 2022, the U.N. will release its new outlook for the world’s population—look for the forecast of the number of people living in 2100 to be far lower than the current forecast. This will be good news because so many of the threats facing the planet, from carbon emissions to depletion of natural resources and biodiversity destruction, stem from the continued encroachment of people into the natural environment. Slower population growth will permit more countries to sign onto, and implement, the 30×30 conservation plan to protect the planet. Seventy-two countries (including EU members and the United States) have already committed to this plan. It could be enshrined in a U.N. agreement when the Phase 2 meeting is held in Kunming in April/May 2022.

Four long-run drivers of development—public health, financial alignment with SDGs and transformative green technologies, technological progress, and demography—are looking up. While short-term challenges of debt, inflation, and high food prices will doubtless afflict many countries this year, the underlying global trends are starting to improve. That’s a good sign for 2022 and beyond.