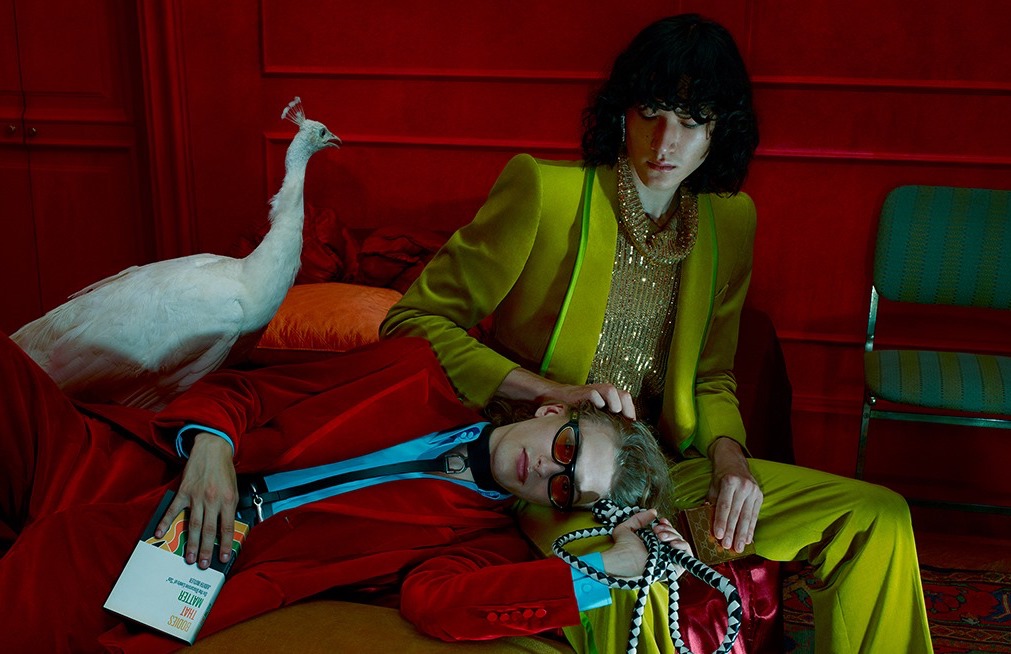 Things are moving forward in the genderless fashion movement. Here are 3 accessories that are commonly associated with womenswear, that also really work for men.

Forget gender stereotypes in fashion, as the industry is gradually embracing a new modus operandi, whereby everyone can dress however they like, and not necessarily with the clothes assigned to them according to their gender. As a result, heels, handbags and pearl necklaces are (definitely) no longer the preserve of women, quite the contrary, in fact.

The British singer Harry Styles is one of the male celebrities who has helped bring this unisex — or, more precisely, gender fluid or non-binary — approach to fashion into the mainstream. Indeed, the concept has been gaining ground over the seasons, making inroads into the collections of luxury houses as well as ready-to-wear brands. Not content with posing in a Gucci dress for Vogue magazine, the artist no longer hesitates to step out in clothes and accessories once considered ‘feminine.’ From boas to handbags to jewelry, the “Watermelon Sugar” singer plays with fashion with no concern for stereotypes and diktats.

Women are no longer the only ones spending hours rummaging around in their handbags to find their lipstick, their phone or their keys. Many men have traded in their backpacks, belt packs and even their satchels, to join the it-bag trend, starting with Harry Styles, who barely — or rarely — leaves the house without this must-have traditionally associated with womenswear wardrobes. Whether it’s a handbag, a shoulder bag or a clutch bag — no matter, the British singer has long appropriated the accessory that he evidently matches to his outfits.

And contrary to what some people might think, this is not a marginal case. The rapper Will.i.am and the actor Billy Porter have also adopted this essential accessory. In fact, it’s now not unusual to see luxury fashion houses like Gucci and Balenciaga have a leather goods section for men on their e-stores. Then there’s the Telfar label, known for its unisex tote bags that sell like hotcakes.

Another accessory that’s proving an unprecedented craze among men is the pearl necklace — undoubtedly the star jewelry item of the year-end. It’s impossible to miss this trend, since so many celebrities have embraced it. So forget bling gold chains, these days rappers swear only by pearl necklaces, spotted in white, black, dual-material, long double-strand designs, XXL pearls, or paired with diamonds — as recently tested by Justin Bieber.

And once again, he is far from alone. From Machine Gun Kelly to Maluma, Bad Bunny, Pharrell Williams and ASAP Rocky, many have adopted the pearl necklace, once firmly associated with women’s wardrobes. The phenomenon is such that the American baseball player Joc Pederson is rarely without his pearls, it seems — even on the field.

While women have swapped their stilettos for the comfort of sneakers, their male counterparts seem to be doing the opposite. For now, it’s a (much) more discreet trend, but it is becoming increasingly less rare to see male celebrities in pumps or platform shoes on the red carpet, like Billy Porter or Harry Styles, among others.

And fashion houses are gradually getting in on the act. At the last Balenciaga fashion show, held in October in Paris, heels were spotted on the brand’s red-carpet-turned-runway.