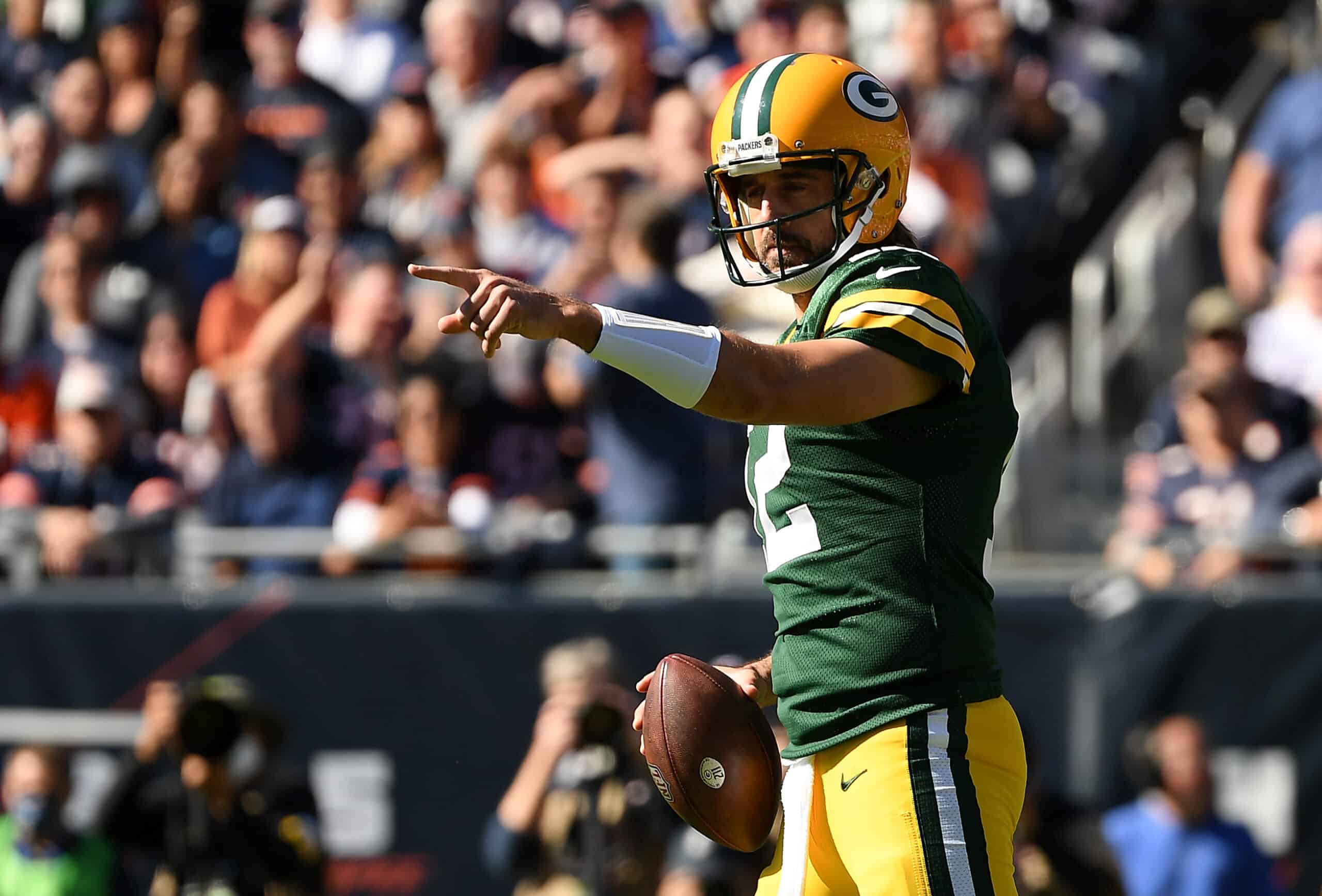 It might be an overly simplistic stance to take, but the NFL is a quarterback-driven league.

Having a strong offensive line, explosive playmakers, and a hounding defense are feathers in a team’s cap.

But if a team is not getting good play under center, it’ll be hard for them to make it to and advance deep into the NFL playoffs.

It’s why fans are so plugged into offseason news as it relates to signal-callers.

Tom Brady’s decision to sign with the Tampa Bay Buccaneers, and the Los Angeles Rams’ trade for veteran Matthew Stafford are two moves in recent NFL history that have swung the pendulum of power.

As the rest of the 2021 season unfolds, teams with star quarterbacks (think the Buffalo Bills, Buccaneers, Rams, Kansas City Chiefs) will have realistic opportunities to do damage down the stretch.

Let’s look ahead to 2022 to predict which star quarterbacks might switch teams and alter the NFL landscape in the process.

If you believe in subliminal messaging, then there’s a good chance Aaron Rodgers is playing out his final season with the Green Bay Packers.

After Rodgers returned to the team after a contentious offseason, both he and star wide receiver Davante Adams posted photos from the famed ESPN documentary “The Last Dance.”

In case you missed it, the ten-part series chronicled the final season of the Chicago Bulls dynasty in the 1990s.

Rodgers and Adams put up these pictures simultaneously, perhaps in a coordinated effort to communicate that this was their last year together.

Based on the level of brutal honesty and transparency Rodgers showed in a press conference in July, it seems like his frustration with the organization is something that cannot be undone.

We’ll see what happens if Green Bay is able to win the Super Bowl, but the tea leaves are pointing towards the future Hall of Famer playing elsewhere in 2022.

There were rumblings of discontent coming from Russell Wilson and the Pacific Northwest at the beginning of the most recent offseason.

Wilson was quoted in early February 2021 bemoaning the lack of protection he has received in recent years from the Seattle Seahawks’ offensive line.

During the 2020 season, the Seahawks finished in the bottom five in sacks allowed, which was certainly a downgrade from their league ranking in the prior four seasons.

In some ways, it’s remarkable that Wilson is just 32 years old.

It feels like he has been around a lot longer, but in other ways, it feels like he’s a lot younger because he’s still extremely effective.

At the end of the day though, Wilson is probably not as keen to scramble the around the pocket while being chased by defensive linemen.

That desire could lead him to find a new home ahead of next season.

Pete Carroll on @710ESPNSeattle of #Seahawks‘ offensive line in its pass protection of Russell Wilson in Green Bay: “In essence, we’ve got to get the ball out (more quickly)…so the rush isn’t a factor…

“Right off the bat they got after us.”

Some might read Baker Mayfield’s inclusion on a list of star quarterbacks, and wonder, “is he really, though?”

There are arguments to be made both ways, but if the central figure of Progressive commercials and former number one overall pick changed teams, it would be a big deal.

There hasn’t been as much smoke surrounding Mayfield’s possible departure as Wilson’s or Rodgers’ potential moves, but it also likely wouldn’t be Mayfield’s call.

Cleveland is in a difficult position surrounding his future.

They could just let him play out the deal.

They could also elect to give him an extension, but objectively speaking, it would be difficult to justify Mayfield receiving Josh Allen or Lamar Jackson-type money.

The Browns’ bread is buttered by a dominant rushing attack, and it’s fair to wonder whether paying Mayfield $35 million a season would be worth it.

With that said, don’t be surprised if Cleveland is in play for Wilson or Rodgers, with Mayfield heading in the other direction.