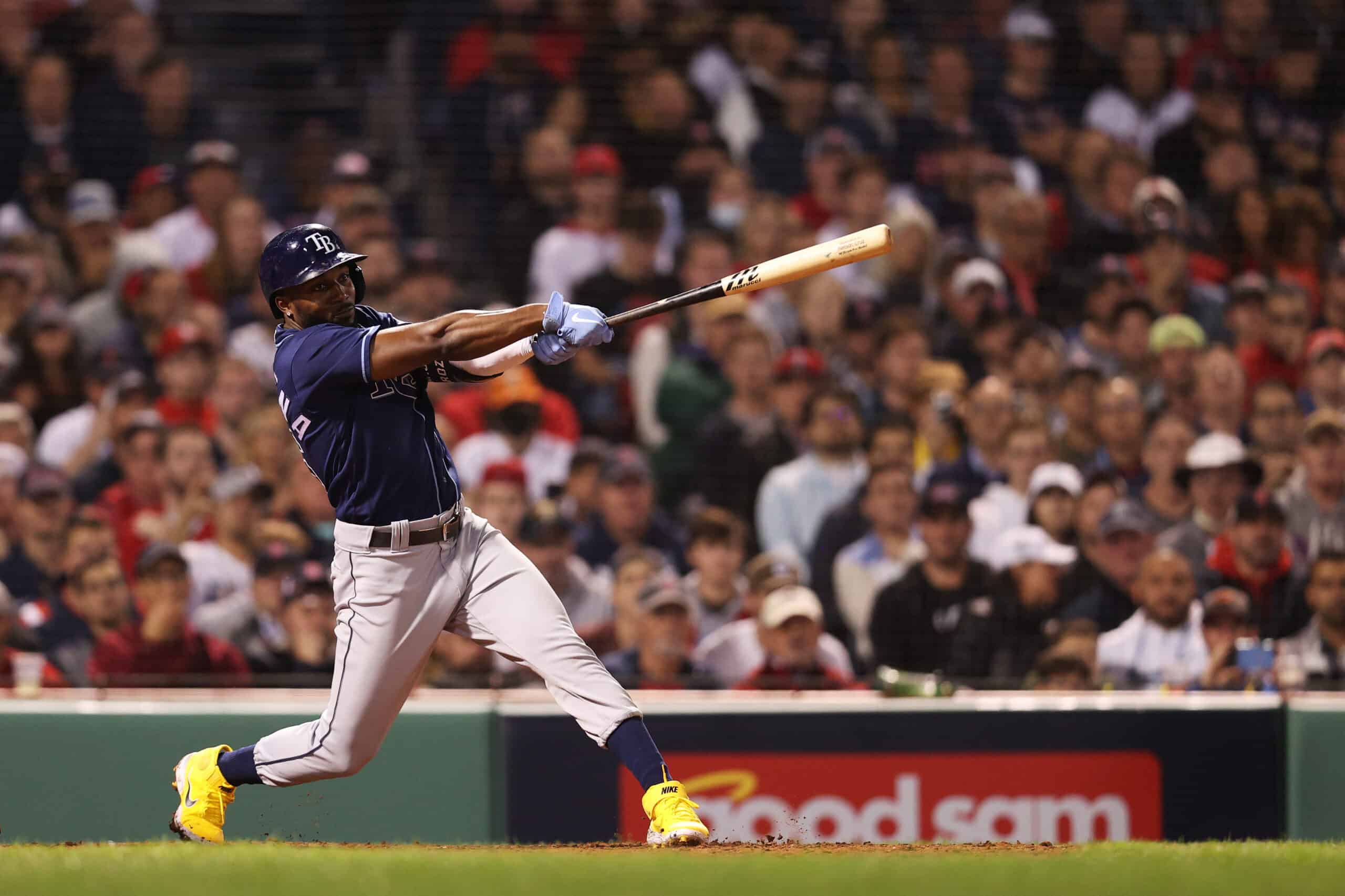 Tampa Bay Rays outfielder Randy Arozarena put a ribbon on his fantastic rookie campaign by winning Rookie of the Year honors on Monday.

It’s a great accomplishment for Arozarena, and it’s likely just one of many accolades he’ll earn throughout his career.

The youngster is just getting started.

Here are three reasons why he’s a future star.

3. He Has The Potential To Become A Great Defensive Outfielder

Arozarena’s bat is usually the topic of conversation, but he certainly has the ability to flash some leather, too.

In due time, he could evolve into an elite defender.

Check out this ridiculous grab he made to save a run against the Boston Red Sox during a regular-season game in 2021.

Randy Arozarena with a remote (1-10%) play for the Rays.#RaysUp pic.twitter.com/yAqsldkktE

His speed and athleticism are going to give him a chance to make some noise with his glove.

He finished the 2021 season with a Defensive Runs Saved of 3.

2. He Does It All At The Plate

It’s hard to find a flaw with Arozarena’s offensive game.

He can hit for average, power, and he’s speedy.

For context, a 137 OPS+ is 37 percent better than league average.

This guy is the whole package when it comes to his offensive production.

1. The Moment Doesn’t Get Too Big For Him

Arozarena has already proven that he’s an elite playoff performer.

It can be hard to find players who consistently rise to the occasion in the postseason, let alone young guys.

But with Arozarena, he seems to love big stages.

He was able to maintain his rookie status while appearing in the playoffs in 2019 and 2020.

The 2021 postseason was his third time experiencing playoff baseball at the MLB level.

He was actually a member of the St. Louis Cardinals in the 2019 postseason.

He didn’t see a lot of playing time, however, as he got just five plate appearances in those playoffs.

After that season ended, he was traded to the Rays.

Once the 2020 playoffs rolled around, Arozarena really got a chance to prove his worth, and he did just that.

Was there even any doubt?

Then, a year later, he put on another show in the 2021 playoffs.

The Rays’ ultimate goal is obviously to win a World Series, and as long as Arozarena is around, they’re going to have a great postseason weapon on their hands.