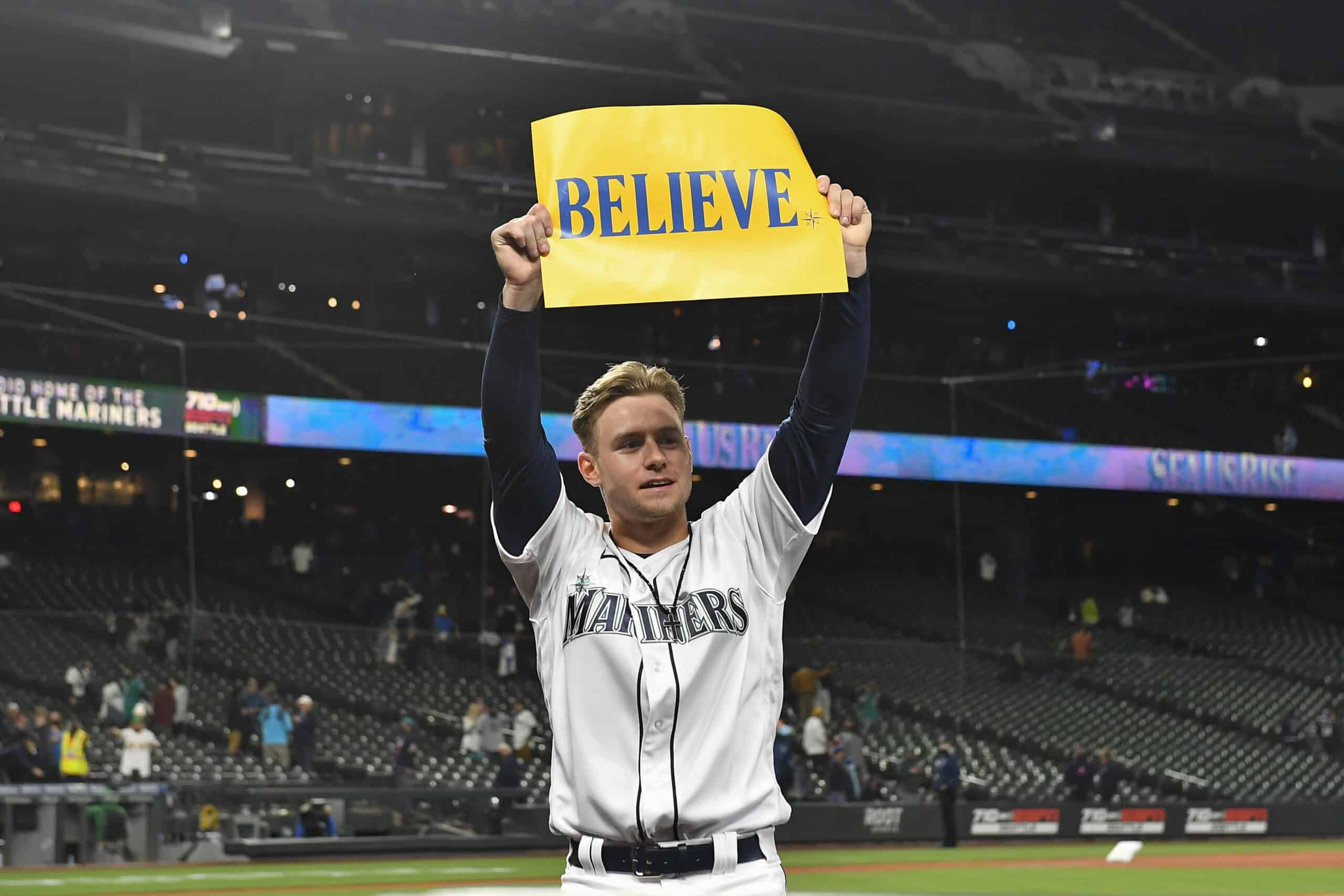 The Seattle Mariners shocked the baseball world by fighting for a postseason berth until the last weekend of the season.

Their season was impressive in many ways.

Now, they are not near the best teams in the American League.

Despite that, they could find their way to the playoffs next year, and while it would be hard to imagine, they could even go further than that.

Here are three reasons why it’s not so crazy to think Seattle can reach the World Series next year.

3. There Is A Randomness Factor In Postseason Baseball

If they win it all next year, the Mariners certainly won’t be the first less-favored team to surprise everyone and take the World Series home.

Lots of Wild Card teams won the Fall Classic, and with enough pitching and a bit of luck, good teams can beat great ones over a five or seven-game span.

Otherwise, baseball wouldn’t be played and the teams with the “best” and/or “most expensive” roster would just win every year.

It’s hard to fool luck over a 162-game sample, but once a team finds its way to the playoffs, randomness and luck can go either way.

At this point, it’s fair to say that the 2022 Mariners won’t be World Series favorites; not while they play in the same league as the four AL East powerhouses, the Chicago White Sox, and the Houston Astros.

But who’s to say a guy like Logan Gilbert won’t go on a tear?

2. They Have An Exciting Blend Of Young, MLB-Ready Talent

After struggling for much of the season, Jarred Kelenic finally showed signs of life, and actually ended the season with 14 homers and six steals.

If Seattle gets that in 2022, they’ll have a star on their hands.

Abraham Toro and Jake Fraley had their moments, and Seattle will get a full season from Kyle Lewis, the 2020 AL Rookie of the Year, in 2022.

Uber-prospect Julio Rodriguez is waiting in the wings, and is ready to hit MLB pitching.

There is also a solid pitching foundations thanks to Chris Flexen, Yusei Kikuchi, and Gilbert; with George Kirby, Emerson Hancock, and other talented hurlers waiting for their opportunity.

The bullpen was fantastic, and they have slugger Mitch Haniger.

There is a lot to be excited about for M’s fans.

I love that the @Mariners are full of so many young positive players! My son has a lot of great players to cheer for (so does his dad) 🙂 let’s go @jfral_23, @logangilbert22, @jRODshow44, Evan White, Ty France, and mr consistency @M_Hanny17 the future is sooo soooooo bright!

1. They Have An Opening Contention Window And Will Probably Spend

The Mariners aren’t known for spending upwards to $150 million or $200 million in payroll.

They are more cost-conscious than franchises such as the Los Angeles Dodgers or the New York Yankees, to name two.

But given the fact they had the sixth-lowest payroll in MLB during the 2021 campaign, at $81 million, one would think they will increase costs at least a little.

Why would they spend more?

Because their contention window, as we say in 2021, is blossoming.

Seattle was probably not as good as its 90-72 record suggests.

They had a -51 run differential, and we can’t just ignore that in the analysis.

But there is an impressive blend of youth and experience that the team should strengthen with at least a top free agent or two.

Seattle could use help in both pitching and offense: a Justin Verlander could really help the 2022 club, but a Kevin Gausman or a Marcus Stroman can represent solutions for at least three or four seasons.

When it comes to bats, it’s easy to dream about Carlos Correa, Corey Seager, Kris Bryant, or Javy Baez.

But if the team fails to recruit one of them, they could target the next tier, with players like Kyle Schwarber, Nick Castellanos, Starling Marte, or Brandon Belt, among others.

There should be some money to spend, and if Seattle makes smart decisions, they can dream about a deep postseason run.