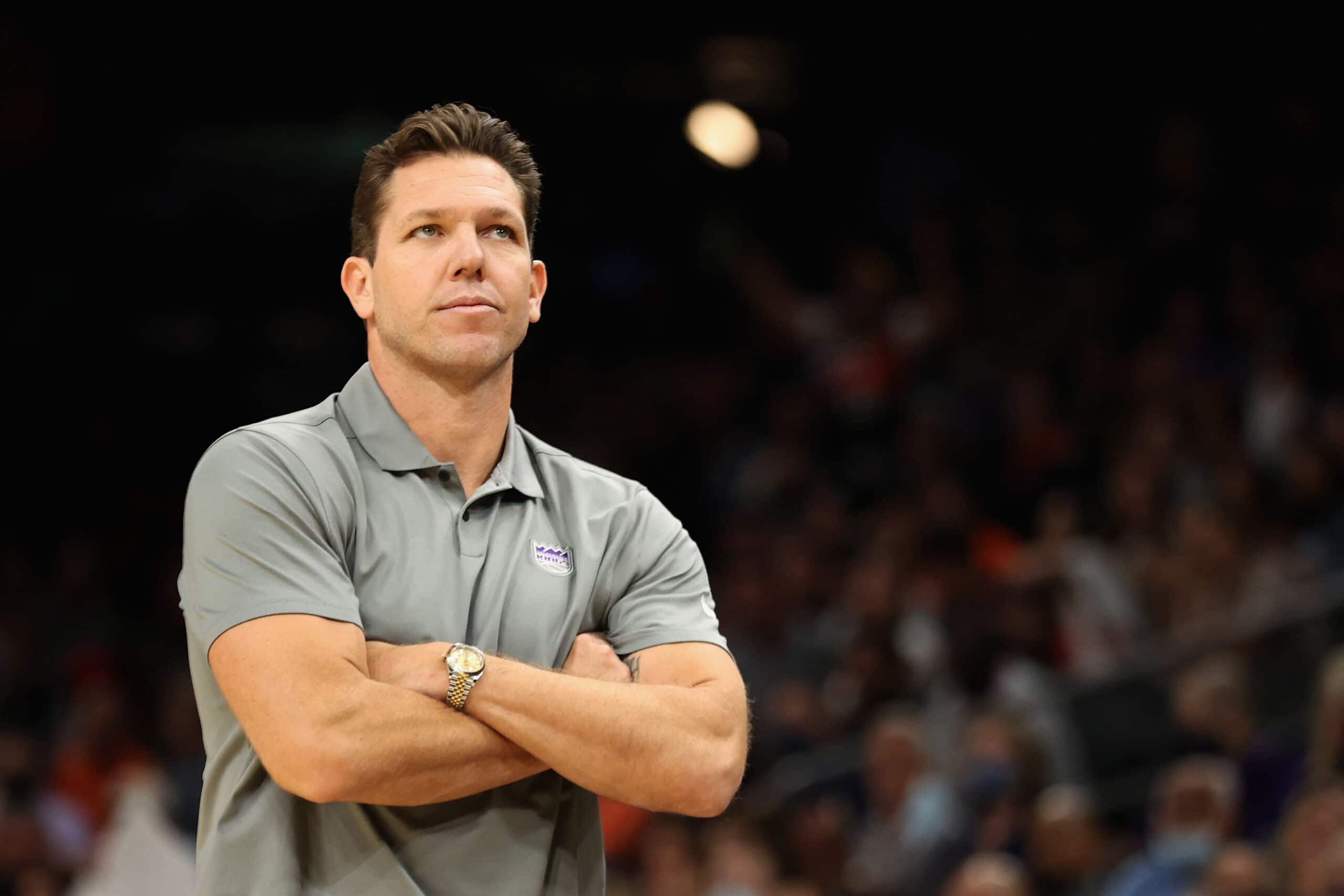 This year was his third as Kings head coach, and the front office made it clear that they want to return to the playoffs.

The Kings last entered the postseason in 2006, and they’ve hired ten coaches since to make things right.

Unfortunately, Walton isn’t the answer because he never had a winning record with Sacramento.

Fire Luke Walton chants starting up as the Jazz’s lead grows to 20.

He went 31-41 in each of his first two seasons with the squad and seemed to be regressing.

Therefore, the Kings had to pull the plug on Walton and named Alvin Gentry interim head coach.

While his release was abrupt, firing him sooner than later is the right move for the franchise due to these reasons.

3. He Was Never A Great Coach

Sure, you can include his 39-4 record as the Golden State Warriors interim head coach.

However, Steve Kerr gets the credit for those wins, and the Warriors had one of the best rosters in the NBA at that moment.

Surprisingly, the Kings hired Luke Walton in the first place after his disappointing stint as Los Angeles Lakers head coach.

However, that’s just a nine-game turnaround which is not overly impressive.

LeBron James was already with the Lakers in his final year, but injuries derailed their playoff hopes.

The Kings started the season at 5-4 before losing seven of their next eight games.

Their only win came against the Detroit Pistons, which is unimpressive because Sacramento has a better roster than Detroit.

Unfortunately, it’s the questionable losses that made Walton expendable.

Warriors coach Steve Kerr was asked before tonight’s game with the Raptors about his former assistant and dear friend Luke Walton’s departure from the Kings.
“He’s everything you’d want in a coach.”

He also said how lucky he was to inherit the Warriors.
“It’s a tough business” pic.twitter.com/ygVD54xA1B

Those matchups are winnable, considering that the Kings have one of the best offenses in the NBA.

They average 109.1 points per game, the tenth-best in the league.

Sadly, they allow 111.1 points per game, the fifth-worst this season.

The lack of defense led them to drop games wherein they had a fighting chance.

1. He’s Not Maximizing The Talent He Has

The Kings have assembled some top talent through years of high draft picks.

However, Walton could not get the best out of his young squad.

De’Aaron Fox is regressing while Marvin Bagley III cannot even crack the rotation.

They also have a steady scorer in Harrison Barnes, a sniper from the perimeter in Buddy Hield, and a rim protector in Richaun Holmes.

Sacramento Kings have scheduled a meeting with players at noon to update them on the next move in aftermath of Luke Walton dismissal, league sources tell @YahooSports.

Tyrese Haliburton and Davion Mitchell are also reliable energy guys off the bench.

As head coach, it is Walton’s responsibility to define their roles inside the court.

But often, they look like a disjointed squad that gets buckets on their own.

A better mentor can motivate these athletes to work hard on both ends of the floor.

Likewise, a roster with this much talent must be a perennial playoff contender.

Unfortunately, Walton wasn’t able to connect the dots and make the masterpiece work to perfection.