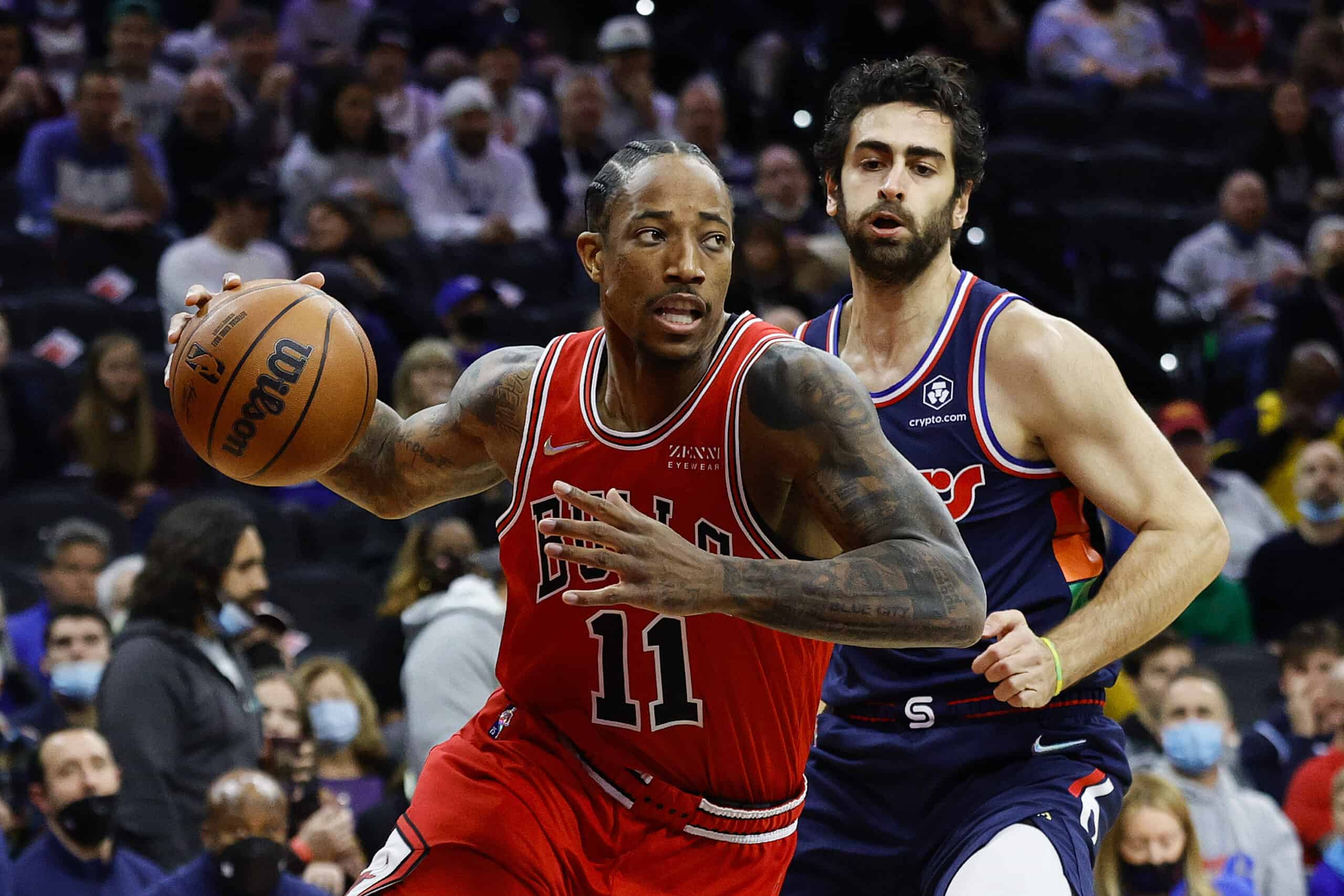 The Chicago Bulls continue their hot start to the 2021-22 NBA season.

They are the second-best team in the Eastern Conference with a 10-4 record, and they’ve won four of their last five games.

As proof of their dominance, seven of their 10 victories came in double-digit margins.

Meanwhile, three of their four defeats were by nine points or less.

Their only blowout loss came against the Golden State Warriors.

Lonzo Ball continues to be a reliable facilitator while improving his field goal shooting.

Alex Caruso brings energy off the bench and delivers tenacity on their perimeter defense.

But DeMar DeRozan has been their most significant free-agent signing of all.

It looks like they know nothing because DeRozan is pacing the team with 26.9 points per game.

Aside from his scoring, the 13-year veteran is building a solid case for Most Valuable Player because of these reasons.

3. He Can Score From Anywhere

DeRozan is already known for being a potent medium-range shooter.

However, he has improved his three-point shooting to a career-high 37.1 percent despite taking more shots.

He has at least one three-pointer in nine of their 14 games and has three games with multiple three-point conversions.

His increased sniping from the arc brought his field goal percentage to 51 percent.

You can always count on him draining mid-range jumpers because he is converting 57 percent of his shots from four to 14 feet away from the basket.

He is also third in unassisted two-point shots behind Trae Young and Kevin Durant.

It’s not that DeRozan is a streaky shooter.

Instead, he picks his spots very well and beats his defender via isolation or post-up.

2. He’s At His Best In The Fourth Quarter

While he can score at will when he’s at his comfort spots, DeRozan does most of his damage when it matters most.

His 103 fourth-quarter points lead the league, and he facilitates the Bulls offense to perfection through pick-and-roll sets.

Only Young has scored more points than him off pick-and-rolls.

Zach’s face after DeMar pulled out the half-spin fadeaway over AD 🔥 pic.twitter.com/KvIgQYU5l0

When he’s in that situation, he can either take the jumper or explode to the rim.

To highlight his importance to Chicago’s cause, the Bulls outscore their opponents by 10.4 points per 100 possessions when he’s on the court.

However, the Bulls lag by 12.1 points when he’s not playing.

Aside from his massive contribution in points, DeRozan is also averaging 5.4 rebounds and 4.1 assists per game.

He’s had a 10-rebound game this season and seven games with five or more assists.

His overall impact has helped the Bulls defeat other elite teams like the Brooklyn Nets, Utah Jazz, Boston Celtics, and the two Los Angeles teams.

Why is this Bulls team such a good defensive team?

DeRozan: “We fight for one another” pic.twitter.com/gZ7B5ETGbf

Those two games against the Clippers and the Lakers alone make him deserving of MVP consideration.

He shot 75 percent from the field to finish with 35 points and snap the Clippers’ seven-game win streak.

DeRozan added seven rebounds and five assists in that contest.

Meanwhile, he continued his hot streak against the Lakers by converting 65.2 percent of his shots.

The Bulls defeated the Lakers, with DeRozan tallying 38 points, three rebounds, six assists, a steal, and a block.