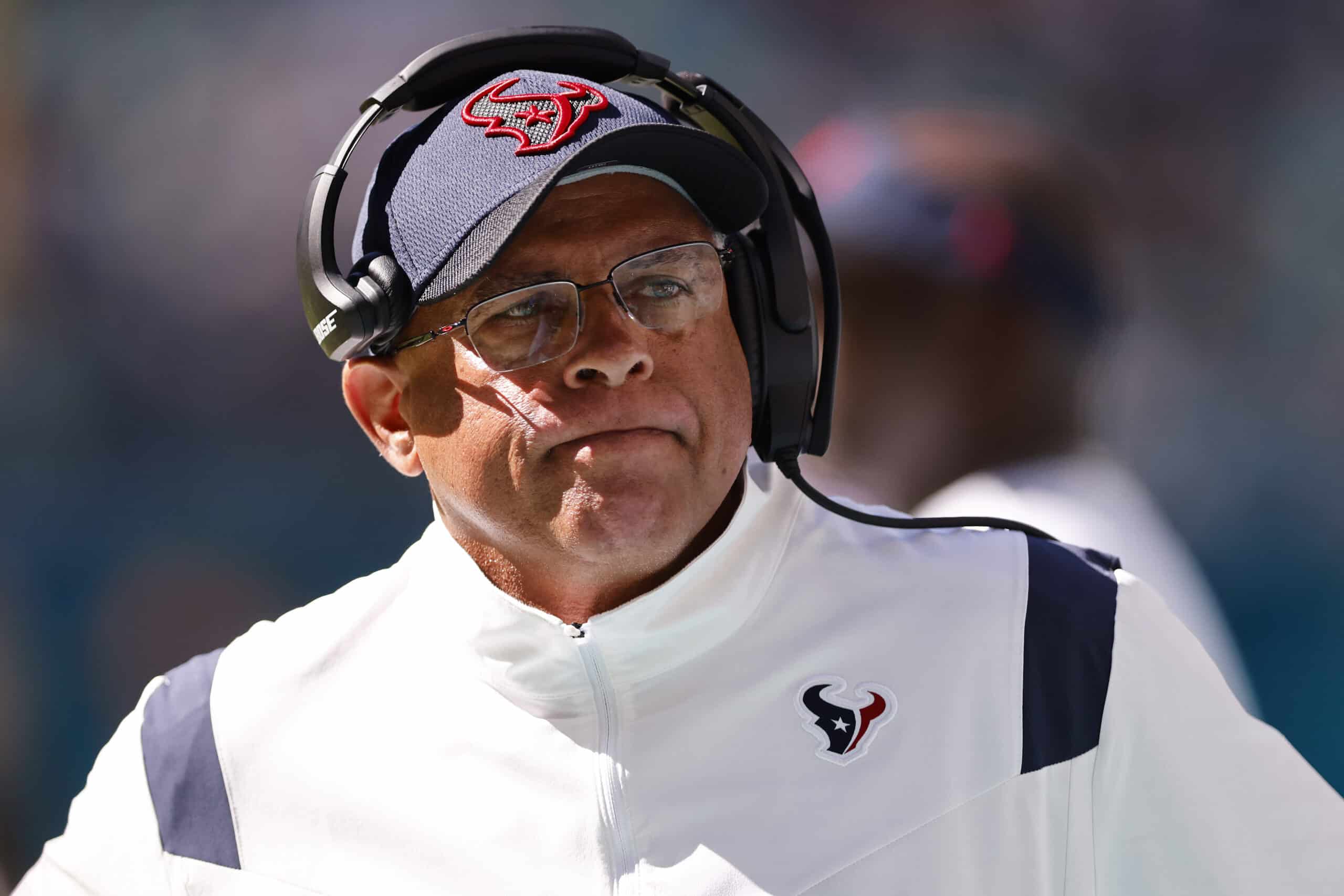 The Houston Texans are 1-8.

This team has been in a state of shambles for quite a while.

David Culley, formerly the assistant head coach, wide receivers coach, and passing game coordinator for the Baltimore Ravens left the Ravens at the end of last season to take the Texans job for the 2021 season.

He is viewed as an offensive mind that was supposed to revamp this Texans offense.

Unfortunately, it could be a one and done scenario.

Here are three reasons David Culley could be fired by the Texans after the season.

Culley was not dealt the best hand for his first head coaching role.

The Deshaun Watson situation is a mess to put it mildly.

On top of all the outstanding legal and civil issues that need to be resolved, Watson has been flat out unwilling to play.

Culley had to expect the media was going to ask many questions about this.

Instead of trying to provide any information (even if it was very little), Culley tried to shut the door on the whole thing as if it didn’t exist.

Q: How do you know that?

Culley’s blanket answer to any question related to Watson during spring OTAs was as follows:

“I have nothing to say about that situation.”

Maybe he was told by ownership and the front office to handle it this way, but his lack of truthfulness certainly did not help his credibility as he was starting his tenure with the Texans.

2. Unrealistic Devotion to the Running Game

Only two of their nine games have yielded more than 100 rushing yards.

Those were Week 1 against Jacksonville, the Texans’ lone win of the season, when the team rushed for 160 yards.

The other was in Week 6 against the Indianapolis Colts when the Texans rushed for 124 yards.

Other than that, the team has had four games with about forty yards rushing.

Collectively they have 204 rushing attempts on the season with 682 yards gained.

With an average of 3.3 yards per rush, it is hard to move the chains.

Of course, Culley has dealt with injuries and issues, but as an offensive mind, it is hard to understand why he cannot add some creativity into the mix to spur the running game.

Opponents know what to expect after watching film and shut it down.

It was never clear since he was hired if Culley was the right guy for the challenging situation he was taking on in Houston; however, his game management and decision making has been subpar in key moments this season.

David Culley’s in game management is as bad as expected for someone who was never an NFL playcaller in his 28 year coaching career.

A delay of game on a field goal attempt drew fan ire.

Delay of game on a field goal. David Culley does NOT run a clean operation.

Perhaps the worst of his mistakes was declining a penalty and opting to punt rather than replay third down against the Cleveland Browns.

This is priceless. Watch Coach Stefanski’s reaction to David Culley & the Texans inexplicably declining the offsides penalty on 3rd & 15 and opting to punt rather than accept the penalty to replay 3rd down & 10. (Credit to @Bizzer324 for spotting this.) #Browns #Texans pic.twitter.com/oCIZEE6HrR

To be fair, this continues to be one of the toughest head coaching jobs in the NFL hence the turnover of coaches there so Culley could be just the latest one to try and fail to turn this franchise around.