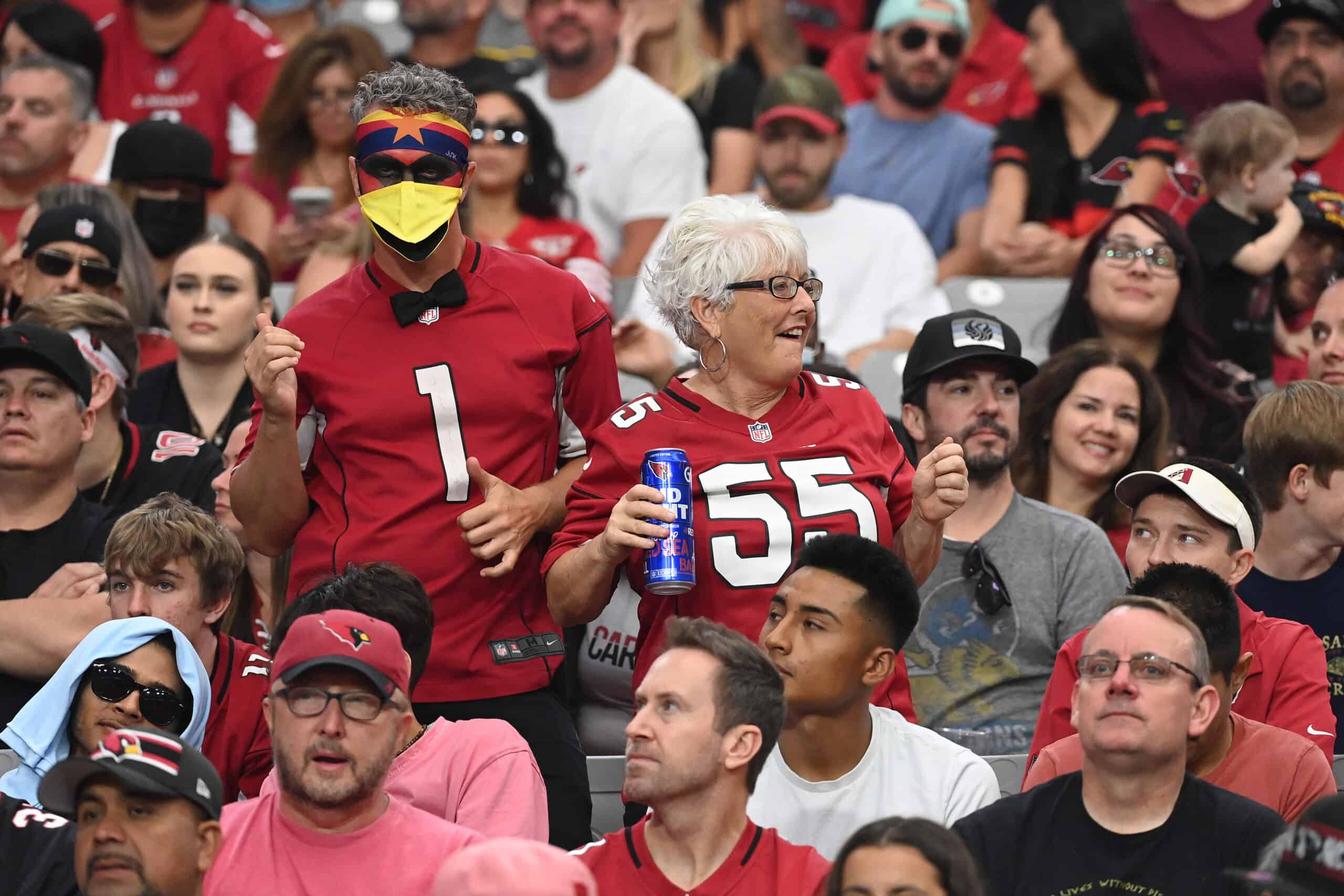 If someone told you that it would be the Arizona Cardinals sporting the best record after nine weeks in the NFL, you probably wouldn’t have believed it.

Despite there being more qualified and more experienced teams in the league, Arizona has jumped out to an 8-1 record, and has the inside track on the NFC’s number one overall seed.

It’s hard to argue with results, especially considering that the Cardinals have done this competing in arguably the NFL’s most competitive division.

Despite the gaudy numbers, there are a few reasons why Cardinals fans should be concerned as the NFL season progresses.

Heading into their Week 10 game against the Carolina Panthers, the Cardinals don’t yet know whether starting quarterback Kyler Murray will be able to give it a go.

Arizona was able to hold down the fort last week against the San Francisco 49ers with Colt McCoy under center, but they would rather not be forced to go that route too many more times if possible.

There are two mini-reasons for concern under the main umbrella of this topic.

Firstly, Murray is dealing with an ankle injury, and one of his most special differentiating traits is his mobility.

If the ankle ailment lingers or doesn’t properly heal, Murray might be forced to operate primarily out of the pocket, which would take away a huge dimension of Arizona’s offense.

The second point is that we’ve seen this movie before, and it didn’t end well for the Cardinals in 2020.

They got off to a hot start last season too, only to fade down the stretch.

Some of that was due to Murray being beat up in the final month of the season, and being forced to play reserve quarterback Chris Streveler in a do or die game.

It’ll be interesting to see how the team manages Murray down the stretch.

On the surface, the return from injury of a player who’s not even on the Cardinals shouldn’t affect Arizona’s fortunes too much.

Seattle Seahawks quarterback Russell Wilson is slated to return to action this weekend after missing time with an injured finger.

It’s going to be a tough road to climb for Seattle to get back into the playoff race, as they are currently at 3-5, good for last in the NFC West.

However, because the Cardinals have yet to play Seattle, that means they will face them twice in upcoming months, with one of the best quarterbacks in the league back in the saddle.

The last two games in the matchup have been decided by one score or less, and it’s hard to imagine that Seattle won’t at least give Arizona a run for their money in both of those contests.

3. A Lack Of Collective Postseason Success

The first goal for Arizona will be to qualify for the postseason, which is something they failed to do last year.

Since they are 8-1, the chances of them missing out on the postseason are very slim at this point.

However, if they are able to secure the best record in the NFC, there will be a lot of pressure on them to make it to the Super Bowl.

In a loaded conference, that will be quite a challenge, even if they do have home-field advantage.

DeAndre Hopkins and J.J. Watt(if he can return from a shoulder injury in time for the postseason) have been in the playoffs several times with the Houston Texans, but never made it past the Divisional Round.

A.J. Green has similarly played in the postseason with the Cincinnati Bengals, but never advanced past Wild Card Weekend.

In fairness, they did acquire tight-end Zach Ertz last month, who won a championship with the Philadelphia Eagles in the 2017 season.

It will be interesting to see if a team that hasn’t been together that long can find what it takes to advance.