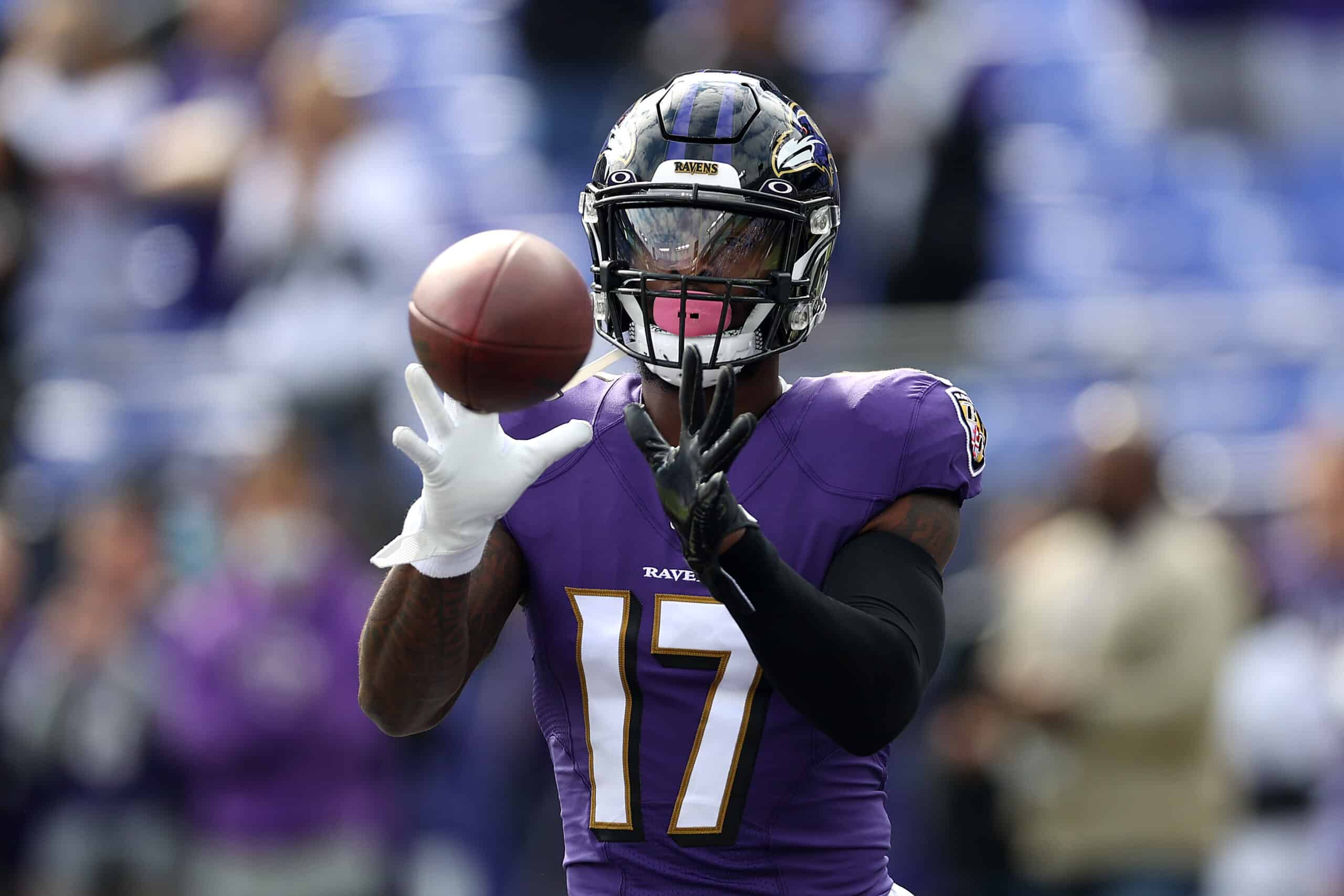 Le’Veon Bell is once again an NFL free agent.

His stint with the Baltimore Ravens lasted only five games, and he finished with 83 yards and two touchdowns.

Sadly, he was the odd man out in Baltimore’s top-ranked run offense with Ty’Son Williams, Devonta Freeman, Latavius Murray, and quarterback Lamar Jackson.

Despite his release, he had nothing but gratitude for the Ravens organization.

this hurts, but it’s been a blessing to be here to say the least, i’ve enjoyed every second of this short period & gotta whole new meaning of what this city is like & it’s a great place to be 🖤💜 I appreciate Eric Decasta & John Harbaugh for the opportunity to be called an Raven pic.twitter.com/428poGYsNO

While he’s not the same First-Team All-Pro player he once was, Bell still has enough talent to help other teams.

He still has a few good years left in him before he hangs up his cleats for good.

Here are the possible destinations for the three-time Pro Bowler and the 48th overall selection in the 2013 NFL Draft.

Is a return to Pittsburgh imminent for Bell?

Only the Steelers front office can answer that question but bringing him back makes sense.

Without question, Najee Harris is the star of the team’s backfield.

Najee Harris wanted to do this interview in Spanish so bad that he just started singing Christmas songs pic.twitter.com/YCSPNVugRl

However, he’s single-handedly producing from that area because Benny Snell Jr. and Kalen Ballage aren’t helping much.

Therefore, Bell can become Harris’ backup to give him rest.

While Harris has been durable so far, they will need more of him when Pittsburgh qualifies for the AFC playoffs.

They can preserve him for the games that truly matter while getting some production from Bell.

The Kansas City Chiefs finally returned to form in Week 10 against the Las Vegas Raiders.

That victory puts them on top of the AFC West, where experts project they rightfully belong.

But even in that game, the Chiefs only had 94 rushing yards, and they’re lucky that the Raiders had less with 50.

Bell can help in that department while Clyde Edwards-Helaire is still on injured reserve.

Darrell Williams is doing what he can to establish the Chiefs run game, but it’s not enough.

Therefore, any help from a seasoned veteran like Bell will come in handy.

If he gets his groove from the backfield, opposing defenses will think twice in dropping seven or eight men in coverage because the Chiefs can gain yards from the ground anyway.

The Tennessee Titans defense raised the ante of their game when Derrick Henry went down to injury.

Their marked improvements enabled them to defeat legitimate contenders like the Los Angeles Rams and the New Orleans Saints.

But the defense might struggle at some point during the season, leaving the offense to pull off victories.

It might be hard to do so because the Titans heavily relied on Henry.

.@AdrianPeterson loves the culture with the @Titans. pic.twitter.com/QQygWOUc3B

They already acquired Adrian Peterson, who has had modest performances since his return.

However, even the last non-quarterback to win MVP honors is not enough to compensate for Henry’s absence.

Therefore, Bell can come in and compete for a roster spot to help Tennessee’s offense.

Having A.J. Brown and Julio Jones back will help Ryan Tannehill inject more variety on their offense.

The Tennessee Titans have 20 players on IR & are still the number 1 seed in the AFC.. Mike Vrabel puts on his boxing gloves & wins football games#PatMcAfeeShowLIVE #Titans pic.twitter.com/FX92zs7qcE

Until then, they must improve their run game by acquiring Bell.

Teaming him up with Peterson would be a dream backfield if this was in the 2010s.

But their combined efforts at an advanced age will help Tennessee maintain their spot on top of the AFC.