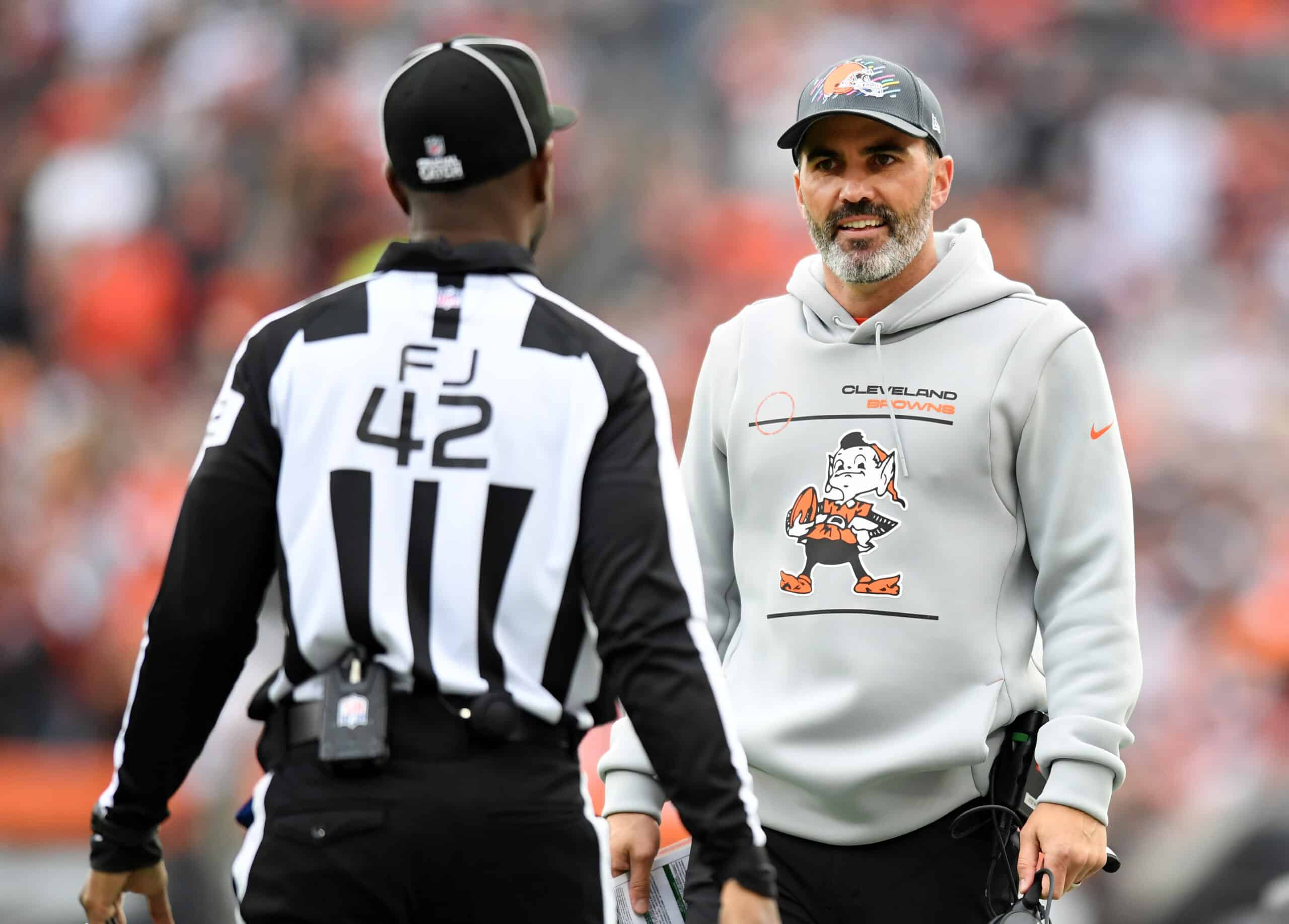 Whether fans like it or not, how NFL games are officiated have become a major topic over the last 20 years.

Football fans of a certain age wouldn’t be able to recall rules experts being a part of an NFL telecast in the 1990s or earlier.

At this juncture though, Mike Pereira, Gene Steratore, John Parry, and Dean Blandino have become household names, and part of our viewing experience.

Usually, rules and penalties are not brought into the spotlight because of how logical they are or how accurately they were called.

We only make a fuss over them when an interpretation of them seems illogical, or a call is missed that significantly impacts a team.

Taking a cue from the above fact of NFL life, we’ll look at three penalties that need to be stricken from or amended in the rulebook.

It can be argued that there is no more impactful call in sports than pass interference in the NFL.

The offensive team literally could be awarded with a benefit that could take them 99 percent of the way to the end zone.

Because of the immediate and significant nature with which it can change a game, pass interference has always been one of the hot button issues the league has had to deal with.

Because of the subjective nature of what constitutes pass interference, and the type of major reward the offensive team can receive, it seems like there should be a middle ground to fall back to.

Instead of potentially awarding 70 yards to the offense, the NFL can look into implementing a maximum possible gain of 15 or 20 yards.

That way, offenses still get the benefit of advancing with a fresh set of downs when their receivers are obstructed, but it doesn’t automatically flip field position drastically if a bad call is made.

At the conclusion of Week 9, taunting made its way back to the A-blocks of many sports morning shows.

On Monday night, Chicago Bears linebacker Cassius Marsh was flagged for taunting the Pittsburgh Steelers sideline after a sack, and it ended up being a huge momentum swing in the game.

It was pretty clear even dating to the preseason that the NFL wanted renewed emphasis on curtailing the showing up of opponents.

Indianapolis Colts running back Jonathan Taylor was called for a questionable taunting penalty after an impressive run back in August, which felt strange even at the time.

It’s understandable why the league wouldn’t want to encourage or permit a rampant level of taunting; there would likely be an increase in altercations due to hurt feelings.

However, unless the celebration or actions of a player are directly pointed at the opposition within close proximity, it would be ideal if the NFL let players celebrate their accomplishments with more latitude.

I don’t want to live in a world where this minor level of enthusiasm after steamrolling the entire defense is a 15-yard penalty what’s wrong with you @NFL pic.twitter.com/4kAk3NEkKy

Quarterbacks and the passing game will always put fans in seats, and bring eyeballs to TV sets.

As a result, it makes perfect sense why the NFL would want to ensure that its most marketable commodities remain healthy.

Evolution and updates to the roughing the passer penalties have dramatically changed, leaving pass rushing defenders in a predicament as to how they can hit the quarterback.

Striking a quarterback in the head area is a no-no, as is going low for their knees and ankles.

Considering the game is fast moving, and features players whose line of sight is limited by a helmet, more common sense needs to be applied about how difficult a defender’s job has been made.

We may be headed for a world where one day all penalties are reviewable, and roughing the passer might deserve to be at the top of the list.

And here it is.

An accidental graze, or a minimal brush up against the quarterback during the heat of the play should be a no-call, and it might take video review ability to help underscore that point.