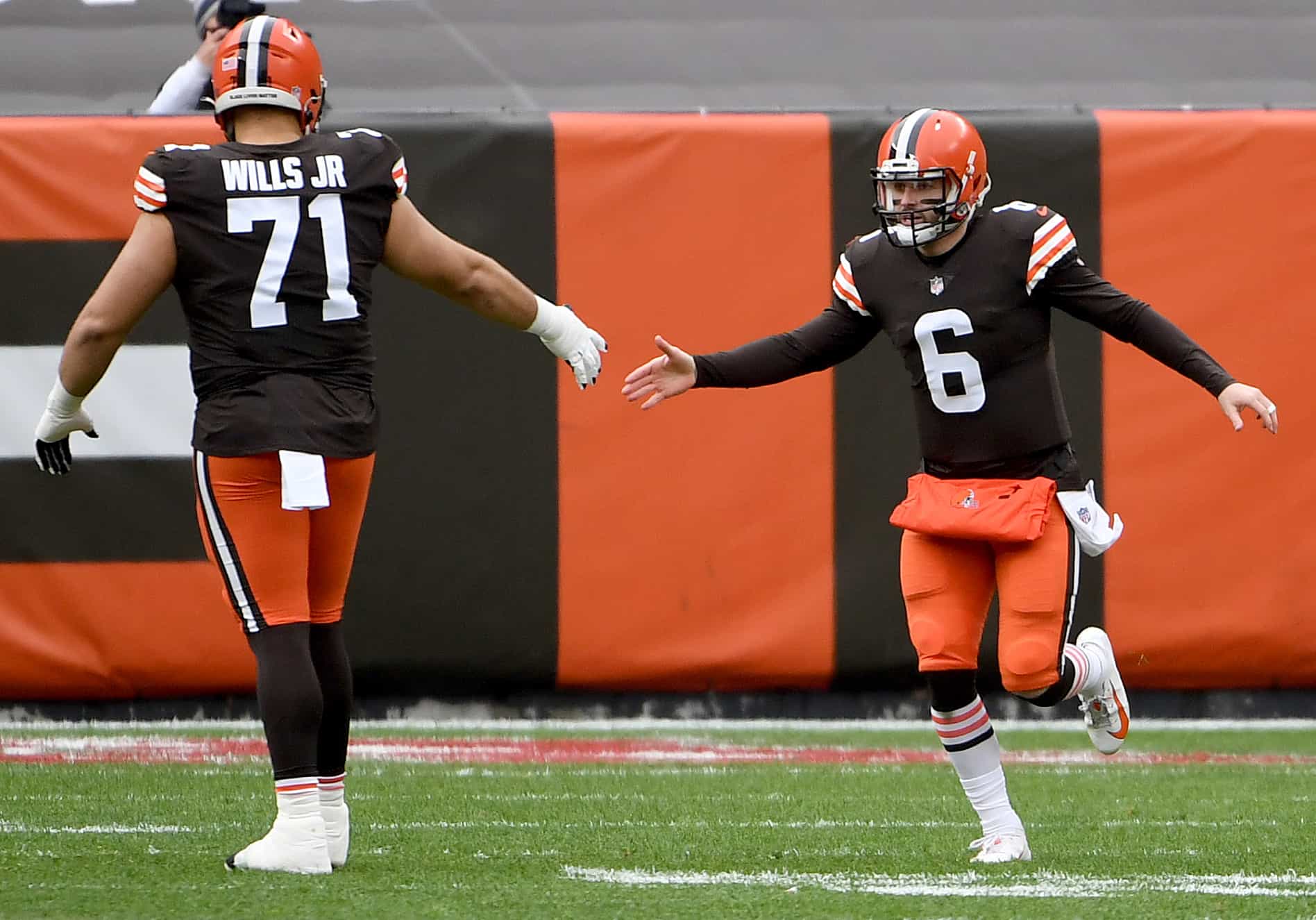 Time flies so fast that the 2021 NFL season is already at its halfway mark.

While the playoff race in both conferences is starting to take shape, there’s always the drama that keeps NFL fans tuned in.

It sounds cliché, but all teams are undergoing their television series.

So the 2021 NFL season is drunk? pic.twitter.com/0ci4AxmFCn

They suffer defeat or enjoy triumph while plot twists add complexion to each matchup.

If you’re looking for games to keep an eye on, these three pairings will provide the best narrative.

These subplots alone will have you at the edge of your seat while both teams battle on the field.

Bill Belichick spent time as the Cleveland Browns head coach for five seasons from 1991 to 1995.

A year later, he became an assistant head coach for the New England Patriots.

In 2000, Belichick became the Patriots head coach and won six Super Bowls throughout his tenure.

Aside from the historical backdrop, this pairing is fascinating because of several implications.

A win by the Patriots will pull them closer to AFC East leaders Buffalo.

Sunday is a battle between the last 2 coaches to win a playoff game with the #Browns. pic.twitter.com/sGgSx92G5l

On the other hand, a Cleveland win keeps them in contention for the AFC North.

Both teams feature defensive units that can affect the game’s outcome.

New England has one of the highest-scoring defenses in the league, while the Browns have sacks leader Myles Garrett.

They also have stellar defensive backs with J.C. Jackson for the Patriots and Denzel Ward for the Browns.

His response will be enticing to watch as well.

This showdown will feature two teams who lost vital players in their respective campaigns.

It would be interesting to see how they find ways to win because there will be a chess match between two of the craftier head coaches in the NFL.

Meanwhile, the Tennessee Titans gave the Los Angeles Rams a dose of their medicine to win despite Derrick Henry‘s absence.

Sean Payton has constantly proved that he can win regardless of the challenges.

Titans head coach Mike Vrabel also ascribes to that philosophy because he keeps on winning without the fanfare.

Alvin Kamara will be a crucial figure in the Saints’ offense, and his versatility can help New Orleans pull off an upset.

Meanwhile, can Jeffery Simmons and the Titans’ defense pull off a repeat performance?

This game is shaping up to be a dogfight to the end, making it highly exciting.

There’s always heightened intensity during division games, and this clash is no different.

Every game counts in the ultra-competitive AFC West as all teams have five wins apiece.

The winner of this contest stays at the upper half of the division and improves their playoff hopes.

Both teams are struggling coming into Week 10.

Here’s my photos of numero uno, @DeSeanJackson10 in Silver and Black, practicing with the #Raiders for the first time. pic.twitter.com/YmqVae6QdP

The Chiefs won against the Aaron Rodgers-less Green Bay Packers but scored only 13 points.

Meanwhile, the Raiders lost to the New York Giants in their first game without Henry Ruggs III.

Damon Arnette‘s absence may also help Patrick Mahomes get out of his slump.