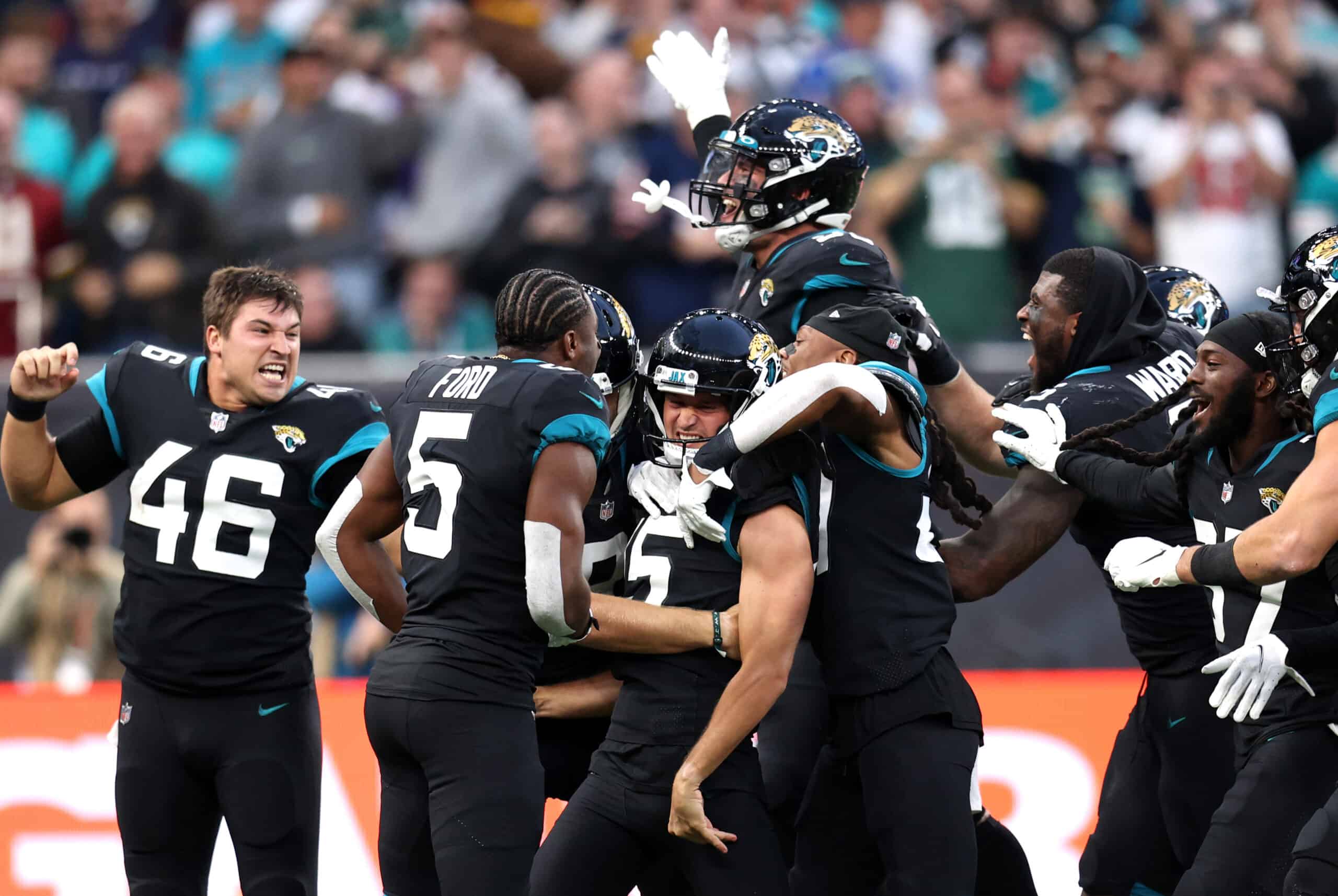 When a season goes sideways for a team in the NFL, it can feel like the year just won’t end, making it hard to summon up the intensity week in and week out.

If going through that losing campaign wasn’t enough, there’s an extra week left to play for teams whose playoff dreams were dashed long ago.

While franchises who are just playing out the string seemingly have nothing to fight for, there are three teams who would be well served looking for a glimmer of hope in Week 18.

It was a narrative that was largely swept under the rug for most of the NFL season, but Trevor Lawrence’s struggles as the chosen franchise savior have been highlighted more consistently recently.

He’s only thrown two touchdown passes in his last nine games, and has thrown for the most interceptions in the NFL this season.

The mobility he displayed at Clemson has not been featured in the professional ranks, either.

Lawrence does get some benefit of the doubt being on a team which just completed one of the most abominable coaching stints in league history.

Urban Meyer didn’t do Lawrence or the Jacksonville organization any favors, but if the number one overall pick was that good, he might have been able to overcome some of it.

It won’t erase a tumultuous campaign for the signal caller, but if Lawrence is able to finish his rookie year on a high note against an Indianapolis Colts team seeking a playoff berth, it would help skew his perception positively.

On his final road passing attempt of the season, #Jaguars QB #TrevorLawrence connected with #DareOgunbowale for a 28-yard touchdown pass.

With that completion, he set the #NFL all-time single-season rookie record for pass completions on the road (including preseason).#DUUUVAL pic.twitter.com/E3MYcQL3Jm

Even though the Detroit Lions held the NFL’s worst record for the majority of the season, and only sit at 2-13-1 currently, they’ve had a respectable season.

Detroit has hung tough in most of their games, and were in most cases doomed by late-game execution mistakes.

Despite a lack of talent throughout the roster, head coach Dan Campbell does have his team playing hard.

A win in the season finale against the Minnesota Vikings won’t change things too much, but how they play in the last game could serve as a positive reinforcement of their competitiveness.

Amon-Ra St. Brown has quickly become one of the more exciting receivers in the league during the last few weeks, and his continued emergence would leave the Lions feeling confident about their weapons heading into next season.

Grabbing a win over his brother Equanimeous St. Brown and the Green Bay Packers would be a satisfying way to conclude the campaign.

Amon-Ra St. Brown is on a mission ☀️ pic.twitter.com/K742mnvRwF

It hasn’t always been pretty, but the Atlanta Falcons hung around in the NFC playoff race longer than many people expected.

They won’t be able to eclipse the .500 mark at 7-9, but Atlanta can gain some confidence for the future with a solid performance against a Tampa Bay Buccaneers team that figures to play all of its players.

Whether that future will include Matt Ryan is anyone’s guess, but the team features some intriguing young talent, led by tight end Kyle Pitts.

After having been stymied in the early part of the NFL season, Pitts has come on strong since Week 5, and would love to add to his touchdown total before heading home for the offseason.

A victory against the Bucs would also serve as a nice statement win for rookie head coach Arthur Smith.