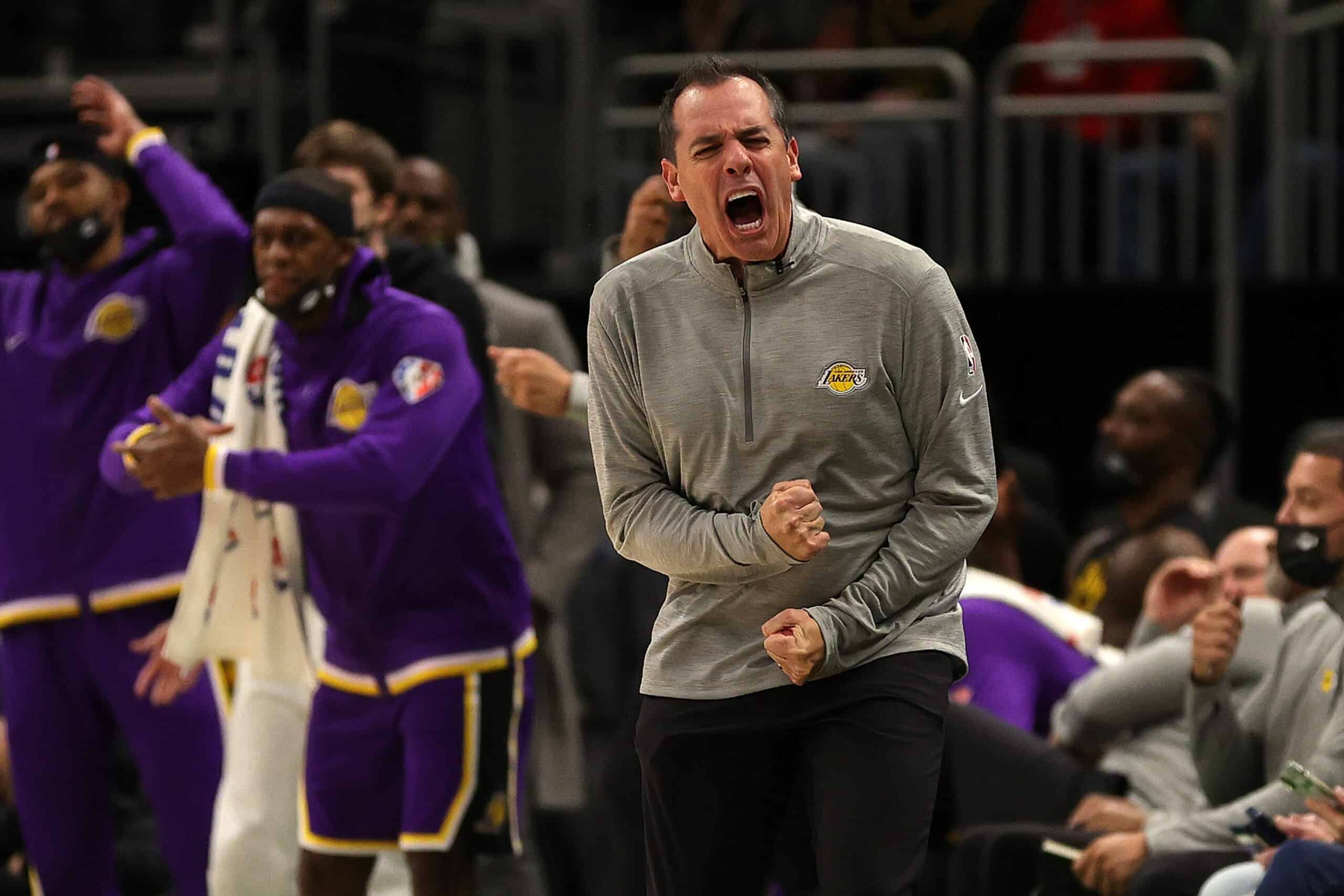 It’s only November, but the star-studded aging Los Angeles Lakers are off to a shaky start to the 2021-22 season.

The Lakers entered the season with an average age of 30 years, which is the oldest in the league.

There’s already some debate about whether LeBron James has won his last NBA title.

As of Wednesday afternoon, the Lakers are 8-7 and have the seventh-best record in the Western Conference.

Is it too late to bring back Alex Caruso aka the “Bald Mamba”?

Here are three reasons Lakers fans should have concerns with their team:

He turns 37 at the end of December.

It’s vital the Lakers keep James healthy for any chance to contend.

The Lakers offense has been 8.4 points per 100 possessions better with him on the floor than with him off.

This season, an abdominal strain has kept James out of the lineup since November 2.

James could return to the court Friday night when the Lakers take on the Boston Celtics.

There's growing optimism that LeBron James could make his return to the Lakers vs. Boston on Friday (ESPN, 7:30 PM), sources tell ESPN. James has been out two weeks with an abdominal strain. Lakers start five-game road trip in Milwaukee on Wednesday.

Since joining the Lakers at the start of the 2018-2019 season, the Lakers have done a decent job at managing James’ load.

The 2019-20 season marked the most James has played as a Laker, when he started 67 regular-season games.

The year before, James suffered the first major injury of his career.

James’ groin injury forced him to miss a then-career-high 17 games.

Plus, the Lakers have three of the NBA’s five oldest players and six of the league’s 12 oldest.

While these players have had great careers, but James, Carmelo Anthony (37), Trevor Ariza (36), Dwight Howard (35), Rajon Rondo (35) and Russell Westbrook (33) are all past their primes.

The Lakers have been without some role players expected to contribute to their lineup.

Ariza and Kendrick Nunn haven’t played yet due to injures.

Talen Horton-Tucker has played two games so far this season, but scored a career-high 28 points against the Chicago Bulls on Monday night.

However, the Lakers are oddly reliant upon the three-point floor spacing provided by Anthony (45.3 percent), Wayne Ellington (41.5 percent) and Avery Bradley (39 percent).

Ellington, 33, and Bradley, 30, have struggled to stay healthy the past few seasons.

Once James returns to the lineup, the Lakers will need to sort out their lineups to create better floor spacing.

While James is shooting 34.7 percent from three-point range this season, Anthony Davis (20 percent) and Westbrook (29.2 percent) are not efficient three-point shooters.

A big reason Rondo was able to play effectively alongside James and Rondo during the 2020 title run is he shot 40 percent from three-point range.

Rondo is shooting 25 percent from three-point range this season.

Westbrook still has one of the NBA’s least tradable contracts until the final year of his deal next season while Rondo is due about $2.64 million this season.

His 5.3 turnovers per game are close to his career-worst.

At what point do we acknowledge the Lakers made a mistake acquiring Westbrook instead of DeMar DeRozan this past offseason?

Davis aka “LeBron’s co-Batman” didn’t mince his words following a 107-83 blowout loss on November 12 to the Minnesota Timberwolves, who now have a 4-9 record.

“We suck,” Davis said. “No defense, can’t score. Man, that’s not (just) this third quarter. Every third quarter that we’ve played this season we come out slow, lackadaisical offensively and defensively.”

Davis’ criticism of the Lakers’ performance in the third quarters of games is not misguided.

As of Wednesday afternoon, the Lakers average third-quarter margin is -5.9 points, which ranks last in the NBA.

The Lakers regrouped with a 114-106 win against the San Antonio Spurs on November 14.

However, Davis’ frustration boiled over when he got ejected Monday for just the second time in his 10-year NBA career during the 121-103 loss to the Bulls.

Davis picked up a technical foul in the first quarter and he got another in the third quarter after losing his shoe while falling out of bounds with the ball under the Lakers’ basket.

He then got tossed after yelling at the referee when the Bulls were allowed to inbound the ball before Davis could get his shoe back on.

The post 3 Legitimate Concerns For Lakers Fans appeared first on The Cold Wire.