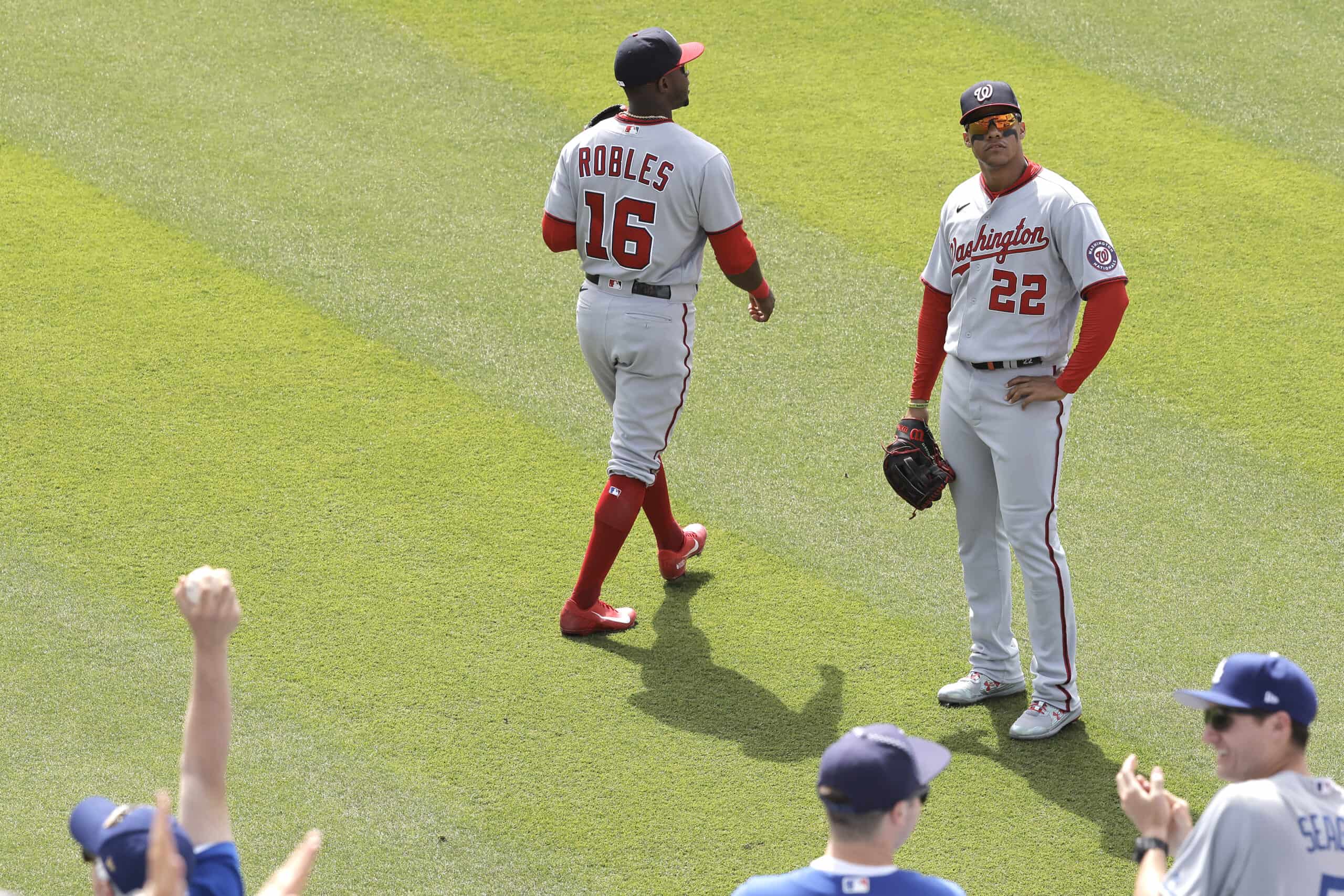 The Washington Nationals were sellers at the 2021 trade deadline and shed some salary and high-profile players.

However, it’s not crazy to think they can be respectable in 2022, especially when they have young star Juan Soto and some interesting players.

They aren’t expected to spend too much in free agency, but these three players can help and may be within their price range.

All those men have something in common: they were pending free agents at the time and are now on the market.

That means Washington recognized they wouldn’t have many chances (Scherzer and Schwarber) or interest (everyone else) in retaining them.

In fact, they may be looking to save money for a Soto extension.

That means, if they go to the free agent market, they will probably look for relatively young players with some upside.

Always with enormous potential since his days in the Baltimore Orioles, the 29-year-old Bundy broke out in 2020 with a 3.29 ERA in 65.2 innings.

There is still a lot of talent (and a fantastic slider when he is on) in his right arm, so the Nationals can work with him and save his career.

He wouldn’t command too much money, so he could make sense, as the team is prepared to give him a rotation spot.

Archie Bradley is 29 and still, theoretically, in the prime of his MLB career.

But there were a few issues with Bradley in 2021.

This caused other run prevention metrics to paint a different picture: Fielding Independent pitching, or FIP, had him at 4.35, and xFIP had him at 4.56.

As long as there is not an injury, the Nationals should consider him and try to “fix” him.

If they do, they could have a valuable trade piece or one they could keep if they so decide.

The Nationals have openings all over the infield.

They surely intend to play Carter Kieboom at third base and Luis Garcia at second.

Alcides Escobar was re-signed to play shortstop, but it’s not a good bet to repeat his acceptable 2021 numbers.

It’s unrealistic to expect Washington to pursue one of the top-tier free agent shortstops, because of financial reasons.

That’s why Freddy Galvis is a solid option for them.

I said it a week or so ago, as a utility-type player, the Nationals could do better than Alcides Escobar, but they also do a heck of a lot worse, so if they’ve signed him for cheap, that’s fine.

Obviously, it now all depends as to what else they do at shortstop this offseason…

However, he is a very strong defensive shortstop and can make even the toughest plays there, which will help the pitching staff.

Additionally, he does carry some offensive upside: his career-high in homers is 23 and his highest mark in steals is 17.

He is a solid, cheap option for a transitioning team.