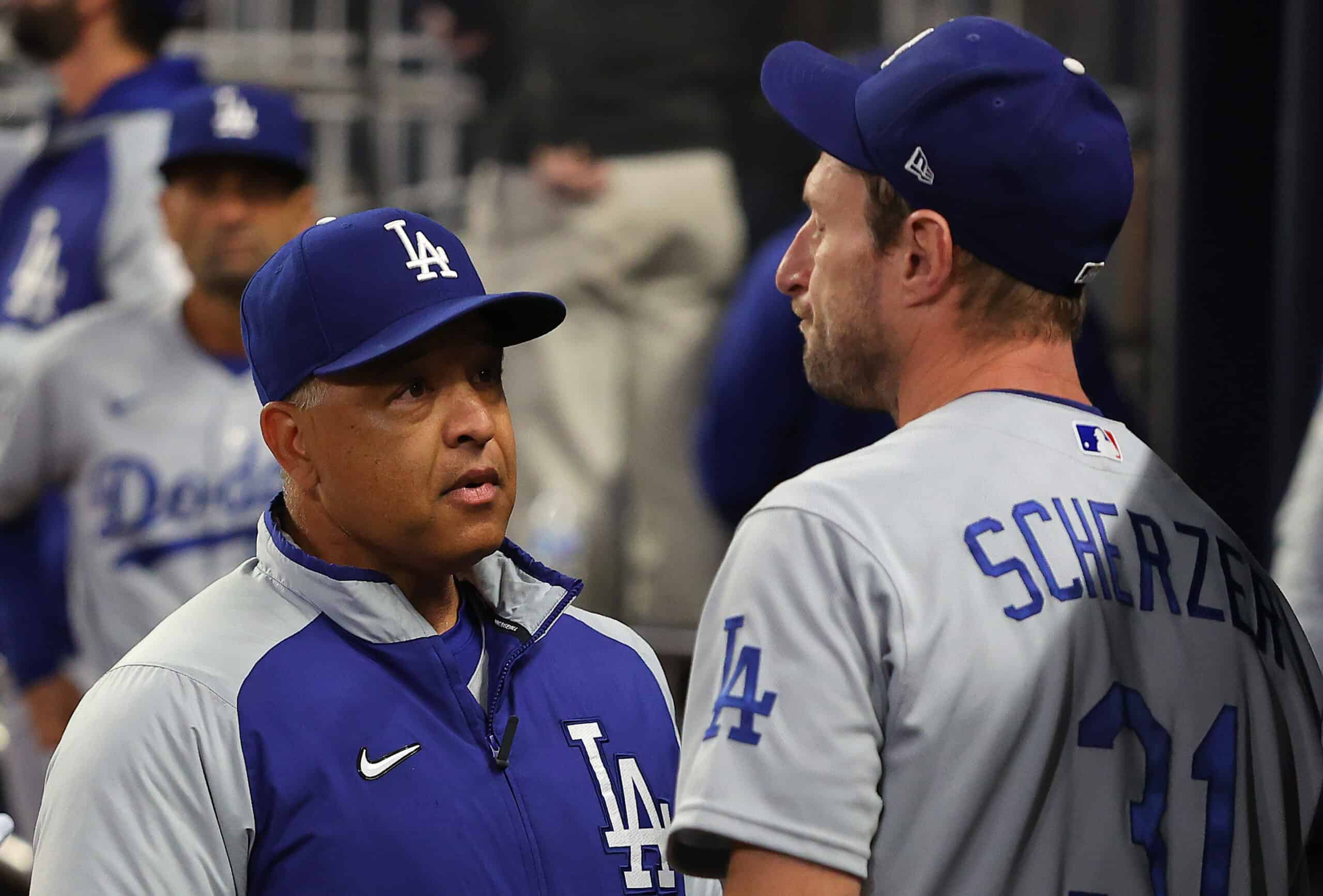 The Los Angeles Dodgers have a lot of work to in the front office if they want to return to the World Series in 2022.

They have a lot of important free agents, and they also need to consider outside players.

These three major leaguers are logical fits in Los Angeles.

The Dodgers invested a lot of resources in acquiring Max Scherzer and Trea Turner at the deadline.

They gave away two top 100 prospects in catcher Keibert Ruiz and pitcher Josiah Gray for half a season of Scherzer and a season and a half of Turner.

Overall, it was a worthwhile transaction, but keeping Scherzer for at least two or three more years would really help the Dodgers.

At the moment, their rotation is facing a lot of uncertainty, with only Walker Buehler, Julio Urias, and Tony Gonsolin healthy and under contract for 2022.

Scherzer and Clayton Kershaw are free agents, and Dustin May is rehabbing from Tommy John surgery.

Having Mad Max back would be a boost for their chances of re-taking the National League West division.

Covering 179.1 frames, Scherzer struck out 11.84 hitters per nine innings and handed out just 1.81 walks per nine.

He can still perform at a high level for a couple more seasons, and likes the Dodgers: a reunion makes sense.

While previewing free agency, we have a hard time picturing Kershaw in a different uniform than the Dodgers.

He has all the making of a Dodger for life: that’s the fans’ sentiment.

@MagicJohnson I’m 51 and, as a lifelong Lakers fan, am proud you stayed with the Lakers, like Worthy, and Larry and McHale in Boston.

So please don’t let Kershaw get away. He should be a Dodger for life!

Respect and thank you!

During the 2021 season, he experienced some forearm issues that limited him to 121.2 innings.

They were recurrent and cost him the postseason, but he is said to be on track to be ready for the start of 2022 spring training.

The Dodgers didn’t extend him a qualifying offer, and for the first time in years, his stay in Los Angeles is in doubt.

However, both parties should be able to work things out.

They better be, because Kershaw can still pitch (3.55 ERA, 3.00 Fielding Independent Pitching) and he is a fan favorite and a franchise icon.

It would be a very different scenario if he was set to miss time in 2021, or if he performed badly, but he had 3.4 Wins Above Replacement in just 22 starts.

Corey Seager is a free agent, and while he remains a possibility to return to Los Angeles, it’s becoming clearer that there is a lot of competition for his services.

Carlos Correa is expected to command a $300 million deal, and Seager can approach the number, too.

It’s unclear if the Dodgers want to go that far in their pursuit, as they know there are other top shortstops in the market.

One of them is Marcus Semien.

The majors’ leader in WAR since 2019, Semien had a phenomenal season with the Toronto Blue Jays.

He also played excellent defense at second base, but he is really a shortstop.

With a 6.6 WAR this season, he cemented his place in the elite of the league.

It makes sense for the Dodgers to pursue him if they can’t re-sign Seager.