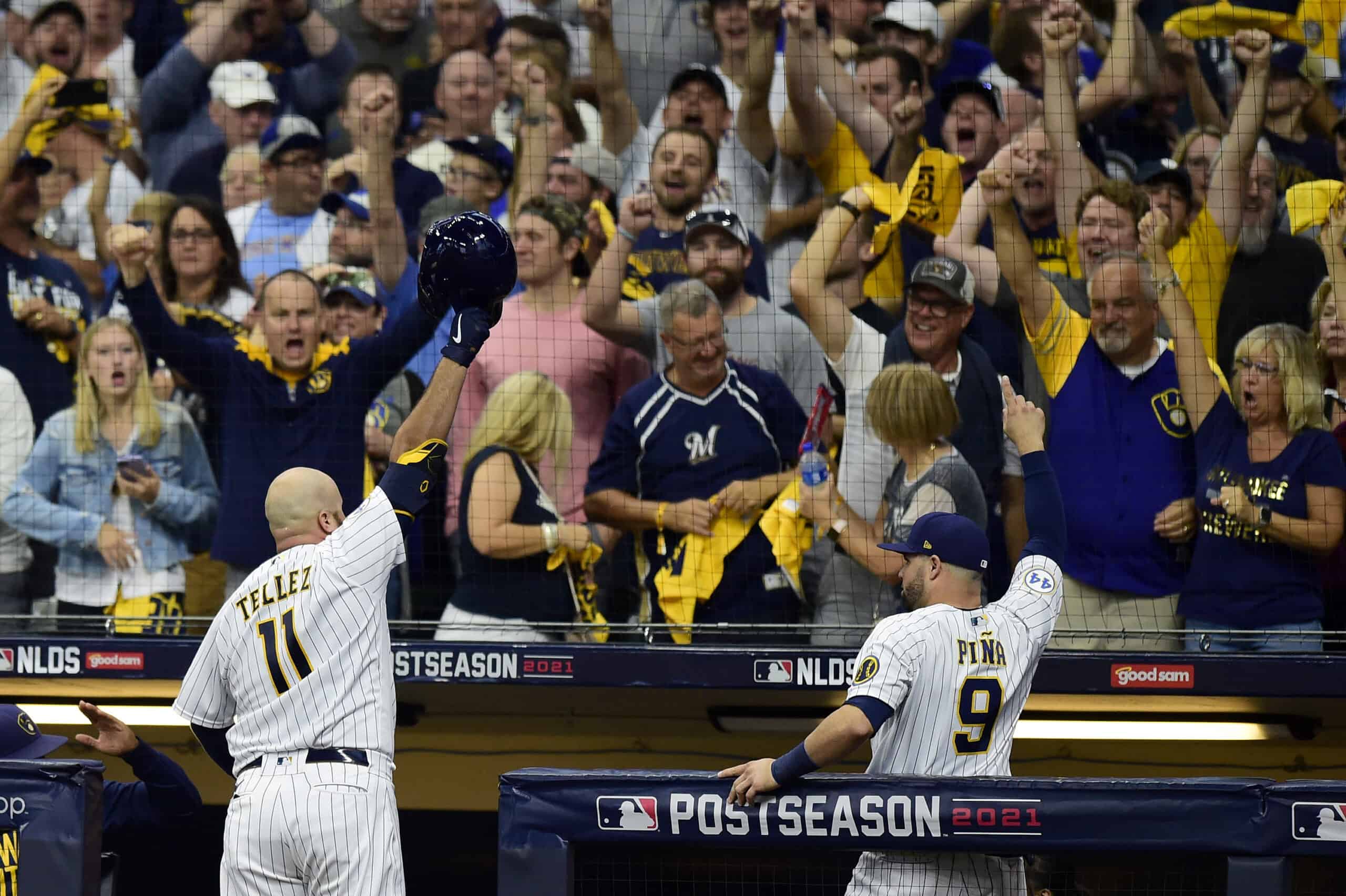 The Milwaukee Brewers won 95 games in 2021 and despite an early exit in the postseason, they look ready to compete for years to come.

The offense, on the other hand, was more of a middle-of-the-pack unit.

The lack of talent on offense became evident in the playoffs, when they dropped three out of four games against the Atlanta Braves.

That’s why they need to re-sign some of their own free agent position players, as well as adding some more talent from outside.

Avisail Garcia accumulated a certain number of plate appearances between 2020 and 2021, and thus applied to convert a club option into a mutual option.

He declined his part of the mutual option and became a free agent, testing the market at 30 after a very good season.

That’s why it’s crucial for the Brewers to find a way to retain Garcia.

They can’t afford to lose any viable, consistent offensive weapons they have.

He may look for a multi-year deal, and he is likely to get it somewhere.

Milwaukee needs to make sure he stays and helps the team achieve its objectives, especially in October.

Part of the reason the Brewers were so successful was because they had two very good catchers.

Both of them are very good defensively, especially Manny Pina.

And both are decent offensively, close to average (which is huge for a catcher), especially Omar Narvaez.

Pina is slated to hit free agency, and his usefulness at both facets of the game is enticing a lot of teams.

There are several needs around the Brewers’ roster: they could use improvements at the infield corners, and a better center fielder than the aging Jackie Bradley Jr. and Lorenzo Cain.

However, they must not forget about Pina and his worth to the team.

When it comes to outside free agents, the Brewers could use some stars, but their budget is usually not too large.

If they can find a way to bring an impact hitter, they should pounce.

Brandon Belt may be 34, but he remains a top offensive weapon and is actually coming off his best season in 2021.

He won’t be cheap, and may not want to get out of San Francisco at this point, but he’s definitely worth pursuing.

However, none of those players can measure up to Belt in talent and production.