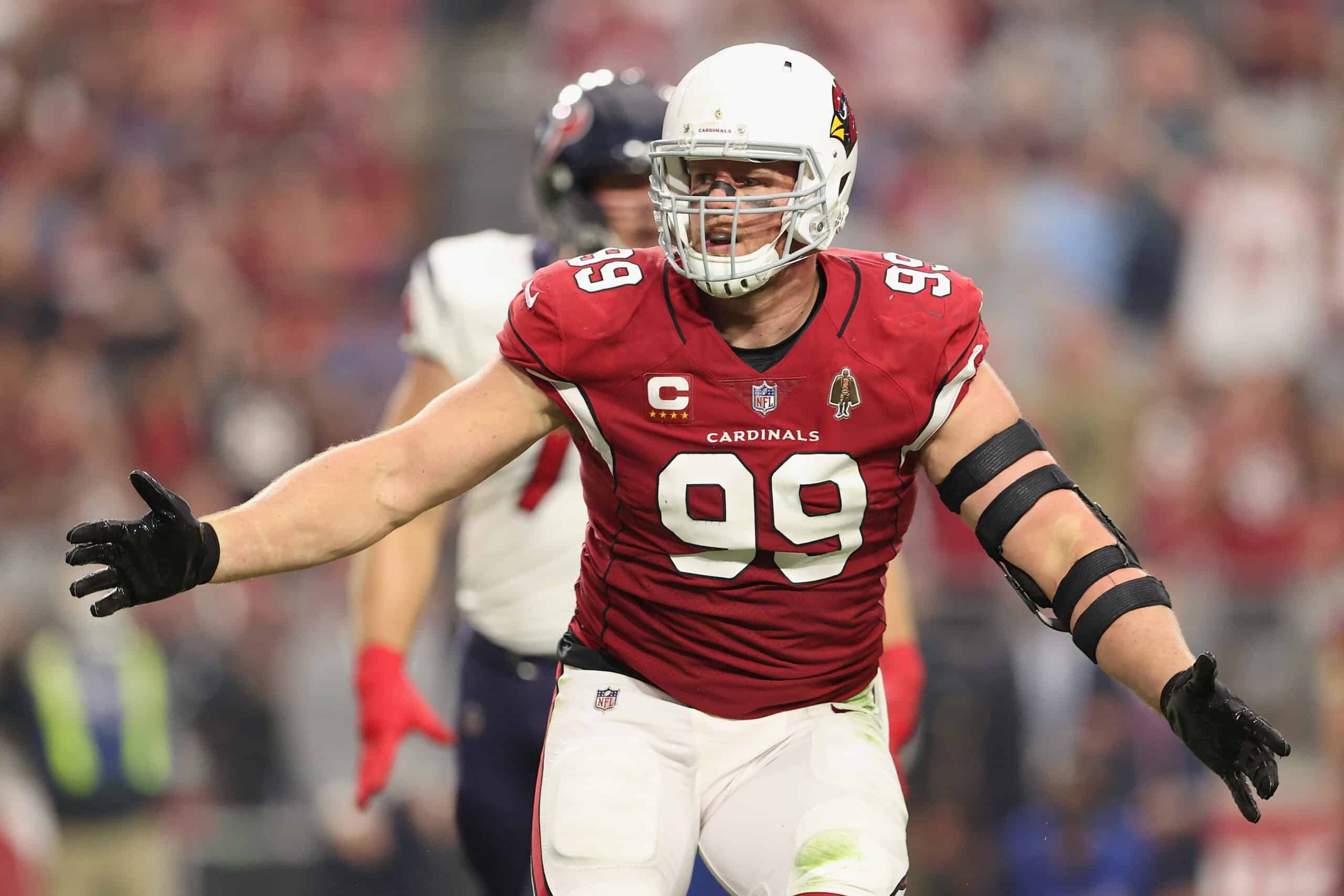 Arizona Cardinals defensive end J.J. Watt will be missing the rest of the season due to shoulder surgery.

The three-time Defensive Player of the Year suffered the injury against his former team, the Houston Texans, but finished the game.

He will sit out their Thursday Night Football encounter against the Green Bay Packers.

His absence will be a big blow to the Cardinals’ defense which ranks fourth in total yards allowed at 316.7 per game.

A report from NFL Network’s Ian Rapoport mentioned that the recovery period could last for three months.

If that timeframe stays true for Watt, he might have a chance to play in the NFC Championship Game or Super Bowl LVI, granted that the Cardinals reach that far.

For the Cardinals to achieve that goal, other people must take his spot and step up.

#AZCardinals DE JJ Watt played the entire second half last week… and now needs shoulder surgery, source said. The recovery is likely at least three months, which may knock him out for the season. A tough situation for the veteran.

They must match or exceed the 16 tackles, 10 quarterback hits, and one sack he has in seven games.

Executing trades won’t be an excellent idea because it will disrupt team chemistry, and the Cardinals have no significant cap space left.

Therefore, they can rely on their reserves only.

Here are the players who must rise to the occasion and fill the void that Watt left.

The Cardinals drafted Michael Dogbe in the seventh round of the 2019 NFL Draft after playing for Temple.

Last season, the team waived and signed him to the practice squad before elevating him to the active roster.

This year, Dogbe is second on the depth chart behind Watt at the left defensive end, and he will pick up most of the playing time moving forward.

That privilege comes with the challenge of maintaining the pressure that Watt brings upon opposing quarterbacks.

The 25-year-old New Jersey native needs to produce more than the nine tackles and one sack he has this season.

Otherwise, opponents will be comfortable executing run plays on his side.

The former Oklahoma standout is finally healthy after spending the start of the season on injured reserve.

Arizona hopes he can regain his form with the Buffalo Bills in 2019 when he had 9.5 sacks.

This move coincided with the trade for Zach Ertz, as Arizona gets relief to use to operate the rest of the season.

Anything close to that level of production will help maintain the Cardinals’ undefeated run.

Phillips registered a sack during their 31-5 win against the Texans.

So far, he has 17 sacks, three forced fumbles, and an interception throughout his NFL career.

He made noise in Week 1 when he had five sacks against the Tennessee Titans.

Unfortunately, he played one more game after but did not register a sack.

Chandler Jones went to the reserve/COVID-19 list and will be active against Green Bay.

If it wasn’t clear already, this is a MONSTER game for Chandler Jones.

With Watt out, the Cardinals desperately need him to perform.

In his absence, Watt and Markus Golden became the leaders of the Cardinals pass rush.

He can announce his return with flair by getting to Aaron Rodgers.

Having Golden and Jones playing together is a scary thought for opposing offenses.