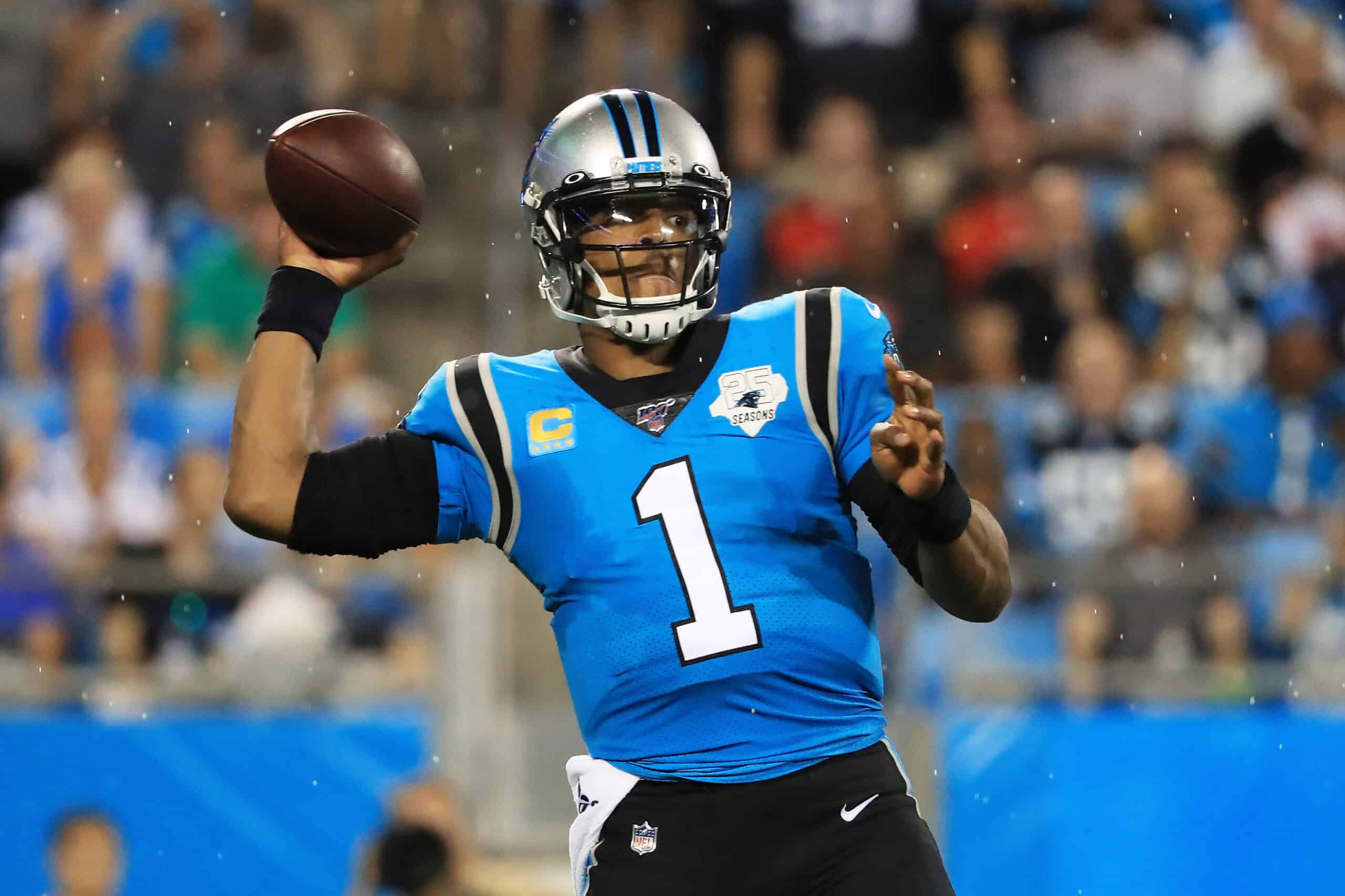 Cam Newton’s NFL hiatus is over, and he will be returning to the Carolina Panthers.

His new deal with his old team includes $4.5 million in guaranteed money and a $1.5 million roster bonus.

Source: The #Panthers are giving QB Cam Newton a 1-year deal worth up to $10M for the rest of year…includes $4.5M fully guaranteed and $1.5M roster bonus.

This news will energize the Panthers faithful as they get back the quarterback that led them to play in Super Bowl 50.

Newton returns to his old stomping grounds after spending a year with the New England Patriots.

To remember his contributions to the game, here are the top three seasons of his NFL career.

Call it a Super Bowl hangover, but the Panthers finished 6-10 after playing in the sport’s biggest game.

Newton also missed one regular-season game and started in only 14.

However, he helped Carolina bounce back with an 11-5 record the following year.

Two of their losses were at home against the New Orleans Saints and the Philadelphia Eagles.

“You’ve been watching film too huh? That’s cool. Watch this.”

One of @CameronNewton‘s best moments ever with the @Panthers. (via @thecheckdown) pic.twitter.com/1rN3N6t7Mm

The former college standout finished the 2017 season with 3,302 passing yards and 22 touchdowns.

He also added 754 rushing yards and six scores from the ground.

Sadly, their postseason run didn’t last long because they lost again to the Saints in their Wild Card game, 31-26.

Cam Newton walking back into the Panthers facility pic.twitter.com/3hzsI8Bf37

The Panthers did not defeat the Saints in three games that season.

In his only playoff game that year, Newton finished with 24 completions for 340 yards and two touchdowns.

It was in this year that Newton made the NFL playoffs for the first time.

Unfortunately, their run ended with a loss to the San Francisco 49ers in the Divisional Round.

Despite the defeat, the Panthers had much to celebrate because they became legitimate title contenders starting that season.

Newton started all 16 games and led the Panthers to a 12-4 record.

Cam Newton showing up at the Panthers stadium like pic.twitter.com/ruuRxlvNh0

Three of their losses came on the road against the Saints, Arizona Cardinals, and Buffalo Bills.

However, the Panthers had an eight-game win streak from Weeks 6 to 13.

“I’ve been clear on the impact [Cam Newton] has made on my career. He’s the best thing to ever happen to me, on and off the field.

I am thrilled. I am jacked. I can’t wait to see what he does.”

This year was an easy choice because Newton was at the summit of the NFL.

They could have completed a perfect regular season if not for their Week 16 loss to the Atlanta Falcons.

However, they made it to Super Bowl 50, where they faced the Denver Broncos.

But it was in the regular season wherein he did the most damage.

Newton tallied numbers of 3,837 yards and a career-high 35 passing touchdowns and 10 rushing scores.

His dominance and versatility this season gave him his third Pro Bowl selection.

Cam Newton is back where he belongs…

He was also a First-Team All-Pro and named Offensive Player of the Year.

More importantly, he became the league’s Most Valuable Player that year and the first Panther to receive the award.