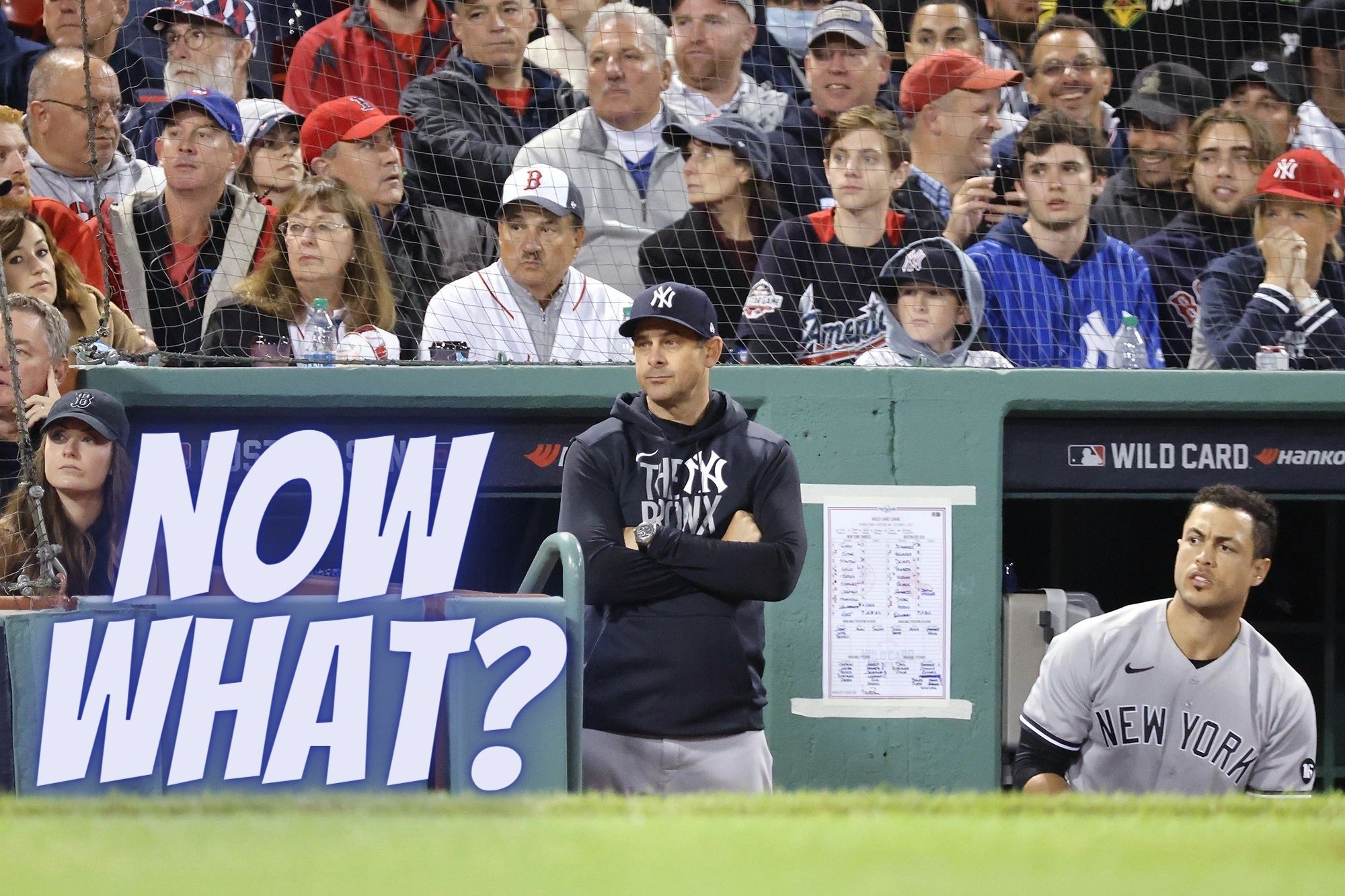 On Tuesday Night, the New York Yankees were defeated in the American League Wild Card by their rival Boston Red Sox. This latest loss signified another disappointing ending in the postseason for Yankees fans. Since being hired as manager in 2018, manager Aaron Boone has led the New York Yankees to the postseason in all four seasons. The results for the Yankees’ 28th title have not come to fruition, though. After their 12th consecutive season without a World Series title, the Yankees are left asking themselves, “Now what?”

Throughout the 1990’s and 2000’s, the New York Yankees relied on the “Core Four” of Derek Jeter, Andy Pettite, Jorge Posada, and Mariano Rivera. All four of those players were on each of the World Series winning teams in 1996, 1998, 1999, and 2000. After the “Core Four” all left for other pastures, Yankee fans have wondered which four players in their system would step up to be 2.0. So far, we haven’t seen players come up through the system that have stepped up into that position. Right fielder Aaron Judge is certainly considered one pillar. Is Gary Sanchez or Kyle Higashioka the modern-day Posada? Who will play Pettite’s role as a postseason clutch performer? And is reliver Aroldis Chapman – though not drafted – their closer for the future?

This season, the New York Yankees starting rotation and bullpen was overworked and at times, looked overwhelmed. Ace righthander Gerrit Cole was having a solid season, even after “substance” controversy on June 15. Cole had his share of dominant and awful starts throughout the season, but when it came to the postseason, his best stuff wasn’t there. He only threw 50 pitches in two full innings in the Yankees loss in Boston. Chapman didn’t show his best stuff at times. He still had 30 saves in 34 opportunities, but at times during the season, he looked… mortal. Chapman was especially atrocious at home where he had a 4.71 ERA. Yikes. The bullpen was overworked at times as well. Boone is known for going to his bullpen earlier than usual – one particular game I’ll get to in a moment – because the Yankees weren’t getting quality starts.

Speaking of the manager, Boone entered 2021 in the final season of his contract. It’s been a mixed bag of results in his tenure. The Yankees have won one division title and have gone no further than the ALCS during the Boone Era. In this rollercoaster of a season that was 2021, Yankee fans at times were calling for Boone’s firing. Part of it had to do with Boone’s decision making: there were times he relied on his bullpen too much (see July 25th‘s game as an example). There have also been times throughout his era where Yankees hitting relied all too often on power hitting rather than situational hitting. Sure, the Yankees can smash it out of the park, but if you go to the well too often, it’ll eventually dry up. Questions abound as to whether Boone will return and the fanbase is calling for change.

(And though this isn’t on Boone but his third base coach Phil Nevin, there’s… well, this.)

According to ManGamesLost.com, the Yankees were among the teams with the highest amount of man-games lost again in 2021. Aaron Hicks appeared in only 32 games and fans worry that he’s the next Jacoby Ellsbury: talented, but injury-prone. Clint Frazier figured to be a part of the Yankees outfield, but only appeared in 66 games. After an MVP-like season in 2020, Luke Voit only appeared in 68 games in 2021. Zach Britton was his own worst critic in several poor outings – he had Tommy John surgery last month and won’t play in 2022. DJ LeMahieu wound up on the IL at the worst time with a hernia and missed the Wild Card. Now, New York Yankees fans are left to how far they would have gone in the postseason had these players remained healthy.

The New York Yankees are always in the conversation of big free agency signings. The 2022 offseason is no exception with very notable names such as Nolan Arenado, Clayton Kershaw, Max Scherzer, Kris Bryant, and Marcus Stroman. The New York Yankees will always be big spenders, but are they willing to give Gerrit Cole-type money to either of these players just to see another early postseason exit? Fans are used to the big splash free agent landing in pinstripes, but is it just for relevance now? There’s also the matter of keeping players who have been in the system, including Judge, Sanchez, and Gleyber Torres. Judge was awarded $10M in arbitration, but wants to be in The Bronx for life. These are worries that will preoccupy general manager Brian Cashman, but we need to see what Boone’s future with the franchise is first.

I’m Ryan McCarthy and I usually cover the New York Jets and New Jersey Devils for Belly Up Sports. I couldn’t help write this baseball article, though. We have a lot more to offer in our MLB coverage. If you want to chirp at me regarding the Yankees, life, or other topics, hit me up on Twitter: @whoisryanmcc. Thanks for reading.