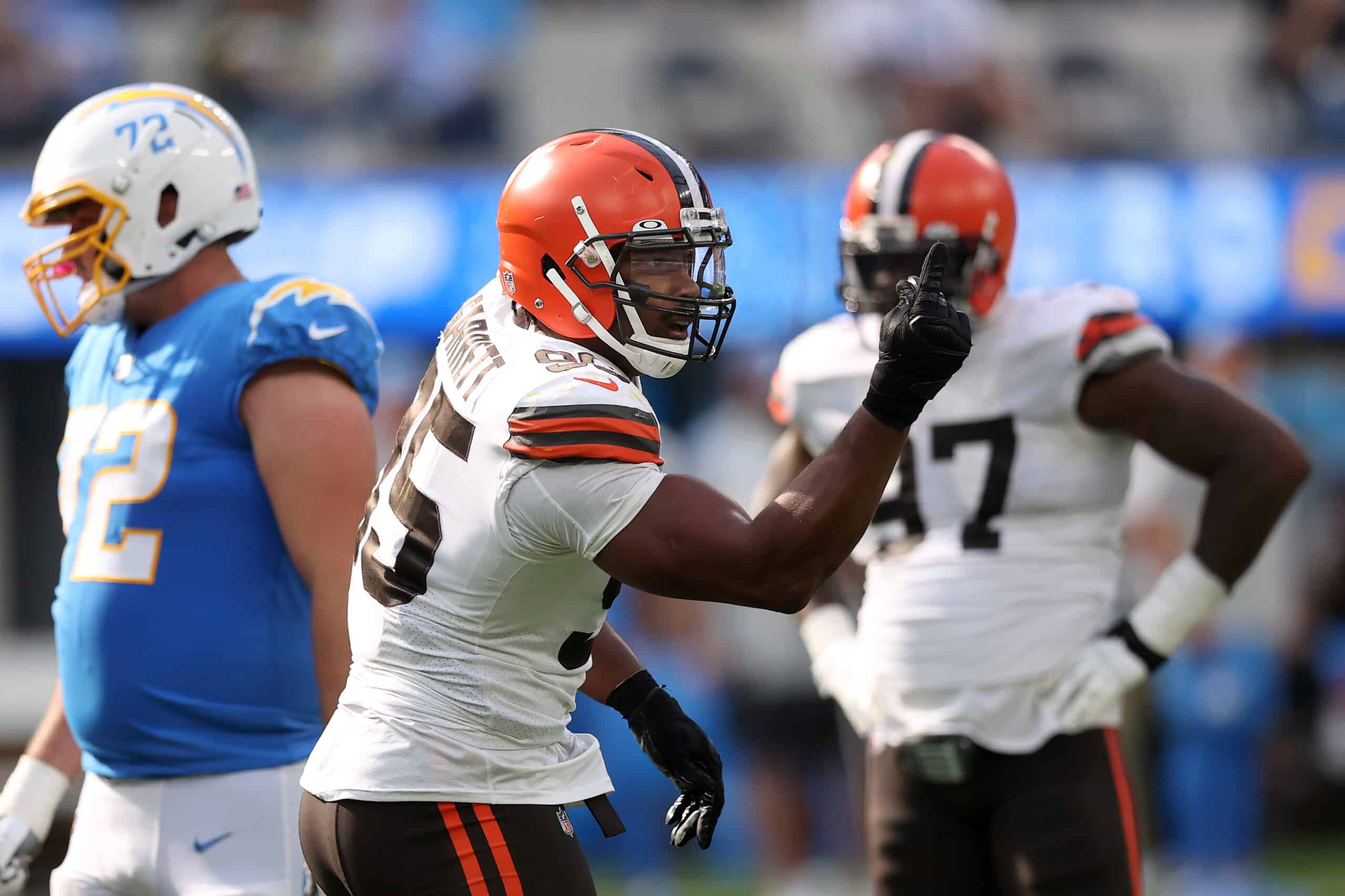 The Cleveland Browns have a true defensive superstar in Myles Garrett.

Who knew that he was also a star at Halloween decorations?

TMZ seemed to be in the area and snapped some great photos of decorations on Garrett’s lawn.

This is amazing and also just hilarious.

Garrett even included the tombstone of Kyler Murray, who the Browns face this Sunday at home.

As with any topic on social media, trends arise out of nowhere.

I was wondering why Mason Rudolph was trending https://t.co/zriRSSf3xW

Did something happen involving him fans should know about?

No, it was just the fact that Garrett did not include him in this year’s Halloween decorations.

That is probably for the best following the incident between the two back in 2019.

Besides, Rudolph is not the starting quarterback in Pittsburgh so it would not have fit the theme.

Garrett was clearly just trying to have some fun here and not stir up any further controversy.

A Fast And Dominant Start

Garrett is one of the few defenders in the NFL who can put up some decorations and have it make sense.

He is already at seven total so far in 2021 through five games.

He is on a dominant pace and seems to only get better with time.

Garrett is easily in the discussion for Defensive Player of the Year and should also set a new career-high in sacks, tackles, and just about every single statistical category.

He is also in the discussion for the best Halloween decorations of anyone associated with the NFL.

Are other players going this hard for the holiday?

Perhaps Garrett will cause some others to step up and try their hand at intimidating opposing players via lawn ornaments.

But Garrett was the first one to it, so that shows how he prepares well for just about everything in life.