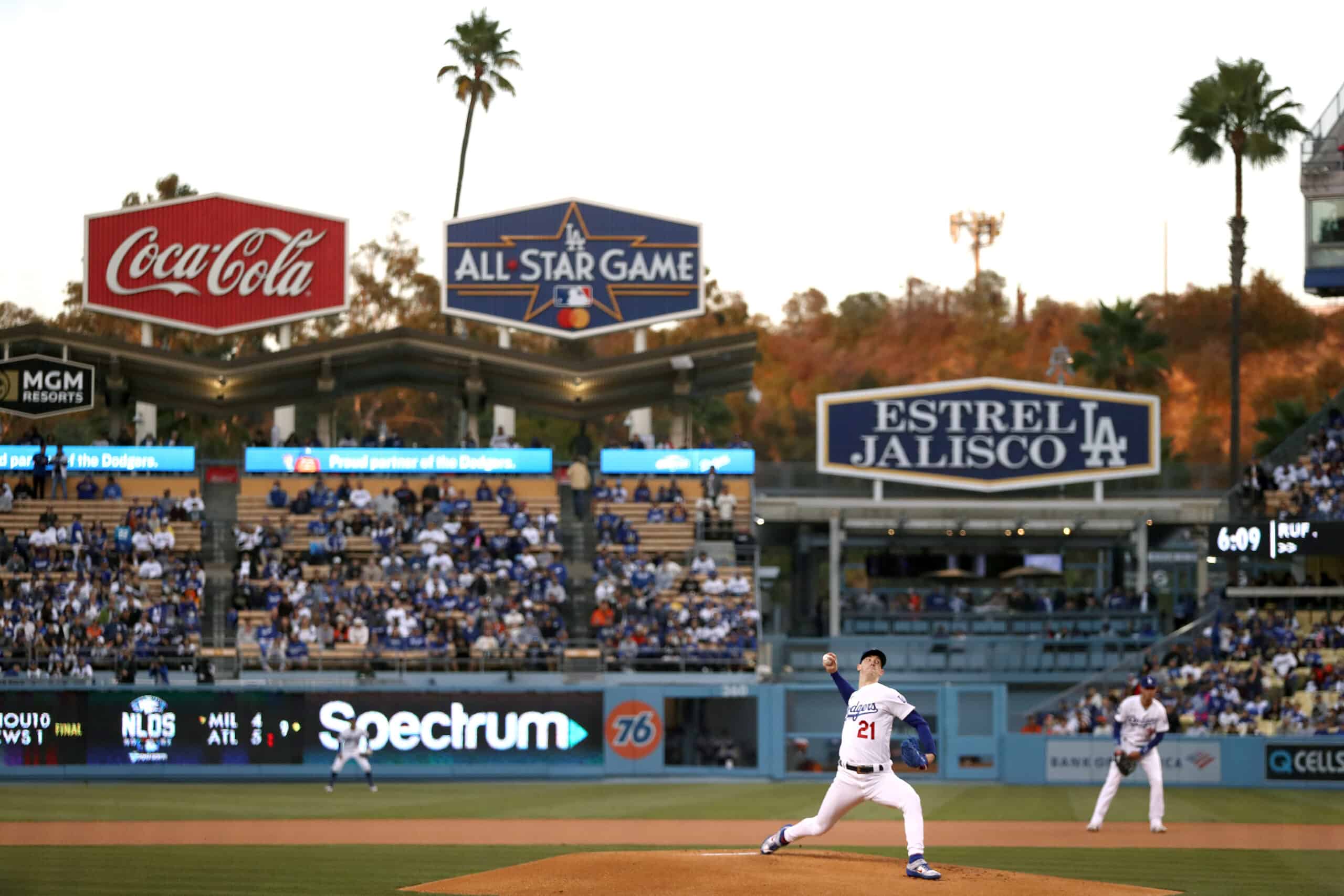 The Los Angeles Dodgers won 106 games in the regular season, but they’re going to need to win one more on Thursday night to extend their year.

L.A. has already faced elimination twice in the 2021 playoffs, and both times, the team has survived.

The club has gotten some gusty performances from a variety of players along the way, and most recently, it was Walker Buehler who helped keep the Dodgers’ season alive.

The righty got the ball on short rest for L.A. in a do-or-die Game 4 against the San Francisco Giants on Tuesday night, and he delivered.

“As long as I could walk into the clubhouse, I think I was going to pitch.”

Nothing was going to stop @buehlersdayoff from taking the mound tonight. 😤 pic.twitter.com/bENTlYoisi

Buehler is becoming a superstar for the Dodgers, and it’s time for MLB fans to put some respect on his name.

Buehler Got The Job Done In Game 4 On Short Rest

The Dodgers wanted the ball in Buehler’s hand with the season on the line on Tuesday.

The team had every reason to believe him, and he proved that the club made the right choice.

He tossed 4.1 innings of one-run ball before being removed.

He allowed just three hits and two walks, and he fanned four batters.

His pitch count was low when the Dodgers took him out, but L.A. already had a big lead at the time.

The team likely didn’t want to push him too far since he had pitched just a few days earlier.

To state the obvious, the Dodgers got the win after Buehler handed things off to the bullpen.

The 27-year-old gave Los Angeles exactly what it needed in a massive spot.

No one can question Buehler’s playoff track record.

He has made 11 career starts in the postseason and has allowed three runs or fewer in nine straight.

Walker Buehler is great during #postseason elimination games, but the dude is just good in October regardless of the situation. He’s already racked up 72 IP in the playoffs and owns a 2.50 ERA, 1.00 WHIP, 32.3% strikeout rate, and an 8.8% walk rate. #Dodgers (via @Dodgers) pic.twitter.com/jL8vJmfbq6

Buehler is a fantastic regular-season performer, but he gets even better in the playoffs.

That can’t be said about many players around the league.

He’s certainly hoping he’ll get another start in the 2021 postseason, but it’s out of his hands now.

He posted a 3.38 ERA over two starts in this NLDS with the Giants and likely won’t pitch again in these playoffs unless L.A. advances to the NLCS.

Buehler is here to stay.

The youngster has completed just five seasons at the MLB level, but he’s likely going to have a very long and successful career.

He’s only getting better by the year.

The two-time All-Star is on an extremely exciting trajectory, and he’ll have a great chance at winning multiple World Series titles before he retires.

He already has one under his belt, and he’d obviously love to get another in 2021.

If the Dodgers beat the Giants in Game 5, another ring for Buehler and L.A. will become a real possibility.