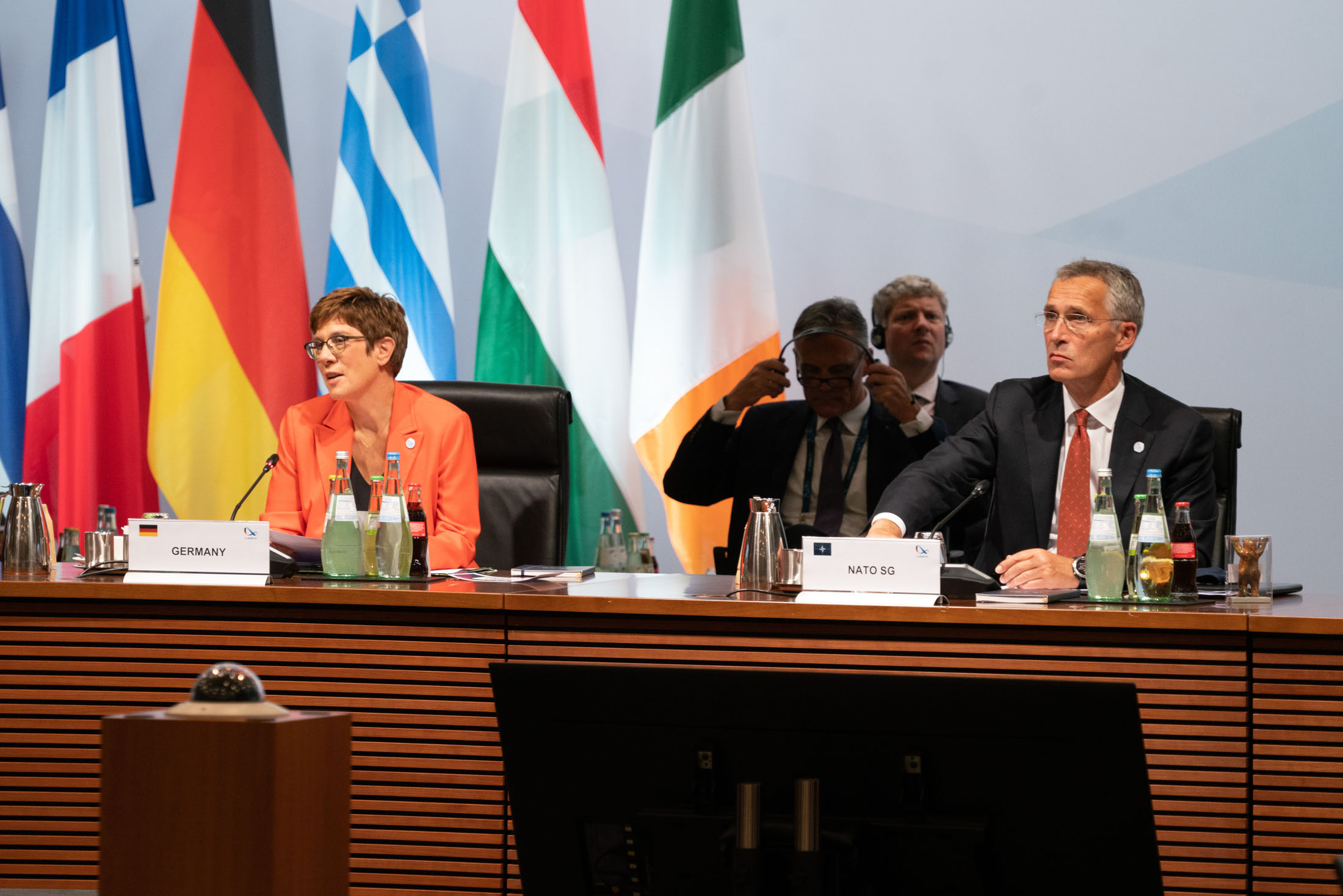 What direction will Berlin’s foreign and security policy take in a post-Merkel era? Allies, neighbors and competitors are all no doubt anxious for phone calls from Germany’s next government. Chancellor Angela Merkel, who remains in place as the leader of a caretaker government, has been doing farewell tours since the summer. One can almost hear her drumming her fingers on her desk.

It looks as if some patience may be required. The Social Democrats (SPD), winners of last month’s Bundestag election, began “exploratory” talks this week with the Greens and liberal Free Democrats (FDP). A decision on whether to open coalition negotiations may come by Friday.

They have little choice. There has been no SPD chancellor since 2005. That was also the last time the Greens were in government. The FDP has been out of power for all but four years since 1998. Merkel’s Christian Democrats — the only coalition alternative — appear to be taking themselves out of the running. Their leadership is busy forming a circular firing squad amid angry calls from the ranks for a reckoning.

The most urgent, divisive issues on the negotiators’ agenda are domestic, though almost every one has external policy dimensions. They involve modernizing Germany’s creaky physical, administrative, educational and digital infrastructure, and achieving a just and green transition. Each would require public investments funded by tax increases or public debt — which the SPD and Greens are ready to contemplate, but the FDP firmly opposes.

Gone are the budget surpluses of a few years ago. Instead, Germany’s first three-way coalition since the 1950s would face rising consumer prices, shortages of affordable housing, global supply disruptions and a looming European energy crisis. The pandemic persists; its long-term economic and social effects have yet to play out. And while the hard-right Alternative for Germany lost seats nationwide, it gained ground in two of Germany’s most structurally disadvantaged eastern states.

As in other Western nations, these domestic tensions are likely to act as constraints on the foreign and security policy of the country’s next government. The problem is that neither Germany nor its allies can afford that. From January, it will be Germany’s turn to chair the G-7 club of leading industrial democracies as it grapples with a frayed international order. President Emmanuel Macron of France will seek reelection in April in a contest likely to feature two tenacious hard-right candidates. His defeat would leave Berlin bereft of its most important partner in Europe.

Elsewhere, more trouble is afoot. Poland’s government is openly challenging the rule of law in the EU. The U.K. is confronting Brussels over the Northern Ireland protocol, while Foreign Secretary Liz Truss just laid out a diplomatic strategy that omitted all mention of the EU.

The U.S. is conducting global force and nuclear posture reviews that could have a major impact on defense and deterrence in the western alliance. But the Biden administration is under siege from the far right as well. Should it lose one or both of its legislative majorities in next year’s midterms, its foreign policy could become even more disjointed.

None of this turmoil escapes the authoritarians in Moscow and Beijing. The Kremlin taunts Europeans with their dependence on Russian energy. China doubles down on intimidating Taiwan. It all sends shudders through the global economy, on whose stability the “export champion” Germany depends like few other nations.

Can a “traffic light” coalition of SPD, Greens, and FDP rise to these challenges? There are some grounds for hope. Olaf Scholz, finance minister and presumptive chancellor, was the driving force behind the 750 billion euro European economic recovery program in spring, as well as the recent international agreement on a minimum corporate tax rate. Key voices in all three parties favor a tougher, values-based response to China.

But do the negotiators understand that Germany must be the central provider of land-based deterrence in Europe — and will have to invest in its armed forces accordingly? Do they realize how great Europe’s stake is in the Biden administration not losing its domestic struggles — and that they can help by taking on greater responsibility for European security? Their campaign platforms offered little reassurance that they do. One thing, meanwhile, is certain: the world will not wait for Germany’s next government.