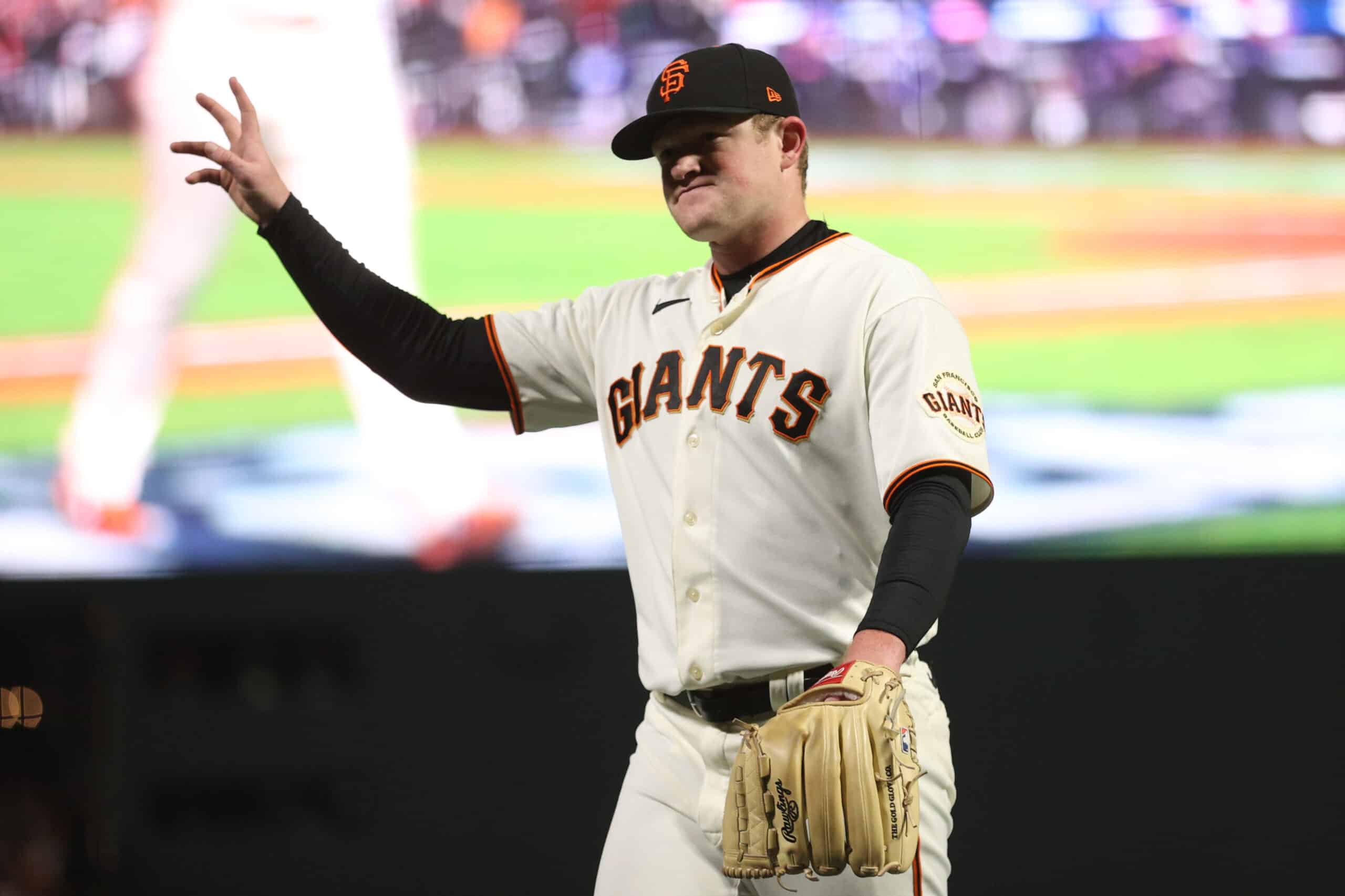 The San Francisco Giants will put their historic 2021 season on the line on Thursday.

After an unforgettable regular season in which the Giants won 107 games and claimed the NL West division crown, the club is facing elimination in the NLDS.

It’ll be a do-or-die Game 5 between the Giants and Los Angeles Dodgers, and San Francisco is going to give the ball to Logan Webb with everything at stake.

It’ll be the biggest start of the 24-year-old’s career so far.

If he gets the job done, he’ll earn a place in Giants lore.

Will he rise to the occasion?

Webb Was Cold-Blooded In His First Playoff Start

Webb made his playoff debut in Game 1 of this NLDS, and the results were phenomenal.

He tossed 7.2 innings of shutout ball and fanned 10 batters.

He allowed just five hits and didn’t walk anyone.

Ultimately, he exited with the lead and got the win.

That performance spoke volumes about the level of majority Webb has.

The youngster got thrown into the fire by having to make his playoff debut in such a massive spot, but he delivered in every way possible.

He’ll look to do it again on Thursday.

Webb proved throughout the regular season that he’s a legitimate rising star.

After looking iffy over the first two years of his MLB career, he has taken a massive leap in 2021.

San Francisco went 22-5 when he pitched — good for an insane win percentage of .815.

If that’s any indication of what’s going to happen in Game 5, then the Giants probably feel pretty good about their chances.

Webb got increasingly better as the regular season progressed.

The former fourth-round pick checked every box leading up to the postseason, giving the Giants no choice but to believe in him.

He Seems To Have The Dodgers’ Number This Season

Webb made three starts against L.A. in the regular season.

The Dodgers couldn’t seem to figure him out, as the righty pitched to a 2.25 ERA and .127 opponent batting average.

If you include Webb’s dominant start in Game 1 of this series, then he has a 1.52 ERA against Los Angeles in 2021.

We’re talking about a Dodgers team that had the fifth-best run-scoring offense in all of baseball in the regular season.

For Webb, it hasn’t been a problem.

We’ll have to wait and see if that trend continues in Game 5.

The Giants are looking for their first NLCS berth since 2014.

San Francisco won it all that year.

MLB fans vividly remember the Giants’ dynasty run in which the organization won three titles in a span of five years from 2010 to 2014, and San Francisco is looking to make history again in 2021.

If that’s going to happen, the Giants are going to have to get past the Dodgers first.