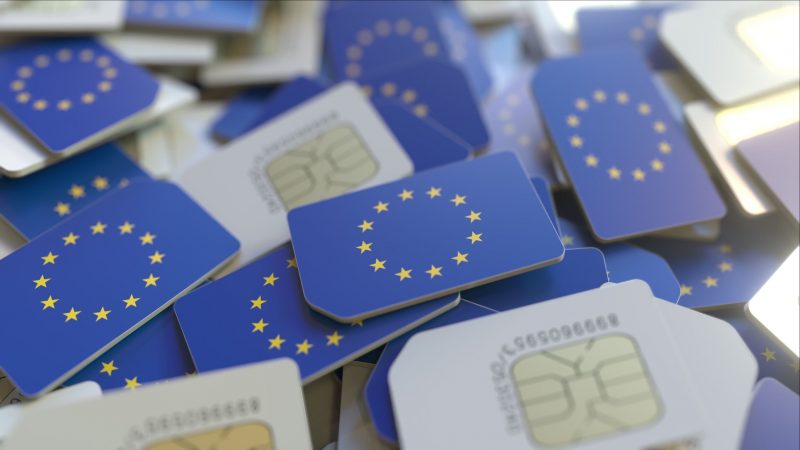 The European Parliament has backed the extension of roaming services in the EU until 2032 and its position envisages lower cap prizes than initially proposed, provisions on intra-EU calls, stronger quality of service, and transparency obligations for telecom providers.

The report adopted in the Parliament’s Committee on Industry, Research and Energy (ITRE) on Thursday (14 October) will be the basis for reaching a final agreement with the European Council, which adopted its own approach in June. The first trilogue negotiation is planned for 26 October.

“This is an opportunity for us to add some notable improvements, which will benefit citizens and businesses without causing disruption for mobile network operators,” said Angelika Winzig, the MEP responsible for the file.

The Roaming Regulation entered into force in 2017, allowing mobile users to make calls, send text messages and browse the internet in other EU countries with no additional charges. However, the current ‘roam-like-at-home’ regime is set to expire at the end of June 2022 and new regulation was required to extend the scheme.

One of the key additions of the parliamentary text is to eliminate extra charges for calls to another EU country, whose costs would be aligned to the price of national calls. Consumer representative Monique Goyens defined the proposal as “an enormous and welcome step forward.”

Furthermore, according to liberal MEP Izaskun Bilbao, the ITRE report “prohibits any company-induced reduction in the quality of service, so that roaming users can access their data service under the same conditions as at home”.

The reference is in particular to internet speed, which some operators admittedly downgraded when abroad, a practice that has led to judicial proceedings before the EU Court of Justice as it was seen as undermining the ‘roam-like-at-home’ principle.

Additional points concern the so-called fair use policies, obliging operators to notify their customers in situations that might generate huge bills. That is particularly the case close to an EU external border, on a boat or an aeroplane, where the mobile phone might automatically connect to a non-EU mobile network.

The cost of data

The real point of contention on the roaming file is the wholesale cap prices, namely the maximum prices that operators can charge each other when a mobile user goes to a different country and uses another network.

Operators in countries that receive significant intake flow such as tourist destinations in southern Europe have an interest in high caps, while northern European service providers want to keep the prices down as they have more people travelling out than in.

Most major European telecom companies originate from national monopolies, with close ties with national governments that in several cases still hold part of their shares. That is reflected in the position of the Council, which raised the maximum price per gigabyte of data from the €2 proposed from the Commission to €2.25.

Conversely, MEPs tend to be closer to the position of consumers, hence their cap for gigabytes was set at €1, with a drop to 80 cents in 2024 and ultimately to 60 cents in 2025-2032. The price caps are not directly reflected on consumers, but telecom providers might raise subscriptions costs as a result.

In the data retail market of most European countries, one GB is sold in the range of between €1.5 and €0.5 euro. In terms of real costs, according to an unpublished study from consulting firm WIK for the German telecom Drillisch Netz AG, seen by EURACTIV, it ranges from €0.35 to €0.05 per GB.

The argument operators put forth to justify higher caps is that lowering the fee would decrease the resources available for investing in broadband and 5G, exasperating an already existing investment gap. Low caps would eventually result in poor services, the argument goes.

Critics dismiss this argument, pointing to the fact that no service provider justifies investments based on the income coming from roaming. They also note that the point of 5G and other high-capacity networks is precisely about increasing data volumes and lowering unit costs for data.

Putting aside the north-south divide, the roaming revenues or expenses are in most cases a rounding error, in other words, they more or less even out. The real losers of higher fees would inevitably be the Mobile Virtual Network Operators (MVNOs), which do not own any infrastructure.

MVNOs are hosted by the network of other operators that are also their competitors. They therefore normally end up paying the full cap prize because they have no negotiating power. MVNOs account for around 10% of SIM cards in Europe and many of them might be pushed out of the market with high roaming fees.

“Over the past years, data traffic has risen much faster than wholesale roaming caps have diminished. This situation must be addressed as it led to important costs for MVNOs and prevented them from fully playing their role of challengers and innovators within the telco markets, to the detriment of end-users,” a spokesperson of MVNO Europe told EURACTIV.

Another key issue for high roaming fees relates to all 5G-enabled technologies, which are by definition data-intensive. Current provisions on Internet of Things (IoT) roaming only cover Machine to Machine communication, leaving out for instance a connected car that can consume up to 5,000 GB per hour.

While these technologies are still at a relatively early stage of development, unless a review is initiated in 2025, the cap prizes might remain the same until 2032 while the cost per data unit is expected to drop dramatically as 5G networks roll out.

“The amount of data used by our mobiles grow as applications and services transmit more and more data over 4G and eventually 5G. Pricing by units loses the meaning so we just cannot freeze unit price from now to eternity,” said Miapietra Kumpula-Natri, the MEP who led the first roaming regulation.