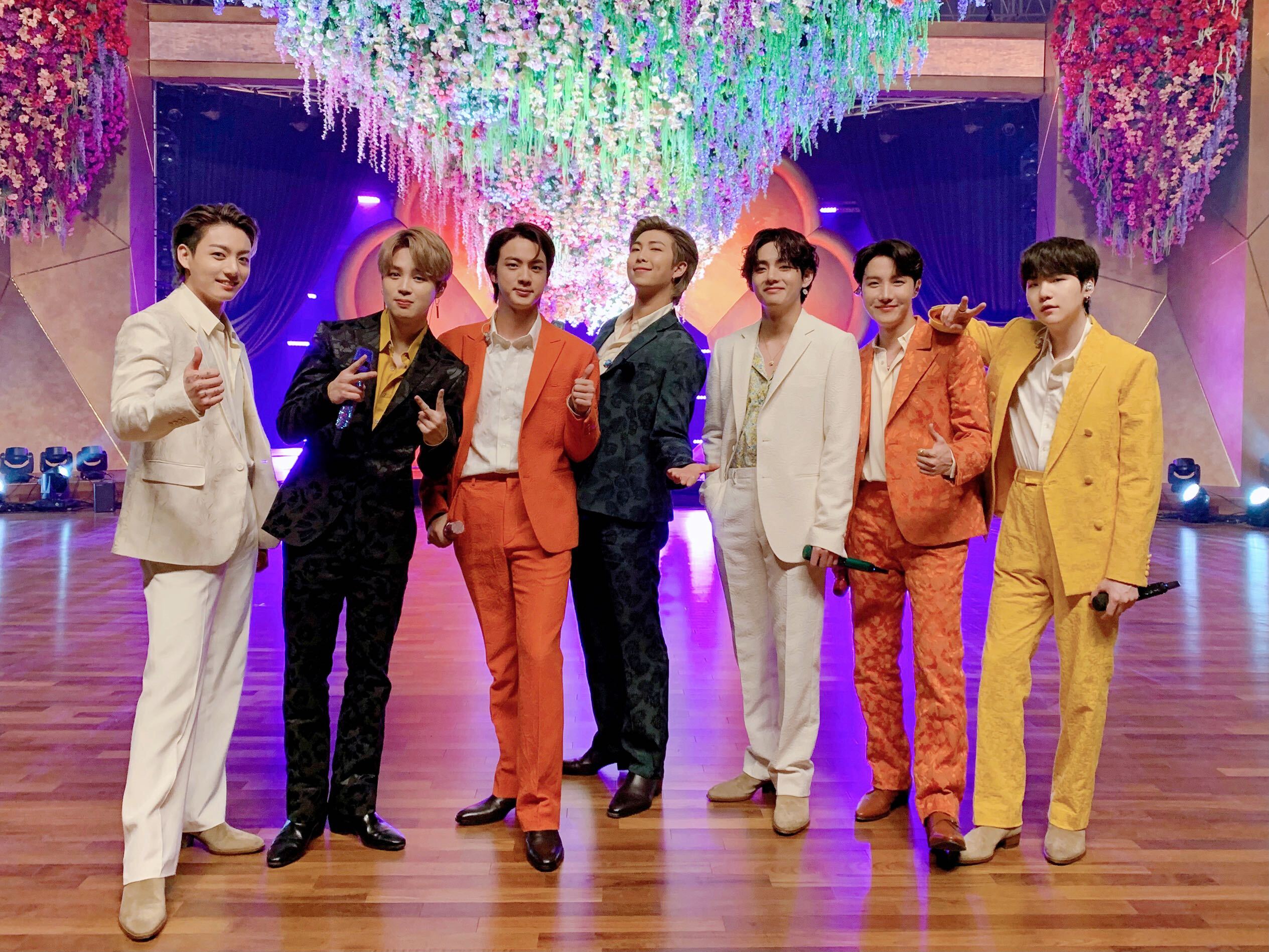 The 63rd Grammy Awards that took place in March this year was an affair to remember, with BTS performing their blockbuster song “Dynamite” and enthralling the audience. It was the K-pop group’s first solo performance at the Grammys.

After being announced the brand ambassador for Louis Vuitton in 2020, the boy band looked dapper in the ensembles by the French fashion house at this year’s Grammys.

The band has decided to use their Louis Vuitton outfits to contribute to a noble cause. BTS will auction their Grammy Awards 2021 outfits at the MusiCares Charity Relief Auction hosted by Julien’s Auctions.

Explaining about the charity, Julien’s Auction says: “MusiCares was established by the Recording Academy to safeguard the health and well-being of all music people. A four-star charity and safety net in times of need, MusiCares offers confidential preventive, recovery, and emergency programs to address financial, medical and personal health issues. Through the generosity of donors and volunteer professionals, their dedicated team works across the country to ensure the music community has the resources and support it needs.”

The auction will take place on 30 January next year. Singer-songwriter Joni Mitchell, who has been announced this year’s MusiCares Person of the year, will be awarded at a ceremony held on 29 January, 2022.

The white, black, yellow and orange suits worn by BTS are estimated to fetch a whopping USD 30,000 to USD 50,000. Band member J-Hope will also donate three rings he wore for their Grammy performance — a cool twisted double band in gold, a sterling silver ring with three green gems, and a gold-hued, spiral silver ring. His accessories are estimated to get anything between USD 2,000 and USD 4,000.

Many other musicians have joined the bandwagon with BTS and decided to contribute to the MusiCares Charity Relief Auction. Dolly Parton will give her white and gold rhinestone-embellished dress for auction. Parton wore it in 2019 when she was awarded MusiCares Person of the Year. Katy Perry will donate an outfit she wore for her performance in 2010. The snowflake-inspired ensemble is a sight to behold.