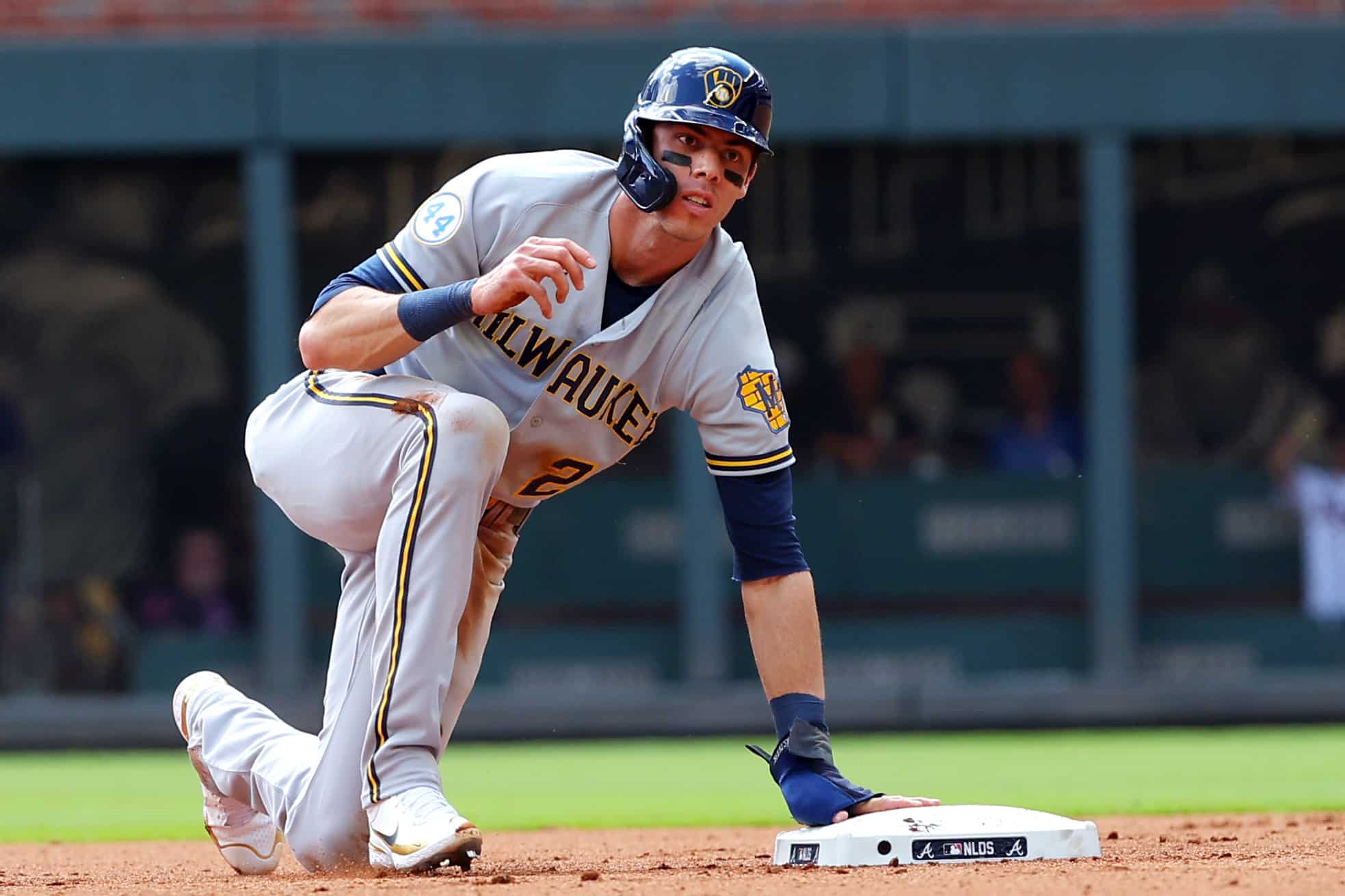 The Milwaukee Brewers fell 5-4 to the Atlanta Braves in Game 4 of the National League Division Series on Tuesday.

They were already down 2-1 in the series, which means they are now eliminated, and the Braves earned their ticket to the Championship Series.

Milwaukee, meanwhile, goes home after teasing with making a deep playoff run on the strength of their fantastic pitching.

Indeed, they conceded three runs per game in the NLDS against Atlanta, so while it wasn’t complete domination, the Brewers’ pitching was mostly good.

The Brewers’ problem, however, is that their bats couldn’t get much going against the Braves’ also-good pitching.

A Putrid Offense In The NLDS

In the three losses, Milwaukee scored a total of four runs, just over one per game.

In the four games as a whole, the Brewers crossed home a grand total of six times, and were shutout twice.

Brewers avg 1.5 runs per game in the NLDS

No team can win with such a putrid offense, not even one with three Cy Young candidates and the best closer in baseball.

Scoring runs is the game’s primary objective: yes, you have to prevent them too with good pitching and solid defense, but if you can’t produce runs, winning is impossible: it’s as simple as that.

Milwaukee’s offense was never elite to begin with, if we are fair.

In fact, shortstop Willy Adames was their only well-above average performer, with a .285/.366/.521 line and 20 home runs since arriving in Milwaukee from the Tampa Bay Rays.

After him, the Brewers had a handful of slightly-above average offensive performers in Kolten Wong, Rowdy Tellez, Avisail Garcia, Luis Urias, and Eduardo Escobar.

Shockingly, former MVP Christian Yelich fell in the “average or slightly below” tier.

Battling back issues from the start of the year and for most of the season, Yelich was never able to generate the kind of pop that made him one of the NL’s most feared sluggers in the last few years.

A Disappointing Year By Their Biggest Star

His final .248/.362/.373 line was extremely disappointing for a player of his talent, although, again, some of that could be attributed to his injury.

Still, if Yelich had been his usual productive self, perhaps the Brewers’ season would be extended by now.

Christian Yelich says “I’ve got to be better,” as he puts a wrap on the 2021 season following the Brewers’ Game 4 loss in the NLDS: pic.twitter.com/B8unK44uwi

It’s impossible to know for sure, however, and the Brewers are left wondering what could have been as they go home and watch the rest of the postseason on TV.

He could only hit nine home runs in 117 games and 475 plate appearances, and his .125 isolated power or ISO looks more like a backup middle infielder than a middle-of-the-order thumper.

Yelich, however, wasn’t the only problem.

During the regular season, Milwaukee scored 4.6 runs per game, but the number fell to 1.5 per game in four NLDS contests.

It’s true, the offense was never Milwaukee’s forte, as that 4.6 didn’t earn them an elite ranking (10th) and other metrics, like OPS (20th in MLB with .713), suggested that the team wasn’t among the most potent when it comes to run production.

However, such a stark dip in performance is worrying, and ended up costing the Brewers a chance at the title.

If they want to make a run next year, they badly need to improve their offense.