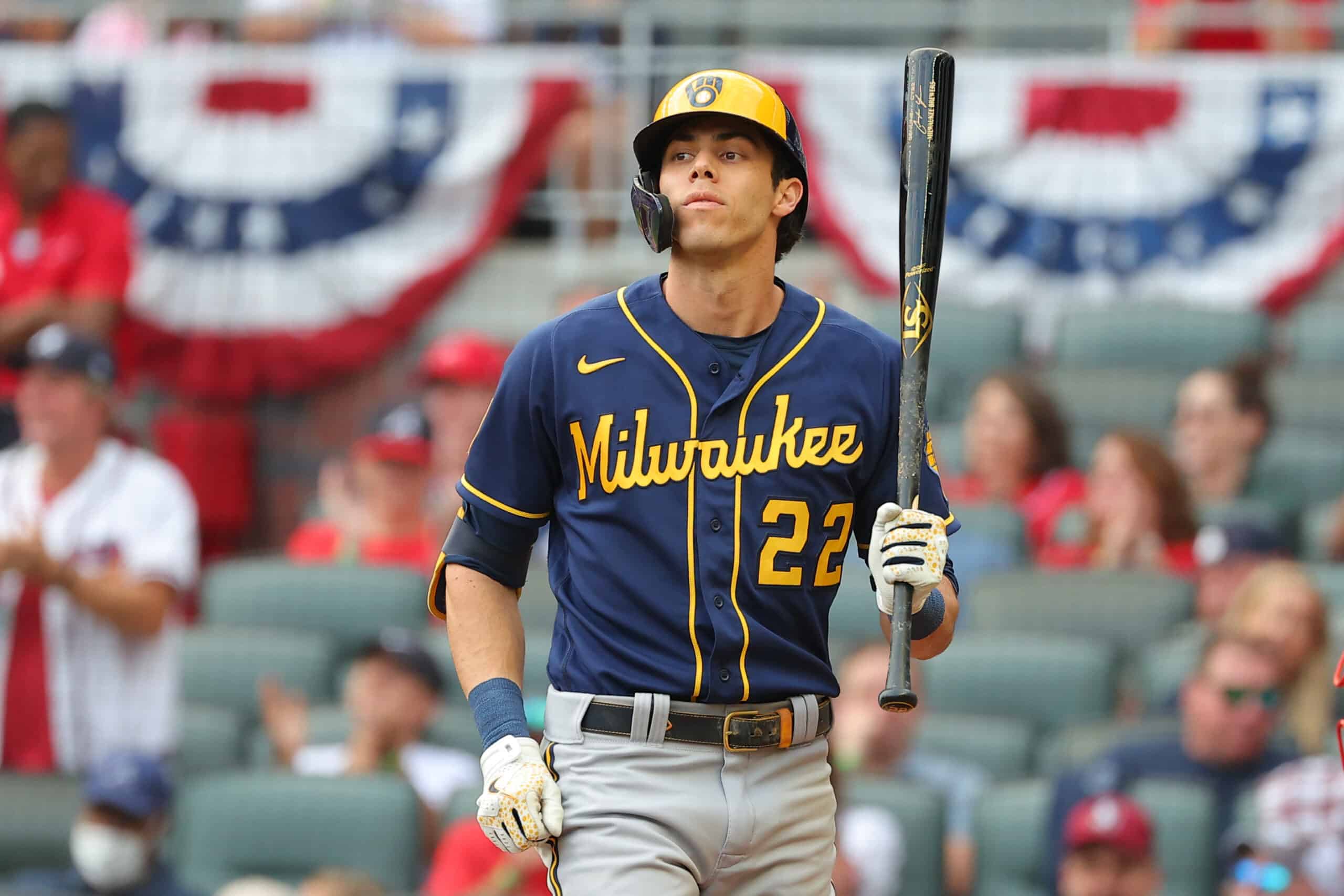 The Milwaukee Brewers’ 2021 season came to an end on Tuesday night at the hands of the Atlanta Braves.

Brewers superstar Christian Yelich made the final out of the game, capping off a frustrating year for him.

After the game, the 29-year-old explained that he’s “got to be better” moving forward.

Christian Yelich: “I’ve got to be better. I came up in a lot of big spots throughout the year and this postseason as well. I came up short. That’s how it rolls, it’s part of the game. You have to take it all in and pick yourself up afterwards and keep moving.” pic.twitter.com/rRCBvfzWEu

The Brewers signed Yelich to a massive extension in 2020 — a nine-year deal worth $215 million.

A contract of that magnitude carries a lot of expectations, and truthfully, Yelich didn’t live up to those expectations in 2021.

A Year To Forget For Yelich

The Brewers had a fun regular season, winning 95 games and claiming the NL Central crown.

Unfortunately, it probably wasn’t as fun for Yelich as it was for most of his teammates.

The two-time All-Star stumbled for most of the year.

For a guy who left the yard a combined 80 times between the 2018 and 2019 seasons, his power outage was very alarming during the 2021 campaign.

Yelich finished the year with an underwhelming 1.3 WAR.

That’s a really tough number to defend, especially when you consider the fact that he posted a WAR of 7.0 or better in both the 2018 and 2019 campaigns.

Any way you look at it, this is a terribly disappointing way to end the season. Yelich needs to figure out what the hell has happened to his swing. I don’t need 40 home runs and a 1.000 OPS. I’d settle for 30 HR, 100 RBI, and a .280 average. His decline is baffling.

He simply wasn’t a very valuable player in 2021.

In The Playoffs, His Struggles Continued

The 2021 playoffs served a fresh slate for Yelich; a chance for him to undo his poor regular season.

But unfortunately, his struggles continued in the postseason.

He also struck out a whopping eight times in 17 plate appearances.

If Milwaukee finds itself back in the playoffs in 2022, Yelich is going to have a lot to prove.

His postseason resume is very iffy.

That sort of production isn’t going to cut it for a superstar player of his caliber.

We All Know What Yelich Is Capable Of

We keep referencing Yelich’s 2018 and 2019 seasons, and that’s because he was one of the best players in baseball around that time.

In the 2019 campaign, he was arguably even better.

He finished with a 7.0 WAR and landed second in the NL MVP race.

That’s the sort of player Yelich can be when he’s at his best, and that’s the player the Brewers thought they were getting when they signed this guy to a $215 million deal.

Btw no Brewers fans hate Christian Yelich or want to see him fail. We all want nothing more than this player to be back pic.twitter.com/GixkzvnPs3

The former first-round pick is just 29 years old, so he’s not washed by any means.

But he certainly needs to get back on track.

The 2022 season will be a very telling year for him.

If the Brewers want to win the NL Central again, he’s probably going to have to step up.