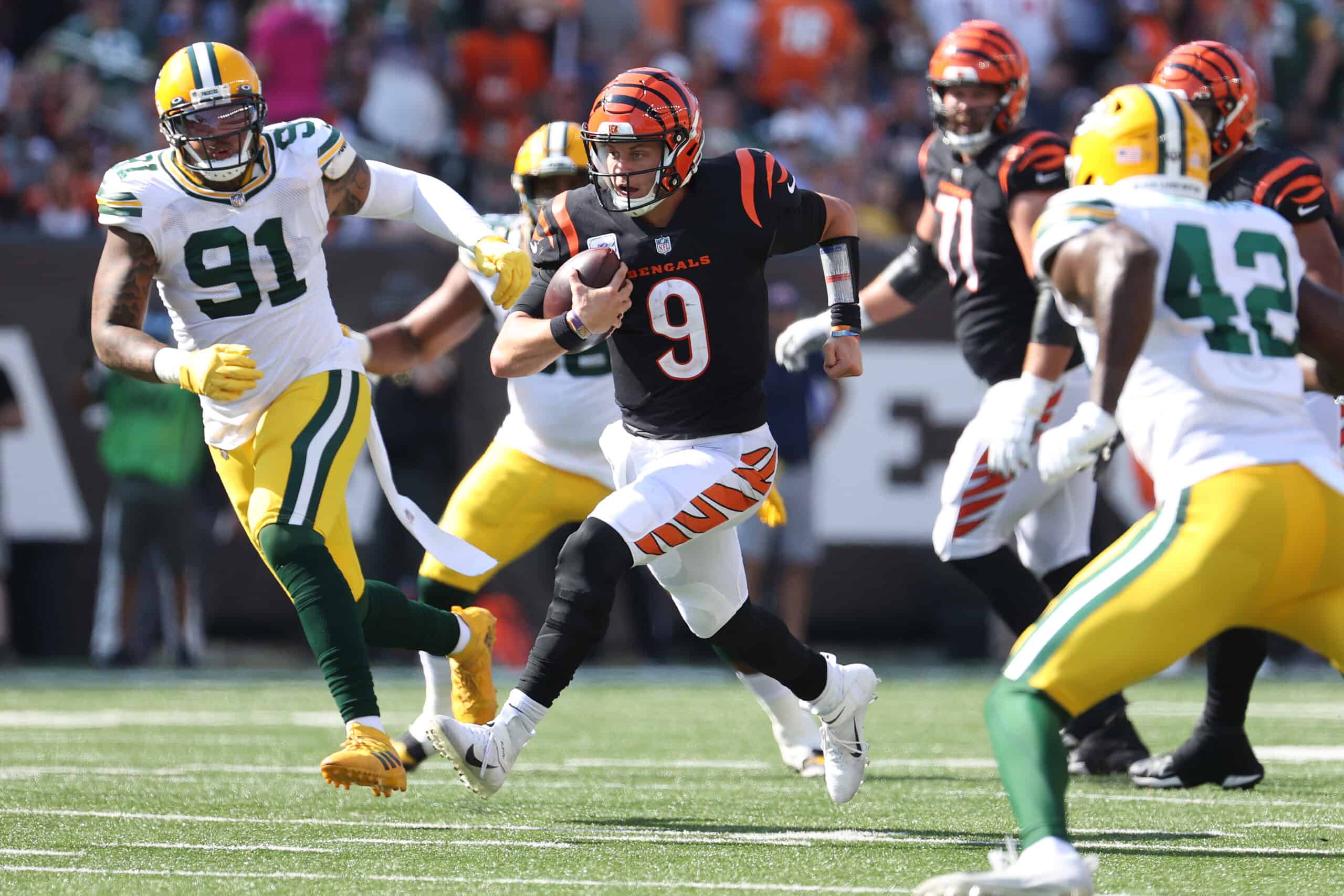 All anyone could think about was last year when he suffered a massive knee injury and had his rookie season cut short.

Yet this hit was different.

It was not because of bad blocking, but because he took off and decided not to slide.

That resulted in a scary hit.

The hit on Joe Burrow😳pic.twitter.com/EIwqZPsX8k

Somehow, and hopefully not because of being rushed, Burrow came back into the game and nearly led the Bengals to victory in overtime.

But the hit was extreme and news dropped after the game that he had to go to the hospital regarding a potential throat injury.

Once again, somehow, he escaped anything serious.

Burrow is either a Man of Steel or simply lucky in this scenario.

This should be the last hit Burrow ever takes like this unless he is running for the goal line in the Super Bowl.

It is Week 5 of the NFL season and he is treating it like the postseason.

All his teammates and coaches have to drill the idea into his head of how important he is to the franchise.

And not just this year, but for years into the future.

Burrow is obviously a hard-nosed guy who will do whatever it takes to win.

That attitude just does no good if he is not even on the field because of an injury.

This week in practice should be all about sliding and learning to love not taking huge hits from opposing defenders.

Burrow had his rookie season cut short in 2020.

This hit could have easily ended his 2021 season, or at least knocked him out for a serious amount of time.

Such an injury scare could be a wake-up call for the young quarterback.

If he wants to one day get a record extension, which he is certainly on track for, he has to be available all 17 games every season.

Or he has to at least make an effort to do what he can to stay healthy.

Freak injuries are going to happen in the NFL.

However, a quarterback cannot go wild and try taking on defenders like they are a linebacker.

We already saw Baker Mayfield seriously injure his shoulder this season trying to make a tackle following an interception.

The idea is brave, but no one in Cincy wants to see Burrow do anything other than throw touchdowns and occasionally make an exciting run, only to slide or go out of bounds.