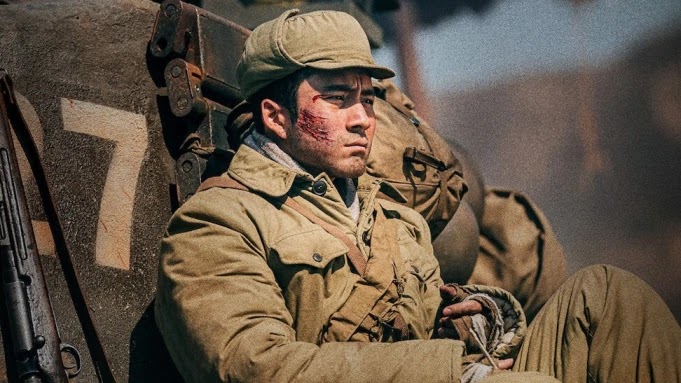 (THR) War epic The Battle of Lake Changjin continued its march into China’s box-office record books over the weekend, adding a healthy $108.5 million as the country’s National Day Holiday period wound down.

After a week and a half on Chinese screens, the Bona Film Group tentpole has earned a whopping $633.2 million, according to Artisan Gateway. Ticketing app Maoyan projects the film to top out at $830 million (RMB 5.34 billion), which would put it just ahead of the Lunar New Year comedy Hi, Mom ($821 million) as both China and the world’s top-grossing blockbuster of 2021.

The Battle at Lake Changjin is co-directed by A-list Chinese filmmakers Chen Kaige, Hark Tsui and Dante Lam, and it’s believed to be China’s most expensive film ever made, with a production budget of over $200 million. Local action hero Wu Jing (Wolf Warrior 2) and 20-year-old rising talent Jackson Yee (Better Days) co-star.

The Battle of Lake Changjin glorifies Chinese sacrifices and heroism against U.S. forces during the Korean War (or “the War to Resist U.S. Aggression and Aid Korea,” as it is known in China). The film is very much in tune with the overtly nationalistic tone that has characterized much of China’s recent blockbuster output.

The patriotic comedy-drama My Country, My Parents came in second for the frame with $19.6 million. The third installment in an ongoing, series of state-backed patriotic ensemble films, My Country, My Parents has been something of a box-office disappointment, bringing in $182.3 million to date, with its total projected to reach just over $225 million — compared to $425 million for franchise starter My People, My Country (2019) and $433 million for last year’s sequel, My People, My Homeland (2020).

The Hollywood studios have seen their access to China’s massive theatrical market diminish dramatically in 2021. Legendary and Warner Bros.’ Dune will be the first U.S. studio title on Chinese screens in months when it unfurls on Oct. 22, followed by James Bond installment No Time to Die on Oct. 29.