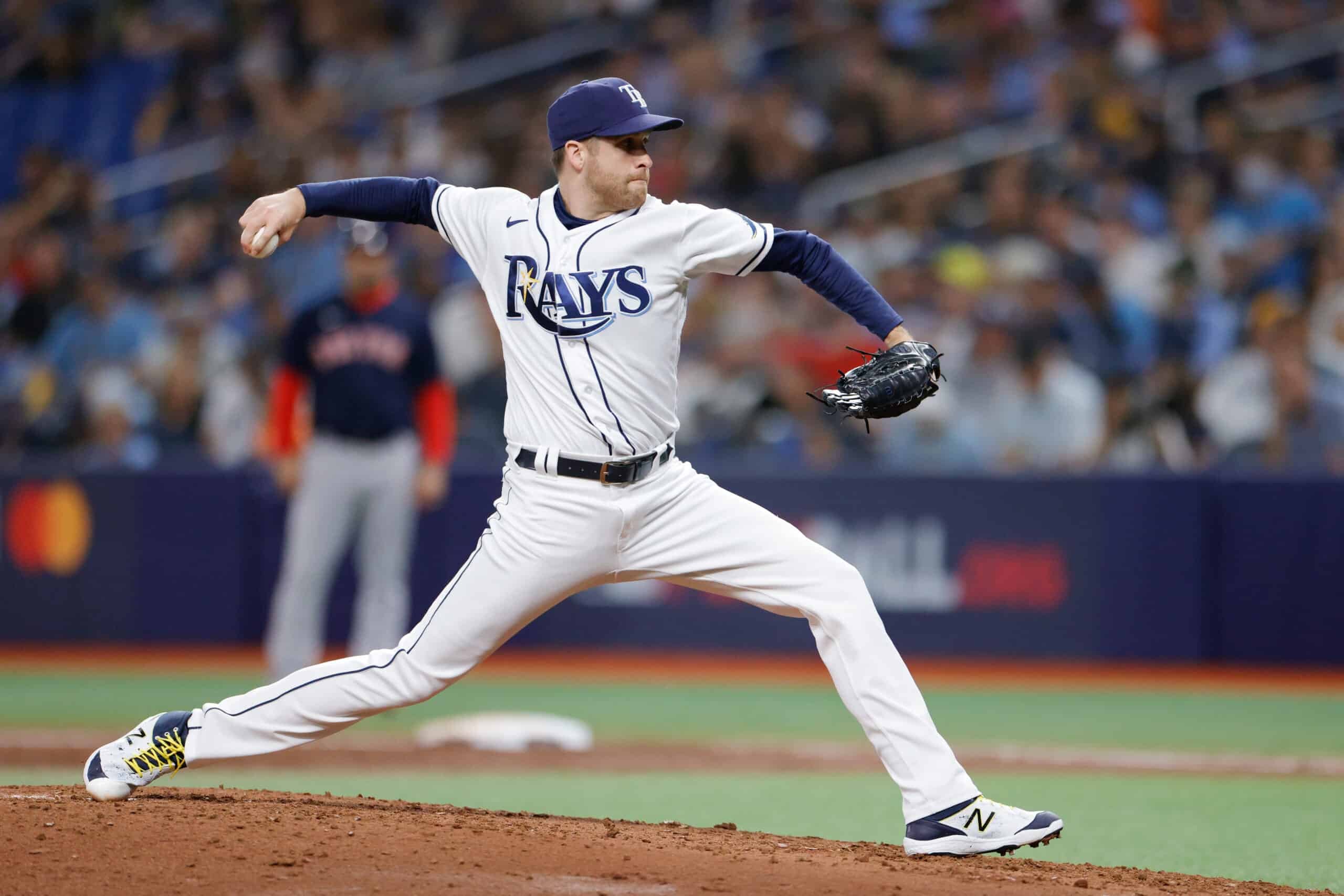 The Tampa Bay Rays will face elimination on Monday night.

The Boston Red Sox took a 2-1 series lead over the Rays in Game 3 of the ALDS, and as a result, Tampa Bay will have to fight for its life in Game 4.

If the team wants to extend its season, a few key players are going to have to rise to the occasion.

Collin McHugh will be Tampa Bay’s “opener” in Game 4.

The Rays announce that Collin McHugh will be their opener tonight.

The concept of an opener typically means that the starter will turn things over to the bullpen after just one or two innings.

However, after the Rays exhausted many of their bullpen arms during Sunday night’s marathon game, the team might have to ask McHugh for more innings than an opener would typically pitch.

He only threw 37 pitches in that outing.

The Rays are hoping the results will be better this time around, as the righty allowed three runs over 1.2 innings in Game 2.

The team is going to need a solid outing out of the 34-year-old in Game 4.

Mike Zunino was one of the best offensive catchers in baseball in the regular season, but in the 2021 playoffs, it has been a different story.

He’ll have a chance to flip a switch in Game 4.

Zunino, who was named an All-Star this season, finished the regular season with an OPS of .860 and OPS+ of 138.

Before the playoffs started, he batted .400 with a 1.124 OPS over his final eight regular-season games.

His momentum seems to be gone, but the big question revolves around whether or not he can get it back.

Brandon Lowe has had a brutal ALDS so far, but he’s still in the lineup for Game 4.

Lowe has always had a hard time producing in the playoffs.

It seems like the 27-year-old struggles on big stages.

He’ll certainly hope to change that narrative in Game 4.

The Rays clearly have confidence in him by leaving him in the lineup.

Rays fans are justifiably frustrated with the way the ALDS has gone so far.

The club lost home-field advantage in Game 2 of the series, and the Red Sox are on the verge of making Tampa Bay pay.

However, this series is far from over.

The Rays were a 100-win team in the regular season for a reason, and in order to keep their title hopes alive, all they have to do is win two straight games.

That’s something Tampa Bay has done countless times this year.

Plus, with a win in Game 4, the Rays would be able to head home to Tropicana Field for a potential do-or-die Game 5.

We’ll have to wait and see if the team can get there.