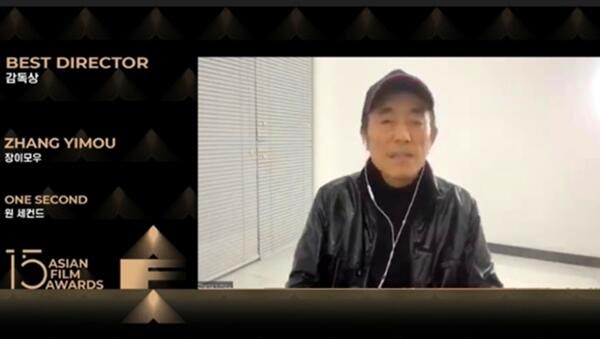 Zhang called “One Second” his love letter to cinema during his award acceptance speech via video link. “This film has special meaning to me. We all know that the cine film will soon die out, and when we look back on the days when we watched cine films, which form most of my memories from my youth.”

“The film is our forever dream,” he added.