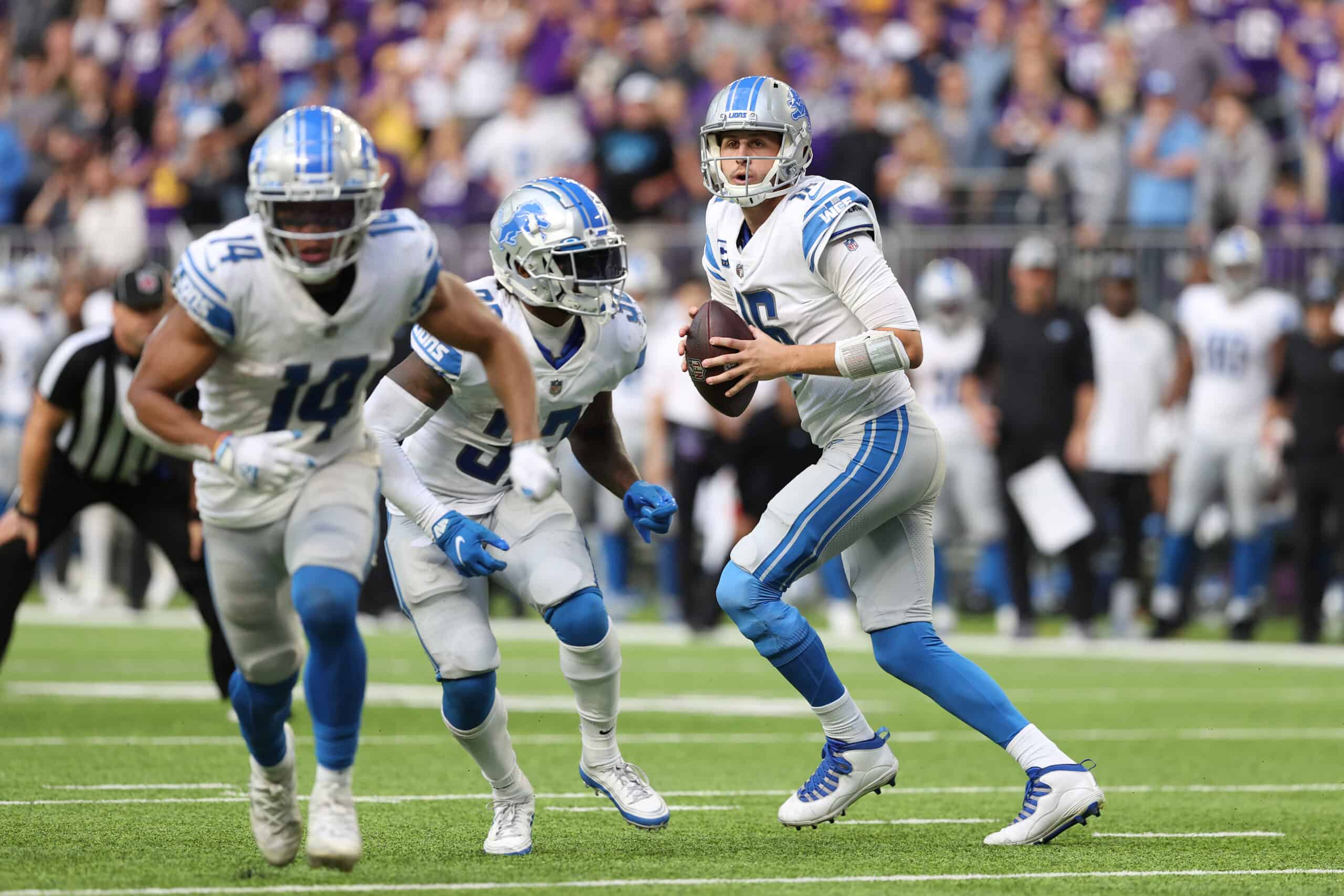 The Detroit Lions have a passionate leader in Dan Campbell.

Yet so far, that passion has the team sitting with an 0-5 record.

That may be enough to break someone like the first-year head coach.

Week 5 was the same story as seen all year for the Lions.

The defense did enough to win, but the offense failed to do much of anything.

The team has not scored more than 17 points in a game since then.

Campbell’s passion is clearly not helping the offense actually produce on the field.

The Lions are the first team in NFL history to lose on a GW FG of 50+ yards with no time left on the clock twice in a single season. pic.twitter.com/jHADPIaqiK

There is a reason the Los Angeles Rams wanted to swap Jared Goff for Matthew Stafford.

While the latter is playing like an MVP out west, Goff went 21/35 for 203 yards and no touchdowns Sunday against the Minnesota Vikings.

He also threw an interception.

The Lions do not have an elite receiving corps.

But only scoring 17 points seemingly every week is not going to cut it.

And some fans may want to blame the defense for Sunday’s loss.

The Lions, after the defense forced a Vikings fumble, scored and went up 17-16 with 37 seconds left thanks to a successful two-point conversion.

However, Kirk Cousins and the Vikings offense got the ball to the 36-yard line of Detroit and Greg Joseph nailed the game-winning kick.

Yes, the defense caved in at the end.

But they still only allowed 19 points on the day and the Lions were only in the game at the end because of a huge takeaway.

The Lions playing with such razor thin margins has led to real heartbreak in 2021.

First up was the last-second 19-17 loss in Week 3 against the Baltimore Ravens.

Week 5 adds to the list of moments that basically sum of the state of this franchise for the past few decades.

“When you see your players give all that they have and you lose that way, it’s tough.”

Dan Campbell was emotional after the Lions’ last-second loss to the Vikings. pic.twitter.com/SRMK9Job0K

The key for Campbell is to realize this is going to be a long journey with the Lions.

They were not a playoff contender heading into the year, even if he wanted to believe otherwise.

He is in a similar position to Urban Meyer, without the obvious drama surrounding the coach in Florida.

Both coaches have 0-5 teams that are still ways away from contending.

It is fine to take a loss hard.

That shows the players that you care as a coach.

But Campbell needs to quickly turn around and make sure the tears turn into motivation and that he keeps his team on track.

Next week they are at home against Cincinnati before heading out west to take on the Rams.

That looks like two blowout losses for the Lions.

Yet if Campbell can keep the locker room together and the defense can keep playing at an elite level, they may pull off an upset and finally have a late-game situation go their way.