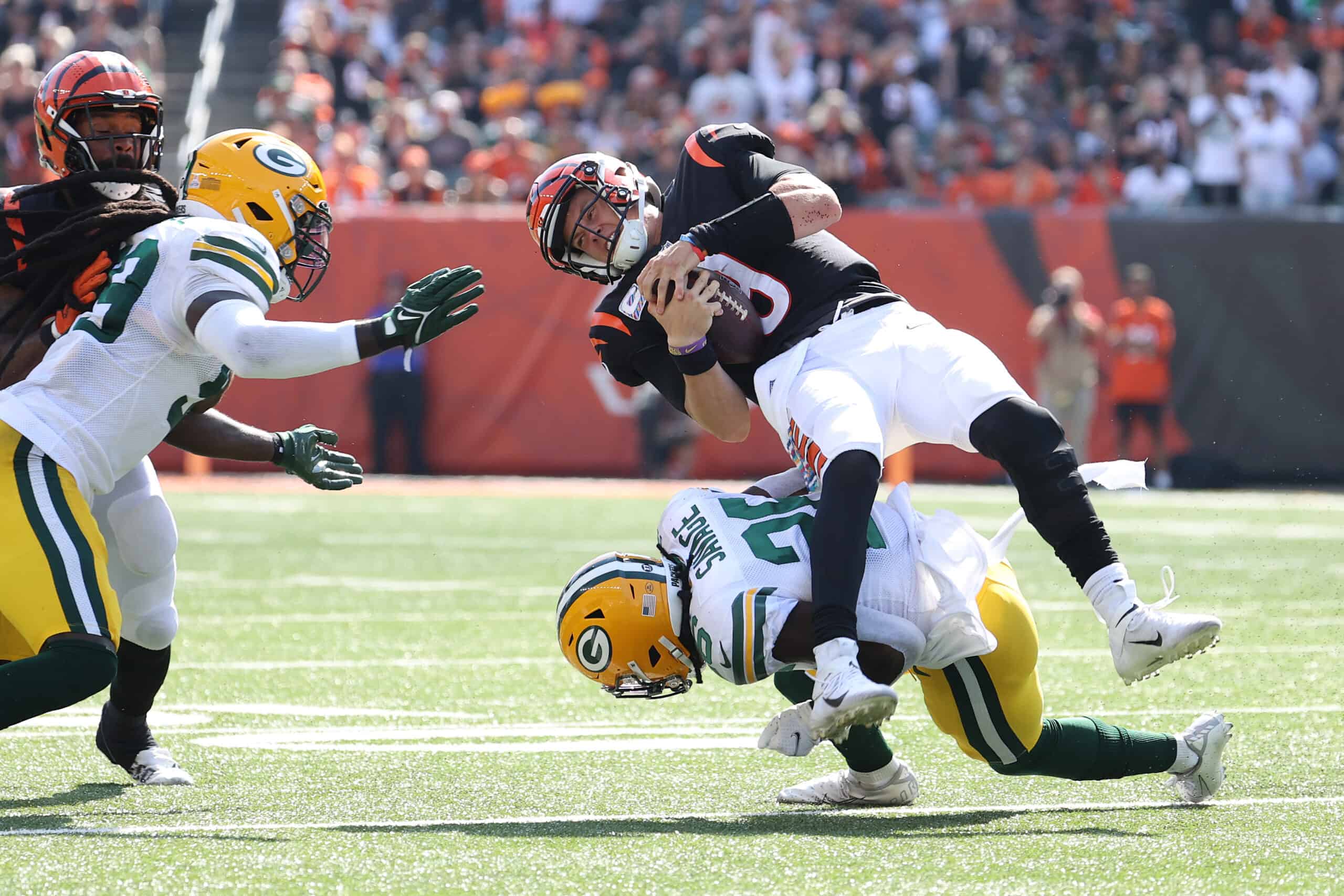 The Cincinnati Bengals need Joe Burrow at quarterback to have any success in 2021.

Some things are out of his control in terms of hits he takes if it is the fault of the offensive line.

But one hit he took Sunday against the Green Bay Packers was his own fault.

Darnell Savage puts Joe Burrow in the medical tent. This is why you slide pic.twitter.com/ydYTRtZ9Mj

Burrow took off running in the second quarter and got absolutely destroyed.

The hit could have resulted in a serious injury and it was revealed that he suffered a throat injury.

Bengals QB Joe Burrow is being taken a local hospital for a throat contusion, per a team spokesperson.

Burrow did finish the game, however, hits like this just cannot be taken.

Burrow is a hard-nosed player and that is why Bengals fans have fallen for him so fast.

But he should not even be running in the first place given his surgically-repaired knee.

The Bengals have a great running back in Joe Mixon and if Burrow does decide to take off, he must remember to slide before anyone is even close to him.

That is something head coach Zac Taylor must drill into the head of his young signal-caller.

If no one is open, just throw it away.

Because if he takes off, anything can happen.

The fact Burrow took that shot and was able to return was a miracle of its own.

He finished the game with 281 yards, two touchdowns, and two interceptions.

Unfortunately, his Bengals fell in overtime by a final of 25-22.

Yet the Bengals are still 3-2 and fans are witnessing a dynamic connection between Burrow and rookie Ja’Marr Chase.

Some fans may not have wanted the team to draft a receiver in the first round given the offensive line woes, however, Chase is worth every penny.

No one else is going to have that connection with Chase other than Burrow.

A loss to the Packers is not some shocking result.

But who knows what could have been different if Burrow never put himself in the way of harm and didn’t play half the game with a throat injury.

Even with the loss the Bengals are in great shape.

A 3-2 record has them tied with the Cleveland Browns as both teams wait to see how the Baltimore Ravens do Monday night.

A game against the Detroit Lions next week should also mean the Bengals get back to their winning ways.

This week has to be about getting healthy and reminding the tough Burrow that sometimes, it is better to slide and live for another down, especially so early in the season.