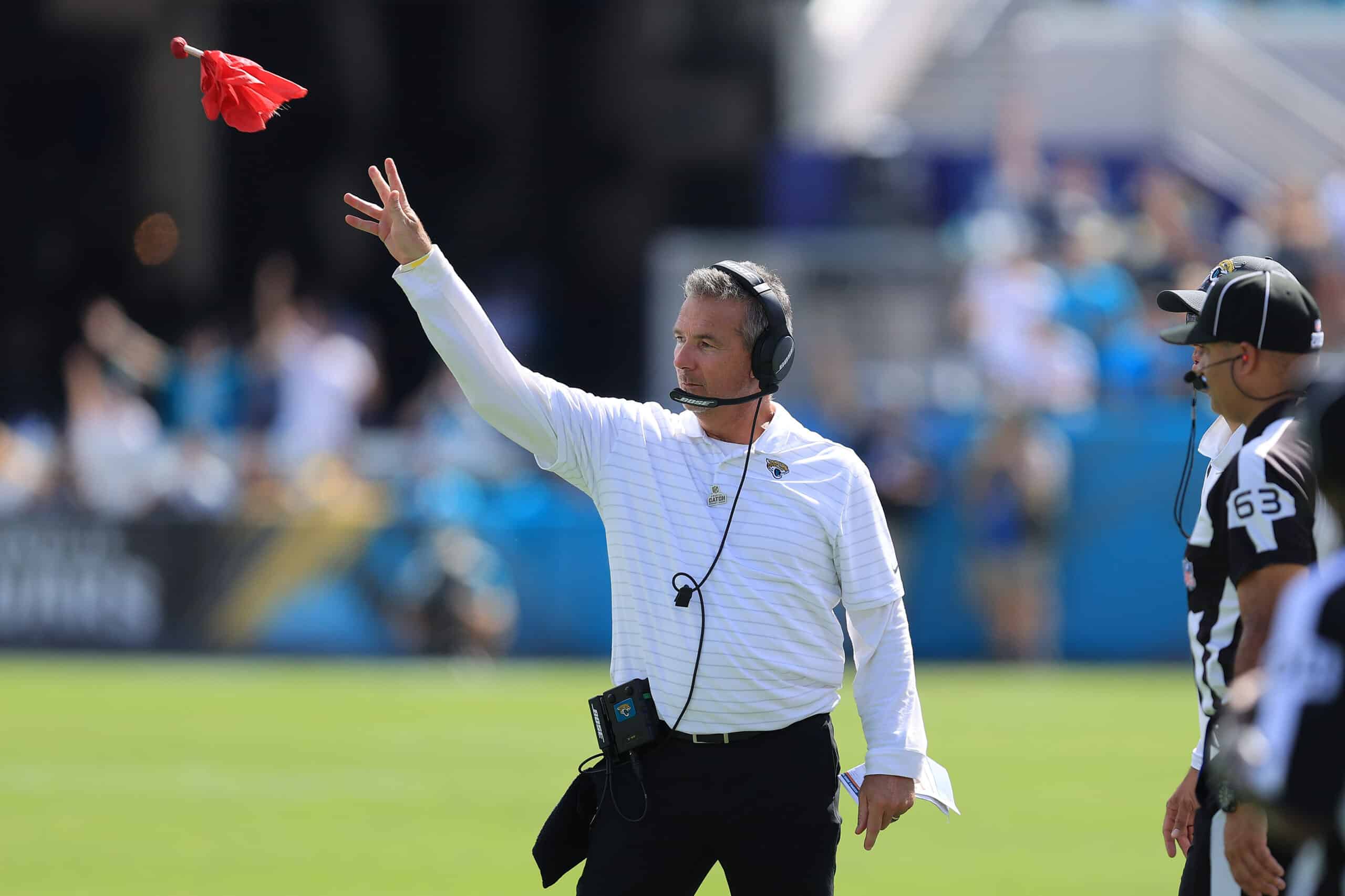 The Jacksonville Jaguars should not be drawing so much national attention in 2021.

But throw Urban Meyer into the equation, and anything is possible.

The final result from Sunday went about as expected for the Jaguars.

The Tennessee Titans marched into town, Derrick Henry ran for three touchdowns, and a blowout was had at 37-19.

Trevor Lawrence did throw a touchdown, but the Jacksonville defense had no answer for the Titans offense all day.

That puts Jacksonville at 0-5 on the year and because of last year’s woes, they have joined a club no one wants to be a part of in the NFL.

If you recall, the Jaguars lost their final 15 games of the 2020 season.

Add in this 0-5 start and the team has not won a game in well over a year.

The Elephant In The Room

Meyer has somehow managed to put himself front and center for the franchise, and not for any good reasons.

The first 15 losses are obviously not on the new head coach.

But an 0-5 start in the midst of a scandal surrounding Meyer only adds to the pressure in Florida.

Darrell Bevell and Urban Meyer, what is going on from the 4th and inch line… what in the world is going on? 6 foot 6 qb and no sneak. No James Robinson in the game who is averaging 8.4 yards per carry today.

It is fine if the Jaguars lose and the team is showing progression from week to week.

Lawrence is the focus of that, and only tossing one interception was a good sign, as was his touchdown and 273 yards.

If he can look better every week, Meyer should be safe.

However, the head coach is already on the bad side of ownership and that is never a good sign.

The Jaguars have one more game before heading off into their bye week.

Will Meyer abandon the team then?

Jokes aside, their best chance to win in the foreseeable future is next week against the Miami Dolphins.

The game is being played in London and the Dolphins may get Tua Tagovailoa back.

Yet the Dolphins are still 1-4 on the year and just got destroyed by the Tampa Bay Buccaneers.

Heading to a neutral field, in a country where the Jaguars have played often, could bode well for the team desperately seeking to end this losing streak.

If they do lose, things are tough after the bye with games against Seattle, Buffalo, and Indianapolis.

The tricky thing with predicting a Jaguars win is that they will be massive underdogs against any NFL team.

So any win they do get is going to be a surprise.

Whether Meyer sticks around long enough to get his first win remains to be seen.