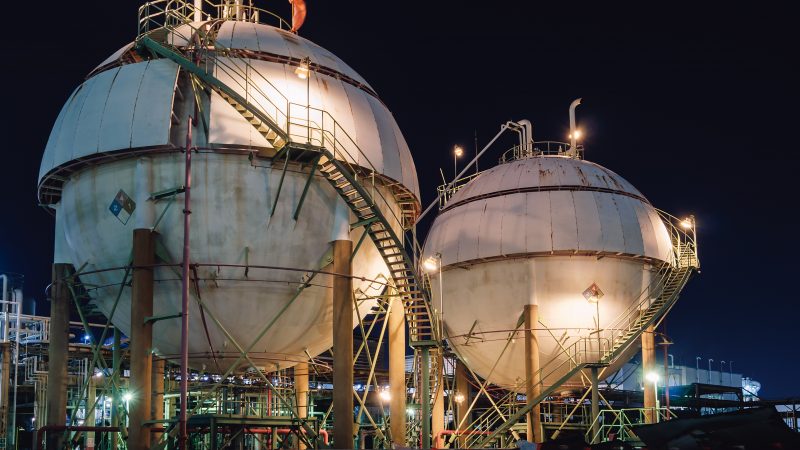 Rather than going all the way to joint gas purchasing and strategic stocks, a European solidarity mechanism could be implemented quickly and relatively cheaply to address Europe’s current – and likely future – energy supply problems, argue Christian Egenhofer and Irina Kustova.

The EU and its Member States are struggling with the growing political fallout of what some are calling the ‘energy price crisis’. Various governments are reacting with transfers, tax reductions or tax holidays to help embattled consumers and businesses.

When looking at longer-term solutions, some proposed ideas have included the joint purchasing of gas (similar to the procurement of the COVID-19 vaccines) and some form of EU-wide strategic gas reserve, suggested by Spain and Italy.

Rather than immediately rushing headlong into such endeavours, a looser ‘European solidarity mechanism’ could be a good initial starting point to help address the EU’s current (and likely future) energy supply problems.

Record high energy prices: A risk to the Green Deal

The root cause for the current high energy prices is a combination of international and European developments. The global post-pandemic recovery combined with a wind-poor European summer, a long and cold spring, and additional factors such as droughts in Brazil and Turkey have driven gas demand and considerably slowing storage injection.

These effects have been reinforced by production problems in Norway, the UK and Russia, with Gazprom probably not willing to deliver more gas to Europe beyond its contractual obligations. There has also been strong gas demand in the Asian markets, particularly from China.

Record gas prices have also been the principal cause of higher electricity prices. The EU’s Emissions Trading System (ETS) has to some extent, been a factor in this. With gas being costly, coal has seen a comeback, pushing up the ETS (and power prices along with it).

But without the ETS, the increase of coal-fired generation would have been even larger. This development does go heavily against the ambitions of the EU’s Green Deal which ultimately aims to completely eradicate coal-fired power generation.

Price volatility is here to stay

As joint purchasing and strategic gas stocks raise many political, legal or practical questions, they will unfortunately not be able to help resolve our current crisis.

But some kind of government-led EU ‘back-up insurance approach’ might be warranted. In the medium to the long term, more renewables and better energy efficiency will make the EU structurally less dependent on global commodity prices, such as gas. In parallel, an ever-higher share of renewable energy will make the demand for fossil fuels more volatile and more seasonal.

Many solutions, such as demand response, storage and peaking plants, exist within the EU to deal with such volatility. But all are built on the peak pricing business model, often gas. Therefore, the EU needs to create tools to address more volatility, i.e. more periods of very high and very low prices. European and national regulatory frameworks need to alleviate (and not amplify) price volatility.

Joint purchasing as a real solution?

In 2014, CEPS concluded that joint gas purchasing for central and southeastern Europe could make sense. Is this also true for the EU as a whole? Perhaps. But we’re not yet convinced.

The current business model for seasonal gas storage is to ship gas through existing pipelines at close to full capacity all year round. The gas shipped in summer when there is no demand for heating is logically stored so that it can be used in winter. At the beginning of the heating season, storage facilities have typically been filled to 85 % capacity on average over the last decade.

While this number went up to 94 % last year, right now it is only at 72 %. Such a shortfall could theoretically be covered by joint purchasing and stocks or by some sort of coordinated government response, including storage obligations. Sufficient import infrastructure exists to ramp up gas supplies in times when storage rates are too low to bring us safely through the winter.

The devil is, as always, in the detail. To date, there is no harmonised regulation towards gas storage in the EU. Some Member States have strategic storage (Hungary, Italy) whilst others have storage obligations (Spain, Poland). France has a rebate mechanism to ensure storage fill levels, and others just leave it to the market (Austria, Germany, the Netherlands).

Supplies procured via joint purchases will also need to remain destination free, thus ensuring that the gas can be used equally across all Member States.

Then, there are the costs. Somebody will have to pay for this. Right now, it’s the average EU consumer who feels they’re bearing the brunt of the higher energy prices and so will not want to fork out even more, even if it may be in their longer-term interests. This puts governments in a political bind.

Finally, gas storage is largely dependent on geology, the availability of depleted fields/aquifers or salt structures. Only a few Member States may be able to offer storage sites at a sufficient scale, again raising the tricky question of how costs are divided between them.

Rather than going all the way to joint purchasing and strategic stocks, a European solidarity mechanism could be done quickly and relatively cheaply. It will only require the harmonisation of gas storage requirements and the introduction of a minimum requirement of stockholding for situations like the one we currently find ourselves in. The EU could set itself an EU-wide obligation to fill up 85 -90 % of storage capacity.

The EU won’t be able to deal effectively with energy crises until more far-reaching plans mature. This will take some time. The ‘solidarity mechanism’ that we suggest realistically wouldn’t be in place to deal with the current crisis, but it might suffice to get us through the next one – which, we should all be aware of, will most likely come sooner rather than later.