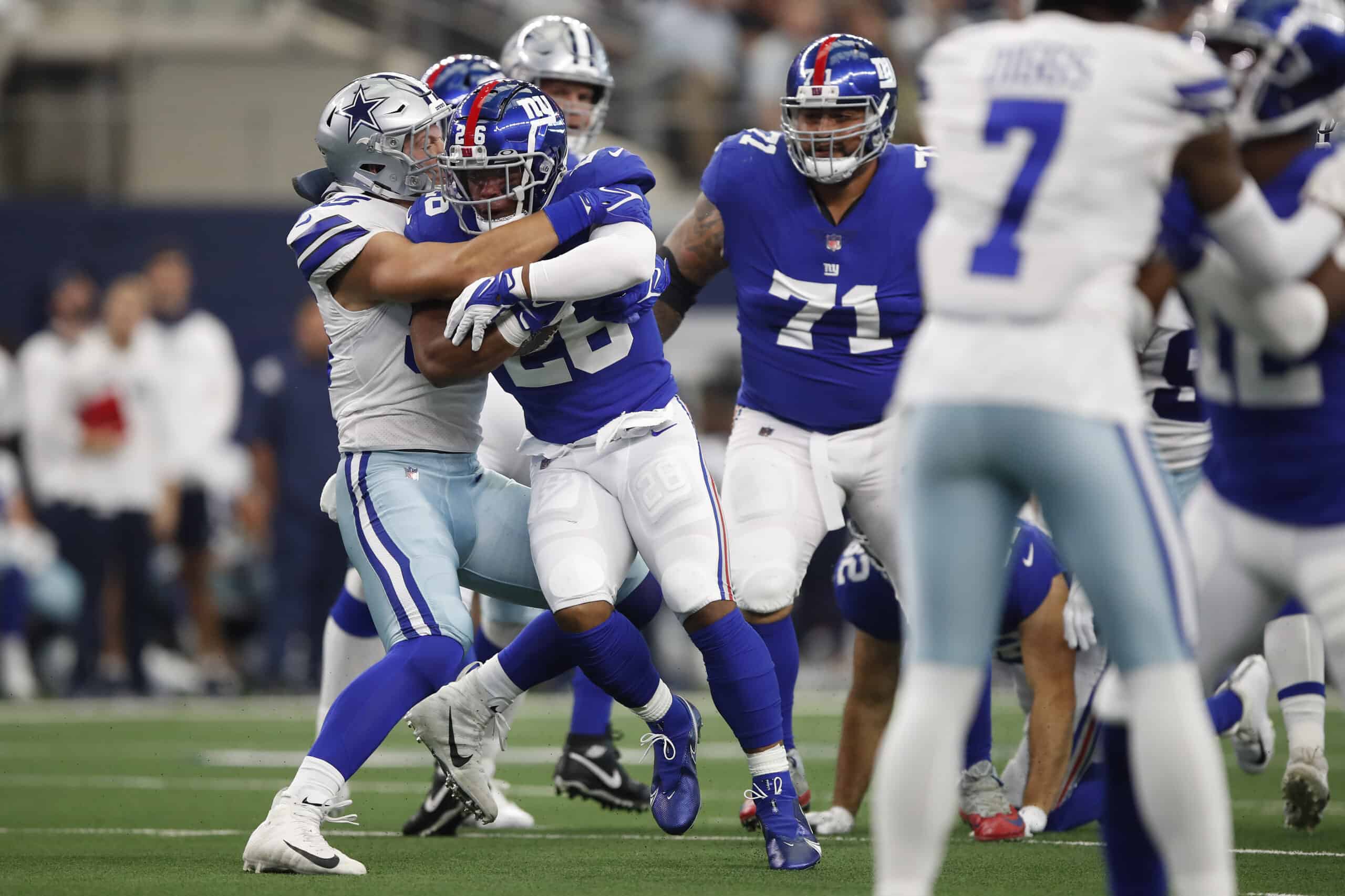 Are the football gods punishing the New York Giants lately?

The franchise won Super Bowls in 2007 and 2011, both against the New England Patriots.

But since their last title, the Giants have two winning records and one playoff appearance in a decade.

Their postseason appearance did not last long as the Green Bay Packers dominated them in the Wild Card Game, 38-13.

Continuity was also an issue because the Giants went through five head coaches from 2012 to the present.

Kadarius Toney swings on a dude and Joe Judge is pissed pic.twitter.com/yEppsV0N1w

However, they couldn’t get a break during the first three weeks of the 2021 NFL season.

They opened their campaign with a 27-13 loss to the Denver Broncos.

A week later, they were on their way to get the victory after Washington Football Team kicker Dustin Hopkins missed a 48-yard field goal attempt.

This time, Hopkins drilled his 43-yard try to score a 30-29 victory for Washington.

Dustin Hopkins drills the game winner after the Giants jump offsides on a FG pic.twitter.com/wgxzVk7T6A

Their tough luck continued when Younghoe Koo’s kick lifted the Atlanta Falcons over the Giants in Week 3.

But in Week 4, the Giants finally got some redemption after getting a road victory against the New Orleans Saints.

Meanwhile, Saquon Barkley was the man of the hour after tallying 126 total yards and two touchdowns.

Saquon Barkley walks off the Saints in overtime pic.twitter.com/00NK7vabJX

The win could have signified an upward trend for the Giants, motivating them to string victories together.

Unfortunately, the Dallas Cowboys brought them back to Earth in Week 5.

Worse, a slew of injuries depleted their roster, and there is no end in sight.

The Giants were already at a disadvantage coming into Week 4 because their top receivers are dealing with injuries.

Kenny Golladay had limited participation during practices because of a hip injury.

Likewise, Sterling Shepard and Darius Slayton did not play against the Saints due to hamstring injuries.

However, Golladay finished with six catches for 116 yards while John Ross had a receiving touchdown.

Kenny Golladay had 6 catches for 116 yards vs. the Saints on Sunday. Golladay also had the play of the game on 3rd and 7 to set up the game-tying field goal in regulation.

Here are all 6 catches by Golladay vs. New Orleans: pic.twitter.com/6ce4Ndp66X

But while Week 4 was kind to the Giants, the following week was downright brutal.

Jabrill Peppers missed all practices before the Cowboys game because of a hamstring injury.

Left tackle Andrew Thomas suited up against Dallas but did not play due to a foot injury that gave him a bad limp.

Golladay hyperextended his knee after colliding with Cowboys cornerback Trevon Diggs in the opening quarter and did not return.

Sadly, Barkley is under the injury bug once again after a lengthy recovery from an ACL tear in 2020.

He stepped on the foot of cornerback Jourdan Lewis, causing his ankle to bend awkwardly.

The injury looked terrible after Barkley took off his sock and shoe.

Saquon Barkley rolled his ankle on a Cowboys defensive player and was carted off into the locker room.

He has been ruled out for the rest of the game, per @AdamSchefter. pic.twitter.com/1yRHyFTm4w

The initial diagnosis says that he might miss two to three games.

Jones suffered a concussion after a helmet-to-helmet hit with Jabril Cox.

A trainer helped him to get up, and he is under concussion protocol.

Therefore, he will be out of practice this week, and Mike Glennon will take over.

The Giants did not stand a chance against the Cowboys, especially with a decimated roster.

Dak Prescott and company were too much in the 44-20 blowout.

However, the Giants’ worst days are not over because they look more like an infirmary than a football team.

If their depleted lineup can’t defeat the Cowboys, what more can they do against the Los Angeles Rams in Week 6?

Lord have mercy on the Giants.