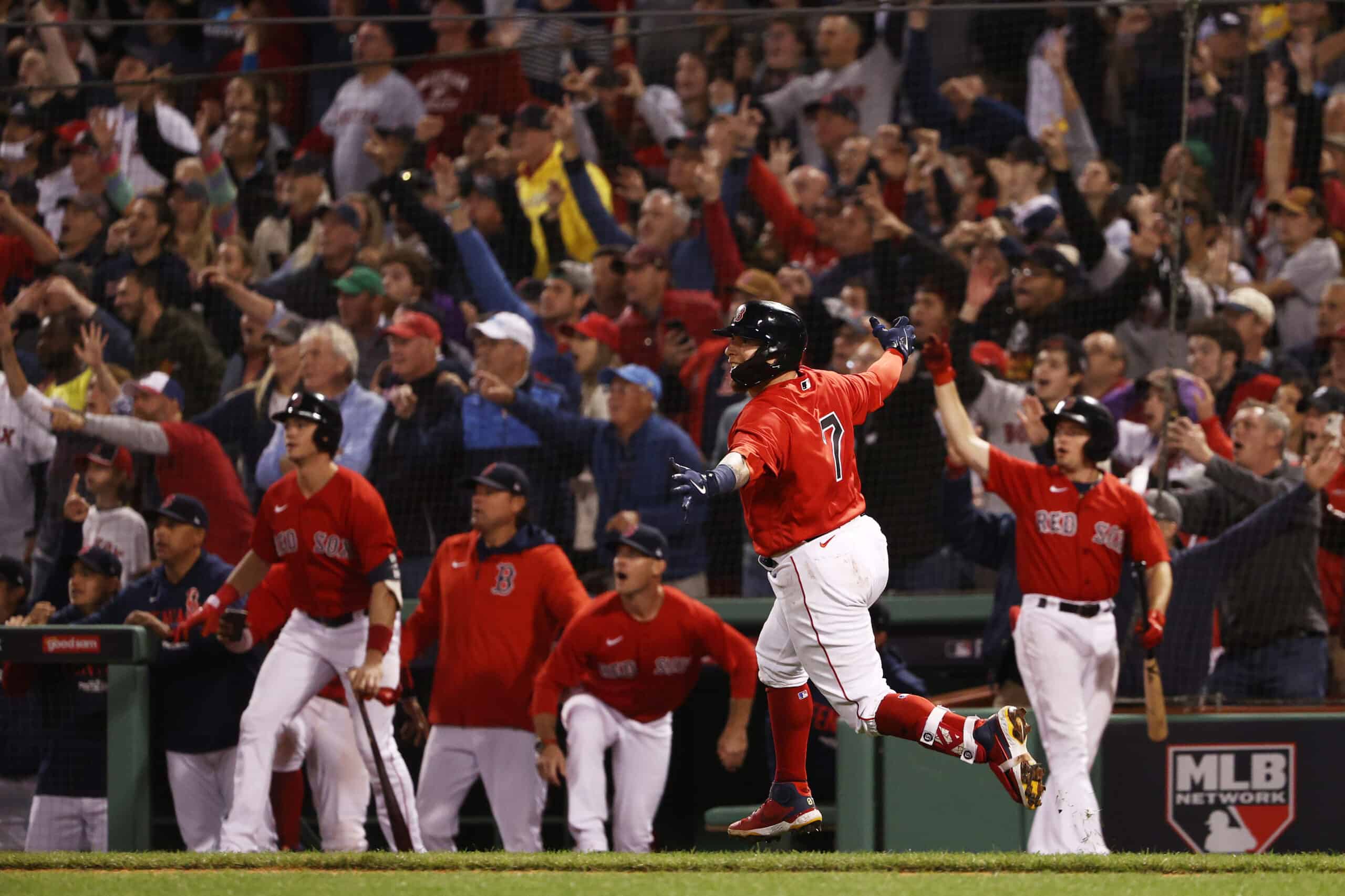 Christian Vazquez lifted the Boston Red Sox to a dramatic victory over the Tampa Bay Rays on Sunday night.

The two clubs entered the evening locked in a 1-1 ALDS tie, but Vazquez broke that tie in the 13th inning of Game 3 with a walk-off blast.

Boston is now a win away from ending Tampa Bay’s year.

Vazquez had a rocky regular season, and many Red Sox fans were vocal about their frustrations with the 31-year-old.

But after Sunday night, he’s the most popular man in Boston.

Vazquez Is Playing With New Life In The ALDS

Over the first three games of Boston’s ALDS with Tampa Bay, the former ninth-round pick is batting .333 with a .917 OPS.

Sure, the sample size is small, but playoff sample sizes are almost always on the smaller side.

The postseason isn’t about sustained success; it’s about getting hot at the right time.

And that’s what Vazquez is doing.

Vazquez, who is a free agent after the year, is redeeming himself after his poor regular season in which he posted an ugly slash line of .258/.303/.352.

He also posted an OPS+ of 75 and wRC+ of 77, so it’s fair to conclude that his production was well below league-average.

But clearly, he’s taking his frustrations out in the playoffs.

If he can find a way to keep his production up for the remainder of the 2021 playoffs, no one will remember how his regular season went.

Red Sox Now A Win Away From ALCS

The Red Sox emptied the tank in Game 3 against the Rays.

Boston played all of its cards.

The team exhausted six bullpen arms, including Nick Pivetta, who was the likely Game 4 starter.

(As an aside, Pivetta put on a show in this game. The Red Sox likely wouldn’t have won without his four shutout innings of relief work.)

Boston was willing to go to extreme lengths to secure a Game 3 victory, and it worked out.

But without Vazquez, there’s no telling if it would’ve.

Had the Red Sox lost this game in extras, winning the series would have become an absurdly tough task.

Given the state of the team’s pitching staff (from a fatigue and availability standpoint), Boston desperately needed to come away with a win on Sunday night.

Thanks in large part to Vazquez, it happened.

Vazquez will have under 24 hours to enjoy his walk-off blast before he’ll have to get back to work.

Red Sox manager Alex Cora said after Game 3 that Eduardo Rodriguez will likely start Game 4 for Boston, which usually means Vazquez will be behind the dish.

Rodriguez had a rough start to the postseason when he failed to make it out of the second inning in Game 1 of this ALDS.

He’ll look to bounce back on Monday night and pitch the Red Sox to a series-clinching victory.