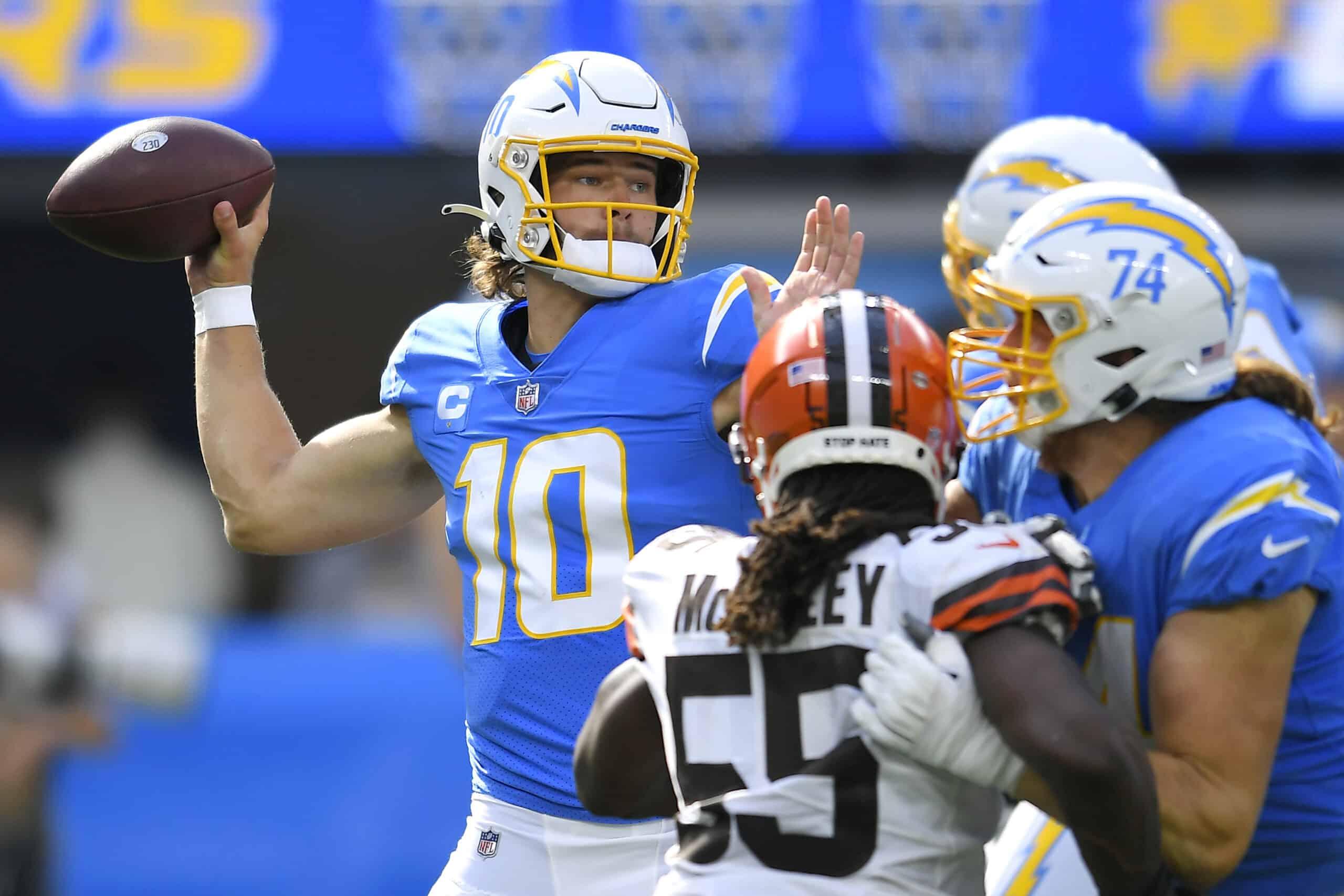 The Cleveland Browns and Los Angeles Chargers put on a show for NFL fans in Week 5.

Well, it was a show if you love offense and don’t care much for defense.

The final score was 47-42 in favor of the Chargers in a game that saw 41 combined points scored in the fourth quarter.

The Browns took a 42-35 lead with about five minutes remaining and somehow managed to lose 47-42.

Defense was not on display, but this game still represents a potential AFC Championship Game preview.

Justin Herbert went IN to help the Chargers beat the Browns 🔥 pic.twitter.com/NPECODh2eb

Baker Mayfield and Justin Herbert were making everything look easy in this one.

The talk all week was about his inaccuracy in Week 4 and the fact he is dealing with a labrum injury in his non-throwing shoulder.

He sure looked fine in Los Angeles as he finished with 305 yards and two touchdowns.

He and tight end David Njoku found a huge connection for 149 yards and the only real concern was his inability to connect with Odell Beckham Jr.

Yet that has been a story for quite some time now.

As for Herbert, he had his way with the Browns defense.

The second-year pro finished with four touchdowns and was just lofting the ball up to wide open receivers all day.

He also ran for 29 yards and a touchdown as he continues to look like one of the best young quarterbacks in the NFL.

Browns Offense Back On Track

The Browns only managed to score 14 points last week in a win against the Minnesota Vikings.

Everything was clicking against the Chargers and the fact the group did so well proves they are able to bounce back from tough games and take on the best of the best.

The team was down its starting left tackle and Mayfield still only took one sack on the day.

The story so far in the team’s two losses this season has not been the offense, but the defense and coordinator Joe Woods.

This felt like a playoff game and it is clear the Browns and Chargers are two of the best teams in the AFC.

Cleveland still has a lot to prove because while they are 3-2, both losses have come against other contenders in the Chargers and the Kansas City Chiefs.

Losing in close games is not going to cut it in the postseason.

The Chargers, meanwhile, have proven they can take down the best.

They are 4-1 and the only loss was a 20-17 affair against the Dallas Cowboys.

Los Angeles has already beaten the Chiefs, made the Las Vegas Raiders look awful, and has now won a shootout with the Browns.

A win over the Baltimore Ravens next week could mean the Chargers are the one team everyone else is looking up at in the AFC.