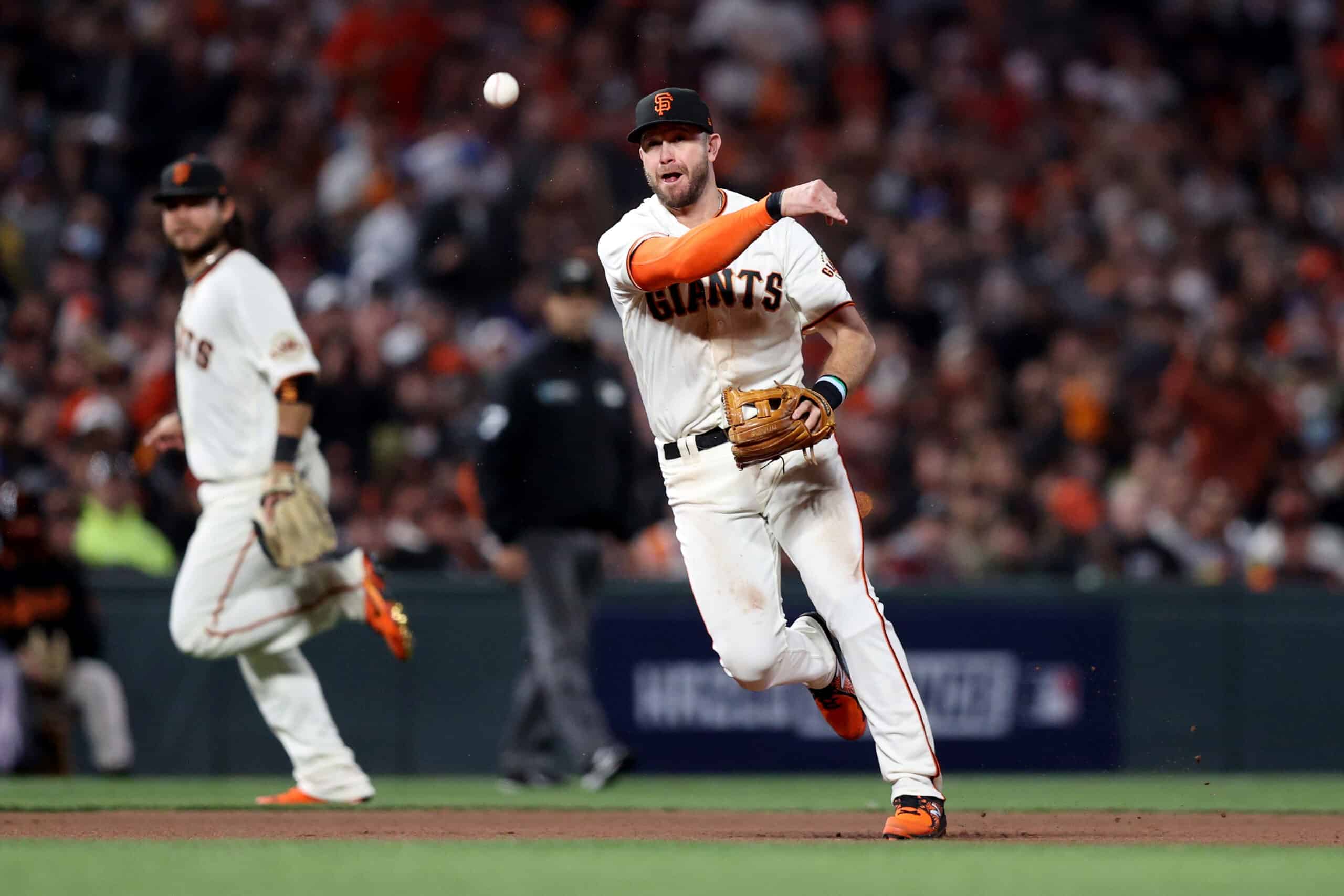 The San Francisco Giants and Los Angeles Dodgers are locked in a 1-1 NLDS tie.

On Monday night, the two clubs will meet for a pivotal Game 3.

Momentum is in L.A.’s favor, as the Dodgers won Game 2 to steal home-field advantage away from the Giants.

If San Francisco wants to take the momentum back, it’s going to need a few things to happen in Game 3.

Let’s get into it.

3. The Bullpen Needs To Carry Its Weight

San Francisco’s bullpen had a rough evening in Game 2.

Clearly, both players were key parts of the Giants’ success in the regular season.

But in Game 2, they combined to allow five runs over 1.1 innings.

Leone was the first arm out of the bullpen in the game for San Fran, and he gave up two runs over 0.2 innings of work.

Later on, Littell came in, and he gave up three runs over 0.2 innings of work.

Not the best day at the office.

Leone and Littell have been key guys for the Giants this season, but tonight the Dodgers are probably making Kapler and Young wary of using either of them in any upcoming leverage situations.

San Francisco is going to need its relievers to turn things around in Game 3 and beyond.

2. Evan Longoria Need To Step Up

When healthy, Evan Longoria was very productive for the Giants in the regular season.

Obviously, that’s a great player to have in your lineup.

But in the playoffs, Longoria has struggled so far.

He’s 0-for-7 over the first two games of this NLDS.

Unfortunately for the veteran, he’s sort of used to struggling in the postseason.

If the Giants want to take the series lead in Game 3 and ultimately advance to the NLCS, they’re going to need Longoria to rise to the occasion the rest of the way.

Alex Wood will get the ball for the Giants in Game 3.

He has lots of playoff experience, but this will be his first postseason start as a Giant.

He has a career ERA of 3.55 in the playoffs, and that looks pretty good.

But he also has a 5.79 postseason FIP, and that number suggests that he has been very, very fortunate to keep his ERA in the mid-3s.

It’ll be interesting to see how the dominoes fall for him on Monday night.

Will his regular-season success carry over into the playoffs?

The 30-year-old won the World Series last season with the Dodgers, but this year, he’s looking to help end L.A.’s season.